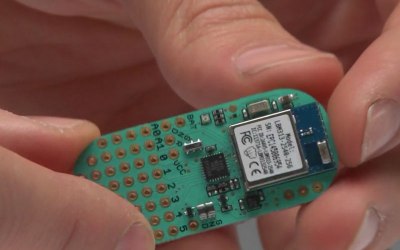 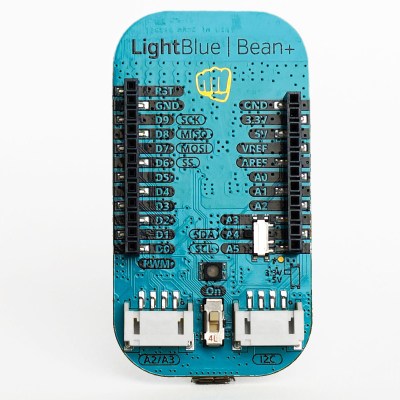 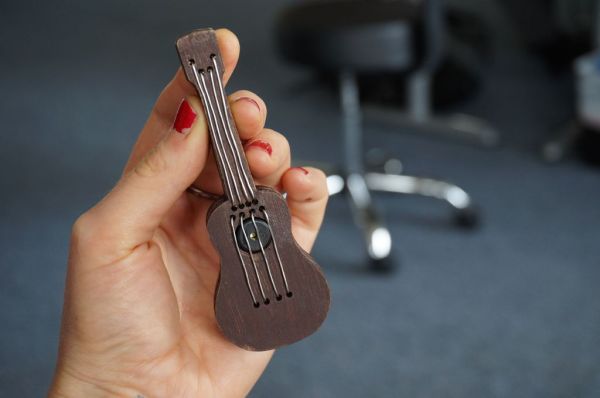 Everyone’s heard of the “World’s Smallest Violin,” but we think it’s time for something more upbeat. [Simone Giertz] of Punch Through Design has created a mini electric ukulele using a LightBlue Bean. The Bean is an Arduino-compatible microcontroller that you can wirelessly program using Bluetooth low energy (BLE).

The ukulele’s frame is made of laser-cut plywood.  Four 1M ohm resistors are soldered to individual wire strings. A different set of wire strings in the ukulele’s neck are connected to the same ground as the Bean. In order to play this tiny instrument, a finger must be kept on the “ground” strings while the other “tone” strings are touched by a different finger. [Simone] uses Arduino’s Capacitive Sensing Library to determine which string is being touched and what the tone will be (indicated in Hz). A piezo buzzer provides the sound. There is no need to fret when the battery is depleted from using this at an all-night luau: the frame can be unscrewed with easy access to the battery. [Simone] has uploaded the Bean’s code to GitHub.

There’s no shame going solo, but we’d enjoy a show of dueling mini-ukuleles. A duet with the 3D-printed ukulele is always a possibility. Or, play this little guy while running up and down some piano stairs while the kettle fife blows off some steam.  It’ll be a musical way to brighten anyone’s day. Check out the video of the mini ukelele after the break. You can also see more of [Simone’s] work at her website.