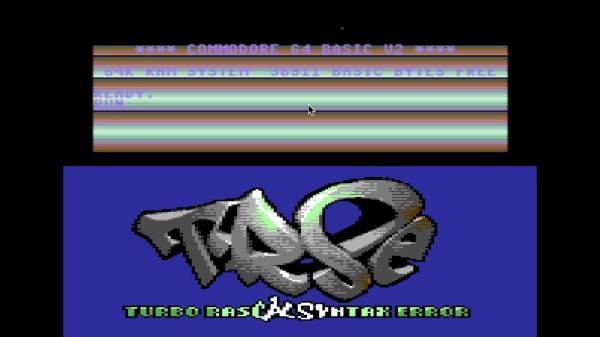 Pascal is not one of the biggest programming languages these days; it’s fallen into the background as the world moved on to newfangled things like C#, Python and Java. However, the language has its fans, one of whom put together a new compiler which targets retro platforms – and it goes by the name Turbo Rascal.

The list of supported platforms is extensive, with Turbo Rascal able to compile highly-optimized binaries for the C64, Amiga 500, BBC Micro, IBM PC, Atari ST, Game Boy, Amstrad, NES, ZX Spectrum, and more. There’s a usable IDE and even an included graphics editor for getting projects put together quickly. Also known by its full name of Turbo Rascal Syntax Error, or TRSE, it’s the work of one [Nicolaas Groeneboom].

The compiler runs on 64-bit Windows, Linux, and OS X, and there are extensive tutorial videos available on YouTube, too. Thus, there’s no excuse not to start developing a new retro game immediately. Check out the demo video below, and remember – as long as we keep using it, Pascal isn’t dead!

END_OF_DOCUMENT_TOKEN_TO_BE_REPLACED 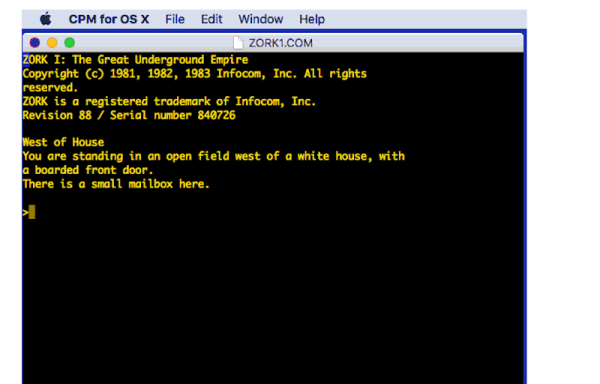 In case you wanted to run WordStar on your Mac, [Tom Harte] offers CP/M for OS/X, and it looks like it would be a lot of fun. Of course you might be happier running Zork or Turbo Pascal, and you can do that, too.

There are plenty of Z80 emulators that can run CP/M, but what we found most interesting about this one is that it is written in Objective C, a language with a deep history in the Mac and NeXT worlds.

END_OF_DOCUMENT_TOKEN_TO_BE_REPLACED 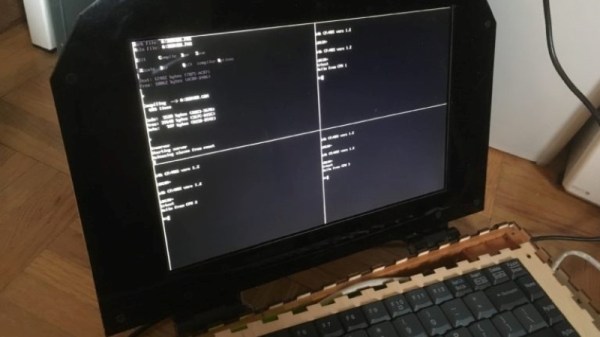 When life hands you a ridiculously expensive and massively powerful FPGA dev board, your first reaction may not be to build a 16-core Z80 laptop with it. If it’s not, perhaps you should examine your priorities, because that’s what [Chris Fenton] did, with the result being the wonderfully impractical “ZedRipper.”

Our first impression is that we’ve got to start hanging around a better class of lab, because [Chris] came by this $6000 FPGA board as the result of a lab cleanout; the best we ever scored was a few old Cat-5 cables and some power strips. The Stratix FPGA formed the heart of the design, surrounded by a few breakout boards for the 10.1″ VGA display and the keyboard, which was salvaged from an old PS/2. The 16 Z80 cores running in the FPGA are connected by a ring-topology network, which [Chris] dubs the “Z-Ring”. One of the Z80 cores, the server core, runs CP/M 2.2 and a file server called CP/NET, while the other fifteen machines are clients that run CP/NOS. A simple window manager shows 80 x 25 character terminal sessions for the server and any three of the clients at once, and the whole thing, including a LiPo battery pack, fits into a laser-cut plywood case. It’s retro, it’s modern, it’s overkill, and we absolutely love it.

Reading over [Chris]’s build log puts us in the mood to break out our 2019 Superconference badge and try spinning up a Z80 of our own. If you decide to hack the FPGA-est of conference badges, you might want to check out what [Sprite_TM] has to say about it. After all, he designed it. And you’ll certainly want to look at some of the awesome badge hacks we saw at Supercon.

Thanks to [yNos] for the tip. 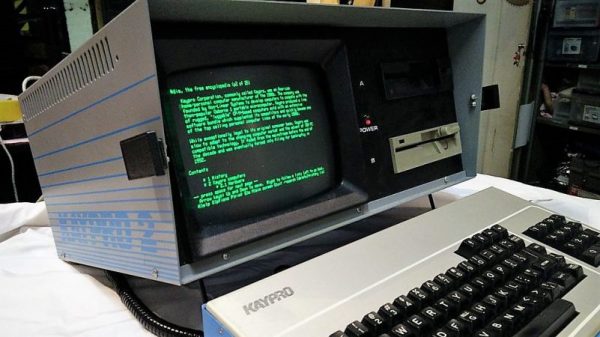 This picture was taken by using a DRAM chip as an image sensor (translated). A decapped 64k DRAM chip was combined with optics that could focus an image onto the die. By reading data out of the DRAM, the image could be constructed.

DRAM is the type of RAM you find on the RAM cards inserted into your motherboard. It consists of a massive array of capacitors and transistors. Each bit requires one transistor and one capacitor, which is quite efficient. The downside is that the memory needs to be refreshed periodically to prevent the capacitors from discharging.

Exposing the capacitor to light causes it to discharge faster. Once it has discharged past a certain threshold, the bit will flip from one to zero. To take a picture, ones are written to every bit in the DRAM array. By timing how long it takes a bit to flip from one to zero, the amount of light exposure can be determined. Since the DRAM is laid out in an array, each bit can be treated as a pixel to reconstruct the image.

Sure, modern CCDs are better, cheaper, and faster, but this hack is a neat way to totally re-purpose a chip. There’s even Turbo Pascal source if you’d like to recreate the project.

Thanks to [svofski] for the tip.