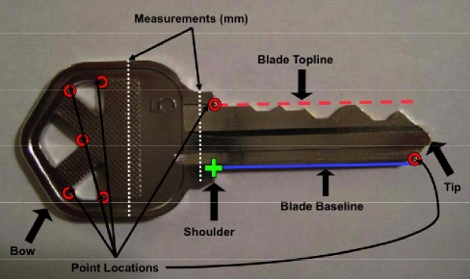 Remember Mauritius from High School geography? We didn’t either, but apparently it’s a small island nation east of the southern tip of Africa. It seems they are trying to develop an industry in eco-friendly data centers. The plan is to use a pipeline to gather cold water from the ocean, run it two miles to the island, and use it as inexpensive cooling. Because rooms packed with servers generate copious amounts of heat it’s easy to see how this can reduce the cost of maintaining a data center.

The thing that struck us here is, how eco-friendly is this? The article mentions that this technology is fairly mature and is already used in several places. With that in mind, isn’t this just another way to raise the temperature of the oceans, or does the environmental savings of not using electricity or gas to produce the cooling offset this?

The Wii-Optical-Drive-Emulator (WODE) makes it possible to load Wii and GameCube ISO files from an SD card or USB storage device. This hack uses the ribbon cable for the optical drive to connect to the Wii, requiring no soldering. The WODE is based on an ARM9 processor, runs Linux, and features a backlit LCD screen and 4-way center click joystick. Storage can be hot plugged and then an ISO selected using the stick and LCD display. Selected ISO files appear in the game channel as if an original disc had just been inserted into the drive.

The developers claim that a Wii firmware upgrade will not be able to lock out the WODE. There is also a second ribbon-cable connector to use as a pass-through, giving the option to keep the optical drive hooked up if you so desire. Now the race is on for a replacement case that can house all of this new hardware and still look nice like the original. We wouldn’t be surprised to see a homebrew channel program that allows ISO selection without having to walk over to the console.

The original report (in dutch) is a dead link so here’s the Google cache copy translated. These links came via the translated Tweakers article (here’s the original Dutch). Video after the break. Don’t pirate video games!

END_OF_DOCUMENT_TOKEN_TO_BE_REPLACED

Texas Instruments has issued a DMCA notice to United TI, a group of enthusiasts. They had been cracking the keys that sign the operating system binaries in an attempt to gain access and possibly expand on the features. This seems, at least a little counter productive to us. Texas Instruments doesn’t sell the operating system separately do they? These people were buying their product and expanding on it. There is no difference in their income, except possibly a gain as people flock to the one they can modify. Maybe they are charging more for an expanded feature set that is crippled in the OS.

Reader [Nikolaus] decided that instead of using an existing image based bar code decoder, he would write his own. Using the Processing language he created a scanner that parsed the black and white pattern when a bar code was centered on the image. His code then parsed that data and compared it with the initializing character to provide a reference. Currently his scanner supports three character sets of the Code 128 encoding, and provided his complete code so that others could add as they see fit. He admits that the code is a bit messy due to the lengthy character tables, but very straight forward.

[Jake] never ceases to amaze with his inventions, from his Powered respirator to his Steampunk LCD and more. Today he proves that not every hack has to be an amazing one requiring hundreds of hours, tons of soldering, and an Arduino. Instead, he was tired of being charged $50 for a $5 cabin air filter. With a quick squeeze he had access to the filter bay. It was only a matter of finding a similar filter at a home improvement store and then using a scrap wood jig, he could cut and glue his own filter. It’s stuff like this that tends to make us think, what else are we getting ripped off on? 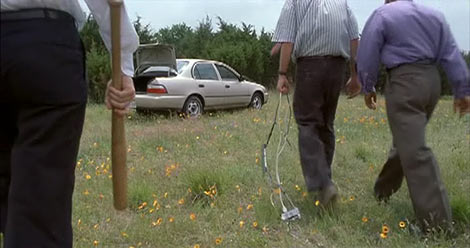