We have to admit, it was hard not to be insufferably smug this week when Facebook temporarily went dark around the globe. Sick of being stalked by crazy aunts and cousins, I opted out of that little slice of cyber-hell at least a decade ago, so Monday’s outage was no skin off my teeth. But it was nice to see that the world didn’t stop turning. More interesting are the technical postmortems on the outage, particularly this great analysis by the good folks at the University of Nottingham. Dr. Steve Bagley does a great job explaining how Facebook likely pushed a configuration change to the Border Gateway Protocol (BGP) that propagated through the Internet and eventually erased all routes to Facebook’s servers from the DNS system. He also uses a graphical map of routes to show peer-to-peer connections to Facebook dropping one at a time, until their machines were totally isolated. He also offers speculation on why Facebook engineers were denied internal access, sometimes physically, to their own systems.

It may be a couple of decades overdue, but the US Federal Communications Commission finally decided to allow FM voice transmissions on Citizen’s Band radios. It seems odd to be messing around with a radio service whose heyday was in the 1970s, but Cobra, the CB radio manufacturer, petitioned for a rule change to allow frequency modulation in addition to the standard amplitude modulation that’s currently mandatory. It’s hard to say how this will improve the CB user experience, which last time we checked is a horrifying mix of shouting, screaming voices often with a weird echo effect, all put through powerful — and illegal — linear amps that distort the signal beyond intelligibility. We can’t see how a little less static is going to improve that.

Can you steal a car with a Game Boy? Probably not, but car thieves in the UK are using some sort of device hidden in a Game Boy case to boost expensive cars. A group of three men in Yorkshire used the device, which supposedly cost £20,000 ($27,000), to wirelessly defeat the security systems on cars in seconds. They stole cars for garages and driveways to the tune of £180,000 — not a bad return on their investment. It’s not clear how the device works, but we’d love to find out — for science, of course.

There have been tons of stories lately about all the things AI is good for, and all the magical promises it will deliver on given enough time. And it may well, but we’re still early enough in the AI hype curve to take everything we see with a grain of salt. However, one area that bears watching is the ability of AI to help fill in the gaps left when an artist is struck down before completing their work. And perhaps no artist left so much on the table as Ludwig von Beethoven, with his famous unfinished 10th Symphony. When the German composer died, he had left only a few notes on what he wanted to do with the four-movement symphony. But those notes, along with a rich body of other works and deep knowledge of the composer’s creative process, have allowed a team of musicologists and AI experts to complete the 10th Symphony. The article contains a lot of technical detail, both on the musical and the informatics sides. How will it sound? Here’s a preview:

And finally, Captain Kirk is finally getting to space. William Shatner, who played captain — and later admiral — James Tiberius Kirk from the 1960s to the 1990s, will head to space aboard Blue Origin’s New Shepard rocket on Tuesday. At 90 years old, Shatner will edge out Wally Funk, who recently set the record after her Blue Origin flight at the age of 82. It’s interesting that Shatner agreed to go, since he is said to have previously refused the offer of a ride upstairs with Virgin Galactic. Whatever the reason for the change of heart, here’s hoping the flight goes well. 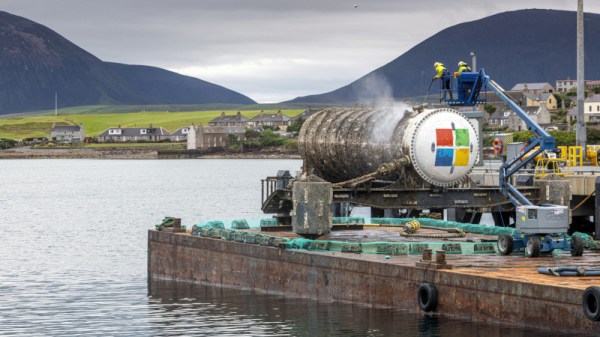 Back in 2018, Microsoft began Project Natick, deploying a custom-designed data center to the sea floor off the coast of Scotland. Aiming to determine whether the underwater environment would bring benefits to energy efficiency, reliability, and performance, the project was spawned during ThinkWeek in 2014, an event designed to share and explore unconventional ideas.

This week, Microsoft reported that the project had been a success. The Northern Isles data center was recently lifted from the ocean floor in a day-long operation, and teams swooped in to analyse the hardware, and the results coming out of the project are surprisingly impressive.

END_OF_DOCUMENT_TOKEN_TO_BE_REPLACED 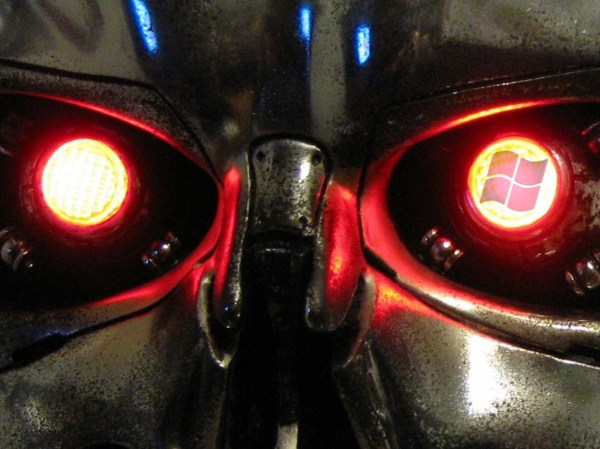 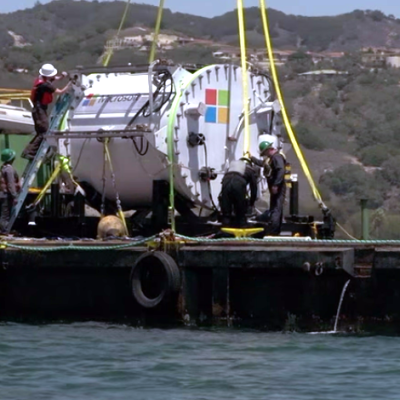 END_OF_DOCUMENT_TOKEN_TO_BE_REPLACED

Running a data center takes a lot of work, and even making sure the ambient temperature for hundreds of boxes is in the proper range is an arduous task. When faced with the prospect of installing hundreds of temperature sensors in an EMC data center, [Vivek] had a better idea: put just a few sensors on a robot and drive around the racks. With the right software, it’s a breeze to automate the process and build a near real-time temperature monitoring solution for a huge data center.

The data center robot is based on a iRobot Create, basically a Roomba without a vacuum. Attached to the robot is a netbook, Arduino, and a PVC mast housing three temperature sensors and a USB webcam.

Using the floor of the data center for navigation, the robot canvasses the racks sending temperature data back to a server via WiFi. From there, the temperatures can be graphed to make sure the racks aren’t too hot or too cold.

You can check out a video of the robot in action after the break.

END_OF_DOCUMENT_TOKEN_TO_BE_REPLACED Remember Mauritius from High School geography? We didn’t either, but apparently it’s a small island nation east of the southern tip of Africa. It seems they are trying to develop an industry in eco-friendly data centers. The plan is to use a pipeline to gather cold water from the ocean, run it two miles to the island, and use it as inexpensive cooling. Because rooms packed with servers generate copious amounts of heat it’s easy to see how this can reduce the cost of maintaining a data center.

The thing that struck us here is, how eco-friendly is this? The article mentions that this technology is fairly mature and is already used in several places. With that in mind, isn’t this just another way to raise the temperature of the oceans, or does the environmental savings of not using electricity or gas to produce the cooling offset this?