3D printing is getting better every year, a tale told by dozens of Makerbot Cupcakes nailed to the wall in hackerspaces the world over. What was once thought impossible – insane bridging, high levels of repeatability, and extremely well-tuned machines – are now the norm. We’re still printing with supports, and until powder printers make it to garages, we’ll be stuck with that. There’s more than one way to skin a cat, though. It is possible to print complex 3D objects without supports. How? With pre-printed supports, of course.

[Markus] wanted to print the latest comet we’ve landed on, 67P/Churyumov–Gerasimenko. This is a difficult model for any 3D printer: there are two oversized lobes connected by a thin strand of comet. There isn’t a flat space, either, and cutting the model in half and gluing the two printed sides together is certainly not cool enough.

To print this plastic comet without supports, [Markus] first created a mold – a cube with the model of the comet subtracted with a boolean operation. If there’s one problem [Markus] ran into its that no host software will allow you to print an object over the previous print. That would be a nice addition to Slic3r or Repetier Host, and shouldn’t be that hard to implement.

In the early days of transistors, RCA and GE were battling against silicon with ever smaller vacuum tubes. These tubes – Nuvistors, Compactrons, and some extremely small JAN triodes were some of the tiniest tubes to ever be created. [glasslinger], YouTube’s expert on DIY valves, is pretty close to beating the tiniest tubes that were ever manufactured. He’s created a miniature diode and triode that are about 1/4″ in diameter and 1″ long.

The most difficult part of making a vacuum tube is getting a perfect glass seal around the pins. For this, [glasslinger] is using very fine tungsten wire and glass beads. A bead is placed around each wire, mounted in a stand, and melted together with a torch.

A diode is simple as far as tubes go, requiring only a filament between two pins. [glasslinger] is just stringing a fine piece of wire between two pins and welding them on with a miniature spot welder. After that, it’s just an issue of melting a 1/4″ glass tube to the base of the tube, putting it under vacuum overnight, and sealing it shut. 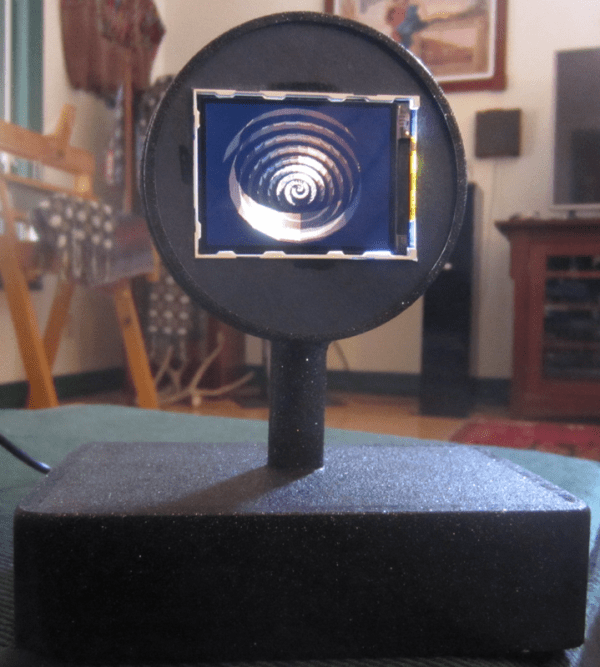 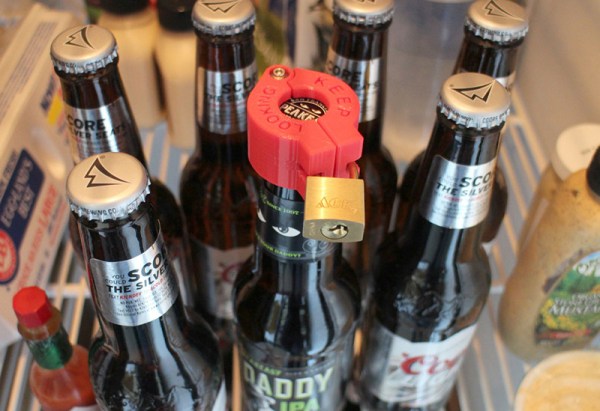 Have a nice, refreshing IPA sitting in the fridge along with a ton of other beers that have ‘Light’ or ‘Ice’ in their name? Obviously one variety is for guests and the other is for hosts, but how do you make sure the drunkards at your house tell the difference? A beer bottle lock, of course.

Because all beer bottles are pretty much a standard size, [Jon-A-Tron] was able to create a small 3D printed device that fit over the bottle cap. The two pieces are held together with a 4-40 hex screw, and the actual lock comes from a six-pack of luggage padlocks found at the hardware store.

It’s a great device to keep the slackers away from the good stuff, and also adds a neat challenge to anyone that’s cool enough to know basic lock picking. Of course, anyone with a TSA master key can also open the beer lock, but if you’re hosting a party with guest who frequently carry master keys around with them, you’re probably having too good of a time to care.

Back in the bad ‘ol days of computing, hard drives cost as much as a car, and floppy drives were incredibly expensive. The solution to this data storage problem offered by all the manufacturers was simple – an audio cassette. It’s an elegant solution to a storage problem, and something that has applications today.

[Jari] was working on a wearable message badge with an 8-pin ATTiny. To get data onto this device, he looked at his options and couldn’t find anything good; USB needs two pins and the firmware takes up 1/4 of the Flash, UART isn’t available on every computer, and Bluetooth and WiFi are expensive and complicated. This left using audio to send digital data as the simplest solution.

[Jari] went through a ton of Wikipedia articles to figure out the best modulation scheme for transferring data with audio. What he came up with is very simple: just a square wave that’s changed by turning a pin off and on. When the audio is three samples long without crossing zero, the data is 0. When it’s five samples long without crossing zero, the data is 1. There’s a 17-sample long sync pulse, and with a small circuit that acts as a zero crossing detector, [Jari] had a simple circuit that would transfer data easily and cheaply.

All the code for this extremely cheap modem is available on GitHub.