Scratch is the graphical block-structured language developed by MIT for teaching kids to program. You may have seen Lego robots programmed with similar blocks as well as Android App Inventor. In this incarnation, the blocks control a virtual robot (the beetle) that can extrude a tube behind it as it moves. The beetle is reminiscent of the Logo turtle except the beetle moves in three dimensions. The system is actually closer to Snap, which is a reimplementation of Scratch that allows custom blocks.

END_OF_DOCUMENT_TOKEN_TO_BE_REPLACED

You’ve probably seen the ads and heard the buzz about the movie “The Martian”, where a Mars astronaut, Mark Watney, is left on the planet and presumed dead. You may have read our previous article about the eponymous book by Andy Weir. That article wondered if the movie would do justice to the book.

In summary, Watney survives by creating one glorious, but realistic, hack after another. NASA and the other astronauts support him by coming up with some marvelous hacks along the way. One, encompassing the entire spaceship containing the surviving astronauts, is developed by 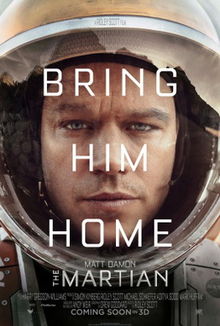 the ship’s Captain, Melissa Lewis. Okay, that one may not be totally realistic but it’s mind blowing.

Reading about the hacks is one thing. Seeing them on the screen adds another dimension. Matt Damon, as Watney, mixing his own waste with water to fertilize potatoes is an image you cannot create in your mind’s eye.

One usual trick Hollywood plays is to switch the actions of minor characters to the major characters. That leaves out the ‘little guy’ in the backroom who frequently has the great idea. Often that’s us. Here they kept the woman who first saw Watney moving equipment on Mars and the astrophysicist who, well, I won’t spoil it, saved the day.

For hackers, this movie should be paired with “Interstellar”, because of their fidelity to science. “The Martian” contains actual NASA technology and plans for Mars missions. “Interstellar”, well, what can you say bad about a movie that originated in the mind of Caltech Theoretical Physicist, Kip Thorne. The science in this movie is so real Thorne wrote an entire book describing it, and managed a few scientific papers based on the research required to accurately present the black hole.

It’s a wondrous trend to see science fiction movies based on real science and not being dumbed down to the point of insult. You know it has to be good if XKCD did a comic. Surprisingly, Hollywood didn’t do a ‘hack’ job on either of these movies.

Movie trailer after the break.

END_OF_DOCUMENT_TOKEN_TO_BE_REPLACED

In the old days, a serial port often connected to an acoustic coupler that gripped a phone handset and allowed a remote connection to a far away serial port (via another phone and acoustic coupler) at a blistering 300 baud or less. The acoustic coupler would do the job of converting serial data to audio and reconstituting it after its trip through the phone lines. Modems advanced, but have mostly given way to DSL, Cable, Fiber, and other high speed networking options.

In a decidedly retro move, [James Halliday] and [jerky] put a modern spin on that old idea. They used the webaudio API to send serial data to a remote Arduino. The hack uses a FET, a capacitor, and a few resistors. They didn’t quite build a real modem with the audio. Instead, they basically spoof the audio port into sending serial data and recover it with the external circuitry. They also only implement serial sending (so the Arduino receives) so far, although they mention the next step would be to build the other side of the connection.

END_OF_DOCUMENT_TOKEN_TO_BE_REPLACED

There are a lot of stupid things you can do with the ports on your computer. The best example is the Etherkiller, an RJ45 plug wired directly to a mains cable. Do not plug that into a router. USB is a little trickier, but with a sufficient number of caps, anyone can build a USB killer that will fry any computer (.ru, Google Translatrix)

The USB Killer v2.0 is [Dark Purple]’s second version of this device. The first version was just a small board with a DC/DC converter, a few caps, and a FET. When plugged in to a computer, the converter would charge the caps up to -110V, dump that voltage into the USB signal wires, and repeat the entire process until the computer died. This second version is slightly more refined, and it now dumps -220V directly onto the USB signal wires. Don’t try this at home.

So, does the device work? Most definitely. A poor Thinkpad X60 was destroyed with the USB killer for purposes of demonstration in the video below. This laptop was originally purchased just for the test, but the monster who created the USB killer grew attached to this neat little laptop. There’s a new motherboard on the way, and this laptop will live again.

END_OF_DOCUMENT_TOKEN_TO_BE_REPLACED

There’s something decidedly science fiction-like about electrochromatic glass. A wave of a hand or a voice command and the window goes dark (or goes transparent). You can get glass like this today or you can add (pricey) film to existing glass, if you prefer.

[Artem Litvinovich] thought about using LCDs as window panes twenty years ago, but the cost was, of course, prohibitive. He recently realized that he had easy access to LCDs out of broken laptops and decided to see if it would be useful as a small window.

END_OF_DOCUMENT_TOKEN_TO_BE_REPLACED 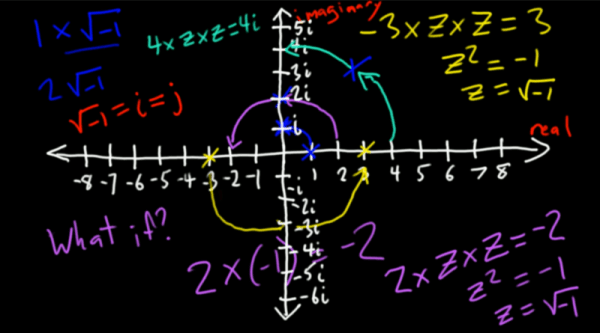 If you’re just getting into software-defined radio (SDR) but you find some of the math and/or terminology a bit of hurdle, you could absolutely do worse than to check out these SDR tutorials by [Michael Ossmann]. While they’re aimed at people using his HackRF One tool (which we love), most of the tutorial videos are very generally applicable, and we realized that we hadn’t mentioned them explicitly before. Shame on us!

Ossmann focuses on SDR using the open-source GNURadio Companion GUI tool, which makes implementing a lot of cool SDR techniques as easy as dragging and dropping items into a flow diagram. If you want an overview of GNURadio or SDR in general, these videos are a must-watch.

In particular, we loved his entries on complex numbers and complex numbers in DSP because he goes through the whole rationale behind using imaginary numbers in radio work with a graphical presentation that helps add rationale to the otherwise slightly spooky math. Heck, watch these two even if you’re not interested in radio.

So if you’re looking for a relatively painless way to get into SDR, grab yourself an RTL-SDR dongle, burn yourself a GNURadio Live DVD, and work through these videos.

Over on Hackaday.io, [Dave Vandenbout] has posted the CAT board, a Raspberry Pi hat that features a Lattice FPGA, 32 MB of RAM, EEPROM, and a few Grove and PMOD connectors. The CAT takes advantage of the open source tool chain available for Lattice including the Python-based MyHDL (although, you could just use Verilog directly, if you prefer) and Icestorm. One interesting point: you can run the tool chain on the Raspberry Pi, resulting in a self-contained and largely portable FPGA development environment.