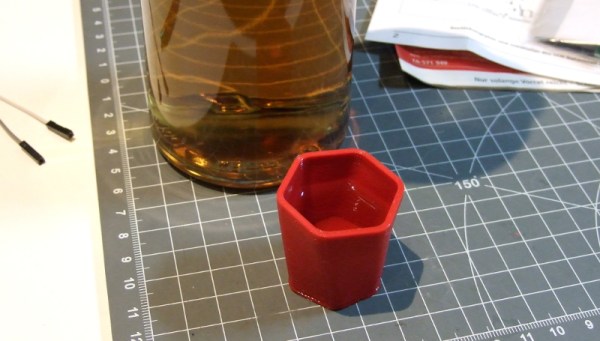 We recently ran a post about a cute little 3D printed elephant that could dispense booze. The design didn’t actually have the plastic touching the liquid — there was a silicone tube carrying the shots. However, it did spark a conversation at the secret Hackaday bunker about how safe it is to use 3D printed objects for food. In particular, when I say 3D printing, I’m talking fused deposition modeling. Yes, there are other technologies, but most of us are printing using filament laid out in layers with a hot nozzle.

There’s a common idea that ABS is bad in general, but that PET and PLA are no problem because there are food-safe versions of those plastics available. However, the plastic is only a small part of the total food safety picture. Let me be clear: I am not a medical professional and although my computers have run a few plastics plants in years past, I am not really an expert on polymer chemistry, either. However, I don’t use 3D printed materials to hold or handle food and while you might not drop dead if you do, you might want to reconsider.

END_OF_DOCUMENT_TOKEN_TO_BE_REPLACED 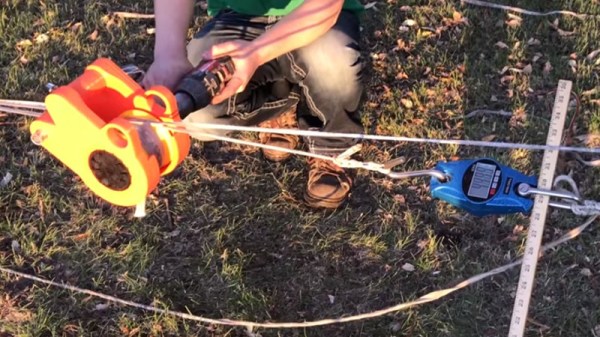 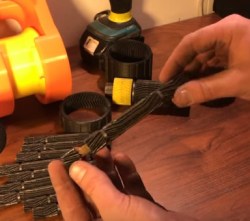 END_OF_DOCUMENT_TOKEN_TO_BE_REPLACED

The Teensy platform is very popular with hackers — and rightly so. Teensys are available in 8-bit and 32-bit versions, the hardware has a bread-board friendly footprint, there are a ton of Teensy libraries available, and they can also run standard Arduino libraries. Want to blink a lot of LED’s? At very fast update rates? How about MIDI? Or USB-HID devices? The Teensy can handle just about anything you throw at it. Driving motors is easy using the standard Arduino libraries such as Stepper, AccelStepper or Arduino Stepper Library.

But if you want to move multiple motors at high micro-stepping speeds, either independently or synchronously and without step loss, these standard libraries become bottlenecks. [Lutz Niggl]’s new TeensyStep fast stepper control library offers a great improvement in performance when driving steppers at high speed. It works with all of the Teensy 3.x boards, and is able to handle accelerated synchronous and independent moves of multiple motors at the high pulse rates required for micro-stepping drivers.

The library can be used to turn motors at up to 300,000 steps/sec which works out to an incredible 5625 rpm at 1/16 th micro-stepping. In the demo video below, you can see him push two motors at 160,000 steps/sec — that’s 3000 rpm — without the two arms colliding. Motors can be moved either independently or synchronously. Synchronous movement uses Bresenham’s line algorithm to plan motor movements based on start and end positions. While doing a synchronous move, it can also run other motors independently. The TeensyStep library uses two class objects. The Stepper class does not require any system resources other than 56 bytes of memory. The StepControl class requires one IntervallTimer and two channels of a FTM  (FlexTimer Module) timer. Since all supported Teensys implement four PIT timers and a FTM0 module with eight timer channels, the usage is limited to four StepControl objects existing at the same time. Check out [Lutz]’s project page for some performance figures.

As a comparison, check out Better Stepping with 8-bit Micros — this approach uses DMA channels as high-speed counters, with each count sending a pulse to the motor.

Thanks to [Paul Stoffregen] for tipping us off about this new library. END_OF_DOCUMENT_TOKEN_TO_BE_REPLACED