Sure, it’s tough to grind your way through the process of learning to drive a manual. The curve is steep, and in a way, the reward is a lifetime of extra work to operate the car. But I don’t see it that way. Yes, the manual transmission requires constant effort and attention, especially in stop-and-go traffic, but the instincts and physical motions that move the car quickly become second nature. It sounds a bit touchy-feely, but you really are one with the car when you drive a manual. Plus, the limb interdependence you gain from developing this coordination can make you feel like { insert: whomever you think is the best drummer of all time } as you’re shifting and drifting.

The way I see it, the advantages of increased control far outweigh the disadvantages of inconvenience. I don’t think we should lull ourselves into a false sense of security where cars are concerned and keep giving up control little by little. We are strapping ourselves and our children into two-thousand pound death machines here — we should want as much control as possible.

It’s ultimately my car and my safety that are at stake, and having such control over the car gives me peace of mind. I’m not out there racing or going off-road or anything, but I live in a place that gets a wide variety of winter weather, and I want a car that’s good in the clutch. With a stick, I can downshift to slow the car down instead of just hitting the anti-lock brakes and hoping for the best. Plus, if the battery dies in the middle of nowhere, chances are good that I can roll-start the car given a sufficient hill.

Automatic for the People

There’s more to the technological shift than the convenience versus control debate. The automatic transmission appeared around 1940 and was a total luxury item at first, kind of like cars that parallel park themselves today.

For the first several decades of of their existence, automatics were seen as mechanically inferior compared to the precision of manual transmission cars. But people kept buying automatics, and automatic transmission technology kept driving forward, fueled by the average consumer’s interest in the undeniable convenience. Now, automatic transmissions are largely computer-controlled, and it’s impossible to argue that a human can shift faster.

As the video points out, there are some cars that straddle the line between manual and automatic in an attempt to balance the power between man and machine. Some of them are semi-automatic, meaning you have a little more control than just downshifting from D to L on a hill, but there’s only one clutch. My husband’s Acura RSX is a semi-manual — an automatic with a manual mode that lets you flick the gear shifter up and down (the wrong way!) to change gears. It has two clutches, but both are computer controlled, so it’s pretty fake feeling compared to total mechanical control of a true manual. 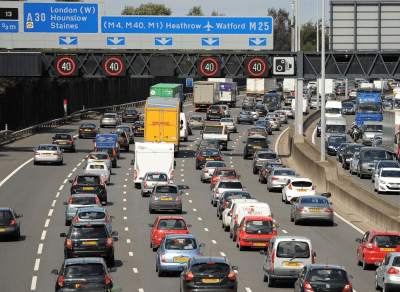 A Tale of Two Continents

The decline of the stick shift seems to be a strictly American phenomenon, which is somewhat ironic given the history of American car culture. The stick still has a firm stake in European car markets, though.

Given that hills and stop-and-go traffic exist there, too, I figure the downshift in American sales of manuals must be a matter of taste, or come down to lifestyle differences.

In the UK, automatics are still a sort of luxury. If you learn on an automatic, your license reflects that — and you’re simply not allowed to drive a manual. It’s difficult to imagine the opposite — as in, needing a special license to drive a stick in the States, but if it came to that, I would obtain it quickly and carry it proudly.

301 thoughts on “Sticking Up For The Stick Shift”