END_OF_DOCUMENT_TOKEN_TO_BE_REPLACED

The “Spin Cycle” is an amazing electric bicycle built using a motor salvaged from a washing machine; when the puns are this perfect you have to roll with them. [jimminecraftguy’s] creation is one of the most hacked-together yet functional electric vehicle we’ve seen in a long time.

The drive train of this bicycle starts with a brushless DC motor from a washing machine. It has been slightly modified to run on 48 volts, and is installed inside the triangle of the bike’s frame. It has a chain driving the bike’s crank, retaining the original chain and gearing setup (unlike many electric bike hacks that utilize hub motors). The crank has also been specially modified to include a freewheel, a necessary feature so that the motor can operate without spinning the pedals. Everything except the motor has been custom fabricated including the mounts and the electronics.

[jimminecraftguy] reports speeds of 110 kph which is a little crazy for a 20-year-old aluminum frame bike, and we’d guess it’s not street legal in many jurisdictions, but we can’t really find much fault with this build in general based on the amount of innovation required to get this working at all. A few more improvements for the build are in the works, including improved batteries and a cover for the sides to keep the local law enforcement from getting too suspicious. We can’t wait to see the final version. END_OF_DOCUMENT_TOKEN_TO_BE_REPLACED 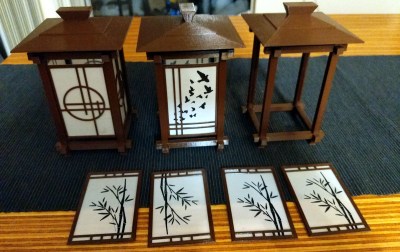