Lab equipment is often expensive, but budgets can be tight and not always up to getting small labs or researchers what they need. That’s why [akshay_d21] designed an Open Source Lab Rocker with a modular tray that uses commonly available hardware and 3D printed parts. The device generates precisely controlled, smooth motion to perform automated mild to moderately aggressive mixing of samples by tilting the attached tray in a see-saw motion. It can accommodate either a beaker or test tubes, but since the tray is modular, different trays can be designed to fit specific needs.

Source code and schematics are available from [akshay_d21]’s Google Drive and the 3D models are also available from the National Institute of Health’s 3D Print Exchange. A demonstration video is embedded below, in which you can see how smooth and controlled the motions are.

END_OF_DOCUMENT_TOKEN_TO_BE_REPLACED 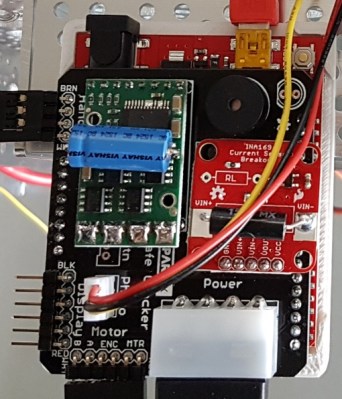 Sometimes finding a short-circuit is easy, especially after the magic smoke has escaped. Finding a short on a newly etched or milled board though, can be a maddening task. Many of us have been there – wrestling with multimeter probes under a magnifier trying to find the offending bit of copper that is the source of all our problems. [Jaromir] designed Shorty to make this task a little bit easier.

Shorty is a short-circuit finder – but it’s not exactly like the one you would find on a typical multimeter.  [Jaromir] used MCP6041 Op-Amp to detect resistances down to the order of tens of milliohms. Determining an exact resistance measurement at these levels would require a heck of a lot of calibration. When looking for a short though, [Jaromir] is only concerned with the relative value – is he getting closer to or further away from the short. He determines this by sound. The Op-Amp output is sent to the Pro Trinket’s ADC input. The trinket drives a speaker with lower or higher tones based upon the ADC voltage. Much like the childhood game of “hot and cold”, Shorty will direct you right to your short!

There’s still time to enter the Trinket Everyday Carry Contest. The main contest runs until January 2, but we’re having random drawings every week! Don’t forget to write a project log before the next drawing at 9pm EST on Tuesday, December 30th. You and all of the other entrants have a chance to win a Teensy 3.1 from The Hackaday Store!

[Vasilis] has entered Lazydoro in the Trinket Everyday Carry Contest.  Lazydoro is designed to get him up off his backside, and walking around. Recent medical research has determined that sitting too long is a bad thing. In fact,  Dr. David Agus has been quoted by Nike as saying that sitting for several hours is as bad as smoking (wayback machine link). While we’re not exactly up on the latest medical trends, we can definitely see that getting up and walking around a bit never hurt anyone. Lazydoro will alert [Vasilis] once every 20 minutes or so to get up and stretch his legs a bit.

[Vasilis] plans to pair a Pro Trinket with an accelerometer module, specifically an ADXL377 from Analog Devices. The accelerometer will allow Lazydoro to determine if [Vasilis] has moved around. If 20 or 30 minutes go by without major movement, Lazydoro will nudge him to get up and take a walk.

Since shipping to Greece takes awhile, [Vasilis] is developing with an Arduino Uno and a ADXL345 while he waits for his parts to arrive. He’s hacked this into a wrist mounted device for testing. One thing  [Vasilis]  hasn’t figured out yet is how to alert the user to move around. A small vibrating motor would probably work – but we’d suggest electric shocks. A good zap always puts the spring in our step!

There is still plenty of time to enter the Trinket Everyday Carry Contest.  The main contest runs until January 2, but we’re having random drawings every week! Don’t forget to write a project log before the next drawing at 9pm EDT on Tuesday, December 23. You and all of the other entrants have a chance to win a Cordwood Puzzle from The Hackaday Store! 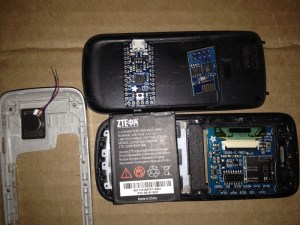 We’re getting all sorts of entries in the Trinket Everyday Carry Contest! Today we’re featuring just a couple of the awesome entries dedicated to creating music! 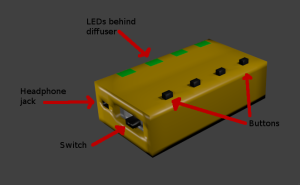 [johnowhitaker] is hard at work on A Musician’s Assistant. [John] is creating a device that does anything a practicing musician might need on the go. The Musician’s Assistant will include a metronome, tap/temp counter, and tuner. He’s hoping to also give it the ability to play back arbitrary notes using the Pro Trinket’s on-board ATmega328. [John] is trying to do all this with just LEDs and buttons as a user interface, though he is willing to go to an LCD or OLED if he needs to. 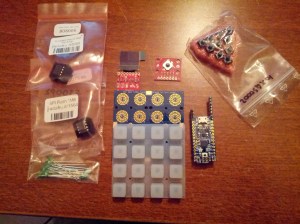 [Michele Perla] is working on BitMasher, portable lo-fi music sequencer. The BitMasher will allow a musician on the go to create music anywhere. [Michele] began with a SID based sequencer in mind, but he’s currently trying to do it all on the Pro Trinket. He’s already got [Roman’s] BTc Sound Compression Algorithm working on an Arduino Leonardo. Lo-Fi for sure, but that’s what makes BitMasher fun! [Michele] envisions the song entry to be similar to that of the classic Roland TR-808.  The primary user interface will be an Adafruit Trellis 4×4 button+LED driver board.

Don’t forget that our second random drawing will be held on Tuesday, December 9th, at 9pm EST.  To be eligible you need to submit your project as an official entry and publish at least one project log during the week. This week’s prize is a Cordwood Puzzle from The Hackaday Store. Check out the contest page for the full details!