Traditional Chinese landscape scrolls can be a few dozen feet long and require the viewer to move along its length to view all the intricate detail in each section. [Dheera Venkatraman] replicated this effect with an E-Ink picture frame that displays an infinitely scrolling, Shan Shui-style landscape that never repeats.

The landscape never repeats and is procedurally generated using a script created by [Lingdong Huang]. It consists of a single HTML file with embedded JavaScript, so you can run it locally with minimal resources, or view the online demo. It is inspired by historical artworks such as A Thousand Li of Rivers and Mountains and Dwelling in the Fuchun Mountains.

[Dheera]’s implementation uses a 10.3″ E-ink mounted in an off-the-shelf picture frame connected to a Raspberry Pi Zero running a forked version of [Lingdong]’s script. It does a decent job of avoiding the self-illuminated electronic look and creates a piece of decor that you could easily just stand and stare at for a long time.

Computer-generated art is making a lot of waves with the advent of AI models like Dall-E and Stable Diffusion. The ability to bring original art into existence with a simple phrase will have an undeniably profound long-term effect on the art world. 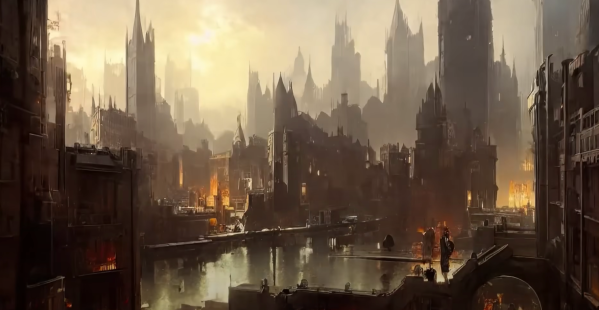 We love the intersection between art and technology, and a video made by an AI (Stable Diffusion) imagining a journey through time (Nitter) is a lovely example. The project is relatively straightforward, but as with most art projects, there were endless hours of [Xander Steenbrugge] tweaking and playing with different parts of the process until it was just how he liked it. He mentions trying thousands of different prompts and seeds — an example of one of the prompts is “a small tribal village with huts.” In the video, each prompt got 72 frames, slowly increasing in strength and then decreasing as the following prompt came along.

There are other AI videos on YouTube, often putting the lyrics of a song into AI-generated form. But if you’ve worked with AI systems, you’ll notice that the background stays remarkably stable in [Xander]’s video as it goes through dozens of feedback loops. This is difficult to do as you want to change the image’s content without changing the look. So he had to write a decent amount of code to try and maintain visual temporal cohesion over time. Hopefully, we’ll see an open-source version of some of his improvements, as he mentioned on Twitter.

In the meantime, we get to sit back and enjoy something beautiful. If you still aren’t convinced that Stable Diffusion isn’t a big deal, perhaps we can do a little more to persuade your viewpoint.

END_OF_DOCUMENT_TOKEN_TO_BE_REPLACED 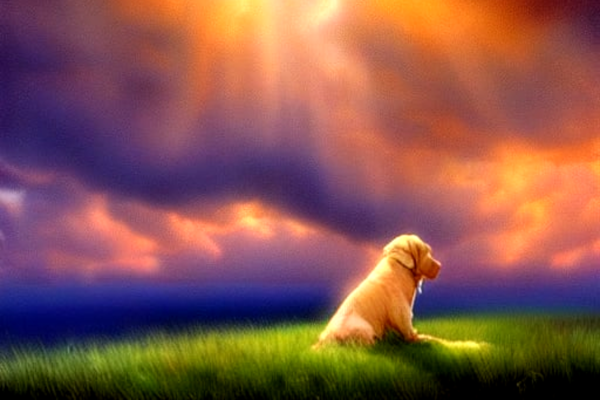 You might not have heard about Stable Diffusion. As of writing this article, it’s less than a few weeks old. Perhaps you’ve heard about it and some of the hubbub around it. It is an AI model that can generate images based on a text prompt or an input image. Why is it important, how do you use it, and why should you care?

This year we have seen several image generation AIs such as Dall-e 2, Imagen, and even Craiyon. Nvidia’s Canvas AI allows someone to create a crude image with various colors representing different elements, such as mountains or water. Canvas can transform it into a beautiful landscape. What makes Stable Diffusion special? For starters, it is open source under the Creative ML OpenRAIL-M license, which is relatively permissive. Additionally, you can run Stable Diffusion (SD) on your computer rather than via the cloud, accessed by a website or API. They recommend a 3xxx series NVIDIA GPU with at least 6GB of RAM to get decent results. But due to its open-source nature, patches and tweaks enable it to be CPU only, AMD powered, or even Mac friendly.

This touches on the more important thing about SD. The community and energy around it. There are dozens of repos with different features, web UIs, and optimizations. People are training new models or fine-tuning models to generate different styles of content better. There are plugins to Photoshop and Krita. Other models are incorporated into the flow, such as image upscaling or face correction. The speed at which this has come into existence is dizzying. Right now, it’s a bit of the wild west. END_OF_DOCUMENT_TOKEN_TO_BE_REPLACED 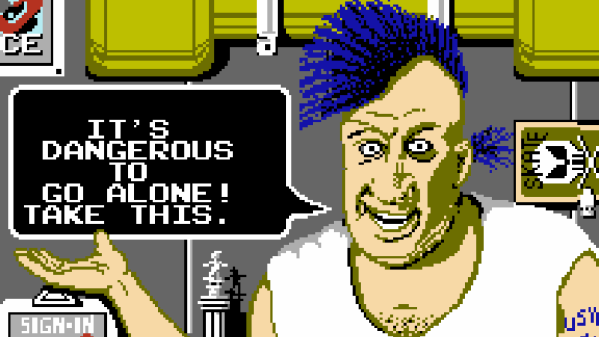 “Game over”. In this day and age of complex games with storylines and career modes that last for tens of hours, it’s not really a concept that has a lot of relevance. However, in the golden age of the arcade, those two words made it very clear that your time was up and it was time to find another quarter. Home games of this era were similarly blunt, and if you couldn’t rise to the challenge, you’d be seeing the death screen more often than not.

[foone] was a fan of Sierra’s classic adventure games, and decided to create a tool to generate custom versions of these Game Over/YOU DIED screens. Aptly named Death Generator, the tool is programmed in JavaScript and quickly expanded to cover a wide realm of classic titles. There are King’s Quest IV and V, Gold Rush!, and even modern titles like Cave Story+ and Undertale. There’s plenty of fun to be had typing in completely ridiculous quotes for various screens; our personal favourite is Skate or Die, though Police Quest comes a close second.

[foone] continues to maintain the site, and adds new games from time to time. Animated GIF support has been a recent addition for screens like Metroid and Bad Dudes, and there are even character choices for Super Mario Bros. The code is available on Github if you feel the need to tinker yourself.