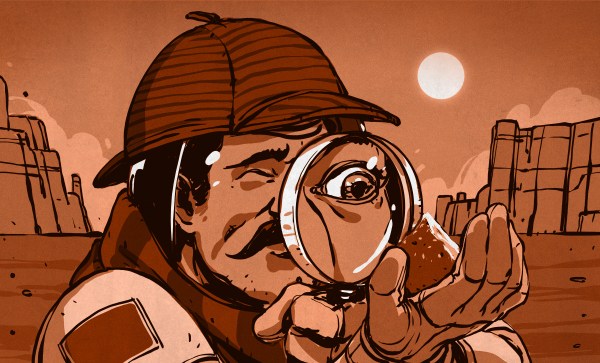 Humanity has been wondering about whether life exists beyond our little backwater planet for so long that we’ve developed a kind of cultural bias as to how the answer to this central question will be revealed. Most of us probably imagine that NASA or some other space agency will schedule a press conference, an assembled panel of scientific luminaries will announce the findings, and newspapers around the world will blare “WE ARE NOT ALONE!” headlines. We’ve all seen that movie before, so that’s the way it has to be, right?

Probably not. Short of an improbable event like an alien spacecraft landing while a Google Street View car was driving by or receiving an unambiguously intelligent radio message from the stars, the conclusion that life exists now or once did outside our particular gravity well is likely to be reached in a piecewise process, an accretion of evidence built up over a long time until on balance, the only reasonable conclusion is that we are not alone. And that’s exactly what the announcement at the end of last year that the Mars rover Perseverance had discovered evidence of organic molecules in the rocks of Jezero crater was — another piece of the puzzle, and another step toward answering the fundamental question of the uniqueness of life.

Discovering organic molecules on Mars is far from proof that life once existed there. But it’s a step on the way, as well as a great excuse to look into the scientific principles and engineering of the instruments that made this discovery possible — the whimsically named SHERLOC and WATSON.

END_OF_DOCUMENT_TOKEN_TO_BE_REPLACED 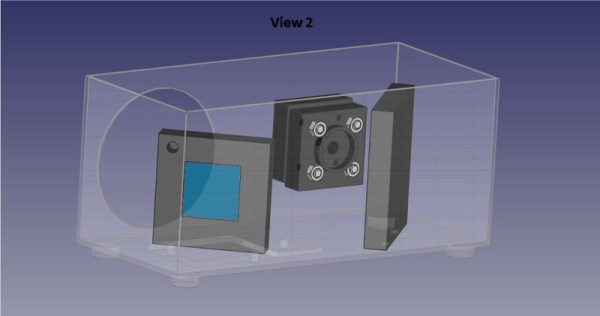 Scientific instruments are expensive. In a lot of cases, really expensive, so if you have spent any time in a well-equipped lab, the chances are that it would have been one backed up by the resources of a university, or a large company. Those experimenters who wish to pursue such matters outside those environments have traditionally had to rely on obsolete instruments from the surplus market. A fascinating endeavor in itself, but one that can sometimes limit the opportunity to pursue science.

It has been interesting then to see the impact of the arrival of affordable 3D printing on the creation of self-built scientific instruments. A fantastic example has come our way, [David H Haffner Sr]’s 3D printable Raman probe. A Raman spectroscope is an instrument in which the light scattered from the sample exposed to an incident monochromatic source is collected, as opposed to that reflected or transmitted through it. Scattered light can be a huge magnitude weaker than other modes, thus the design of a Raman probe is critical to its success. (If you are curious, read this multi-part explanation on Raman spectroscopy.)

This is a work in progress at the time of writing, but it still makes for an interesting examination of Raman probe design. Interestingly the sensor is a standard DSLR camera, which though not a cheap device is possibly more affordable than a more dedicated sensor.

This isn’t the first Raman spectrometer we’ve seen on these pages, we’ve also brought you a Fourier transform spectrometer, and plenty of more conventional instruments.

And so we come to the final finalist bio for The Hackaday Prize. In only three days, we’ll know whether [fl@C@]’s RamanPi Spectrometer or one of the four other projects to make it into the finals round will be making it to space, or only Japan.

There are a surprising number of spectrometer projects out there on the Intertubes, but most of these setups only measure the absorption spectrum – literally what wavelengths of light are absorbed by the material being measured. A Raman spectrometer is completely different, using a laser to illuminate the sample, and measuring the scattering of light from the material. It’s work that has won a Nobel prize, and [fl@C@] built one with a 3D printer.

Bio below, along with the final video that was sent around to the judges. If you’re wondering who the winner of The Hackaday Prize is, even I don’t know. [Mike] and a few Hackaday overlords do, but the rest of us will remain in ignorance until we announce the winner at the party we’re having in Munich next Thursday.