Parabolic reflectors for solar applications are nice stuff, and making your own is a great project in itself. One of the easiest ways we have seen is that of [GREENPOWERSCIENCE], who uses nothing more than a trash can lid, mylar film, and tape. You need a way to make a partial vacuum though.

The idea is so simple that it´s almost like cheating. Cut a circle of mylar slightly larger than the lid, and tape it all around, taking care of stretching the mylar in the process. After you´re done with this, you end up with a nice flat mirror. Here´s where the vacuum is needed to force the film into parabolic shape. Extract the air from a little hole in the lid that was previously drilled, and tape it to prevent the loss of the vacuum. The atmospheric pressure on the mylar film will take care of the job, and magically you get a nearly-parabolic reflector ready for work.

In this other video, you can see the reflector in action burning stuff. One obvious problem with this technique is the loss of the vacuum after some time, about an hour according to the author. Here´s another way to make a more durable mirror also with mylar as the reflecting element, however the quality of the resulting mirror is not as good. 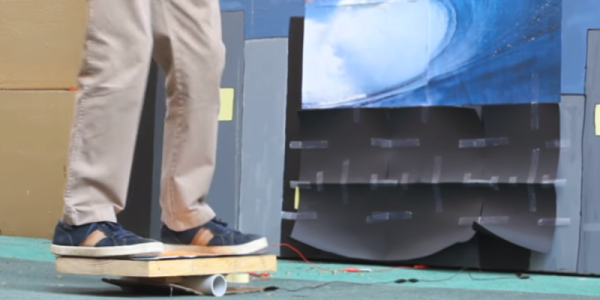 While it may or may not be true that if everybody had an ocean they’d be surfing like California, it is true that with a water pump, some copper tape, and a few scraps you can make a surfing simulator that sprays you if you don’t keep your balance.

You can see the simple device in operation in the video below. We presume [Adi_10] actually surfs, but we can’t comment on the realism of the simulator. There’s no computer. Just a switch made from the base and the balance board.

END_OF_DOCUMENT_TOKEN_TO_BE_REPLACED 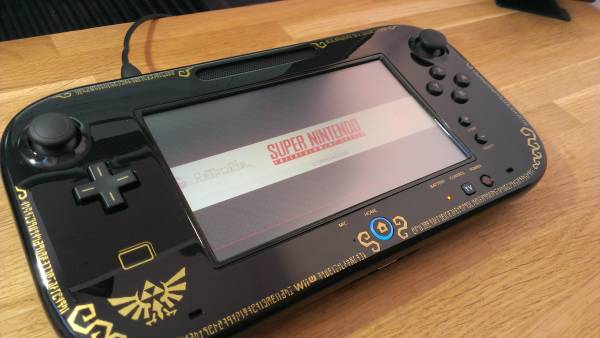 END_OF_DOCUMENT_TOKEN_TO_BE_REPLACED

Researchers have built a prototype lithium-sulphur battery that — when perfected — could have up to five times the energy density of current lithium-ion devices. Researchers in the UK and China drew inspiration from intestines to overcome problems in the battery construction.

In your intestine, small hair-like structures called villi increase the surface area that your body uses to absorb nutrients from food. In the new lithium-sulphur battery, researchers used tiny zinc oxide wires to form a layer of material with a villi-like structure. These villi cover one electrode and can trap fragments of the active material when they break off, allowing them to continue participating in the electrochemical reaction that produces electricity.

END_OF_DOCUMENT_TOKEN_TO_BE_REPLACED

With so many systems depending on Linux, the secure shell SSH has become a staple for many developers. If you are connected to your Raspberry Pi via a cable or a wireless router a few feet away, SSH can provide you with an encrypted connection straight to the box. However, if you have a system out in a swamp somewhere with intermittent slow network access, SSH can be a real pain. When your IP address can change (for example, roaming on a cellular network), SSH has problems, too.

To combat these and other problems, you might consider an open source program called Mosh (mobile shell). There’s two parts to Mosh. One part works as a server while the other is the client application. Neither of these require root access. You can see a video about Mosh below.

END_OF_DOCUMENT_TOKEN_TO_BE_REPLACED 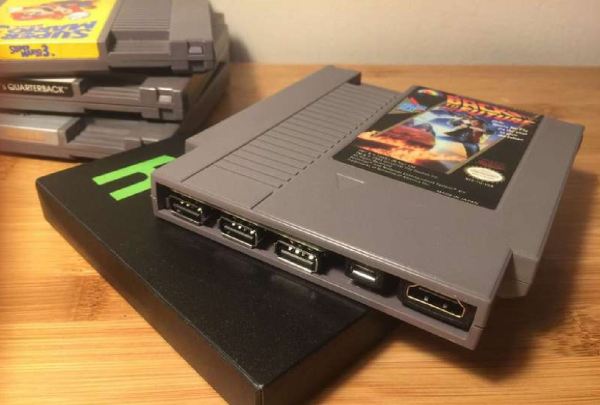 What’s the quickest way to turn one game into 2,400? Cram a Raspberry Pi Zero running RetroPie into an NES cartridge and call it Pi Cart.

This elegant little build requires no soldering — provided you have good cable management skills and the right parts. To this end, [Zach] remarks that finding a USB adapter — the other main component — small enough to fit inside the cartridge required tedious trial and error, so he’s helpfully linked one he assures will work. One could skip this step, but the potential for couch co-op is probably worth the effort.

Another sticking point might be Nintendo’s use of security screws; if you have the appropriate bit or screwdriver, awesome, otherwise you might have to improvise. Cutting back some of the plastic to widen the cartridge opening creates enough room to hot glue in the USB hub, a micro USB port for power, and an HDMI port in the resulting gap. If you opted to shorten the cables, fitting it all inside should be simple, but you may have to play a bit of Tetris with the layout to ensure everything fits.