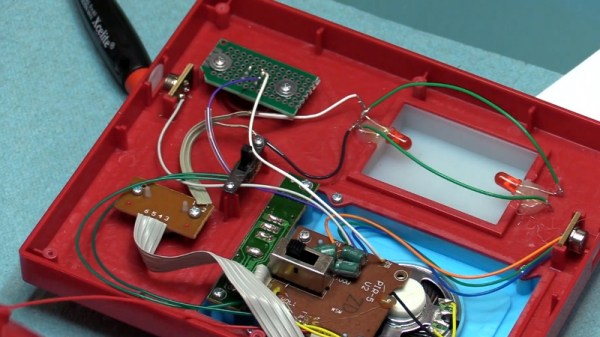 On Star Trek, all Kirk and friends had to do was snap the button on the always conveniently located intercom panel, start talking, and the intended recipient would immediately respond no matter where they were in the ship. How did it work? Who knows. In spite of, or perhaps even because of, the lightly-explained nature of the technology, the cherry-red wall intercoms still hold a certain charm for fans of the groundbreaking show.

A viewer sent [Fran Blanche] a scaled down replica of the intercom from ThinkGeek, and while it certainly looks fairly close to the original prop, it has a couple of annoying design elements. When triggered by the side-mounted motion sensors, the panel will play either the iconic swoosh of the automatic doors or the “Red Alert” sound effect. It’s a cute idea for a kid’s bedroom maybe, but not exactly ideal for somebody who regularly records YouTube videos.

So the first order of business was to cut the motion sensors out of the circuit and replace them with a push button. [Fran] draws up a quick diagram to explain how these sensors work, and shows that they can easily be bypassed with a momentary switch since they normally bring the line high when triggered. She then converted the indicator light on the right side of the panel into a button to enable the alert sound effect, which is more accurate to how it worked in the show anyway.

The other issue, and perhaps the most egregious to Star Trek fans, is that the “Red Alert” indicator on the top of the panel didn’t actually flash like it did in the show. To design and build this panel and not put a few LEDs behind that piece of frosted plastic seems a bit like producing a Matchbox car and forgetting to make the wheels spin. With a couple of red LEDs and a bit of new wiring, the oversight was quickly rectified.

While it might not be perfect, at least ThinkGeek actually produced a functional product this time. It could have ended up like one of their April Fool’s “products” that never get put into production, forcing a desperate Trekkie to begrudgingly build his own version.

END_OF_DOCUMENT_TOKEN_TO_BE_REPLACED

On Tegra T4 devices, irom loads a single bootloader.bin, which in turn boots the system image. The K1 boot stack uses an additional bootloader stage, nvtboot, which loads the secure OS kernel before handing control to bootloader.bin. Later devices add additional stages, but that isn’t important for understanding this. The vulnerability uses an Android boot image, and the magic happens in the header. Part of this boot image is an optional second stage bootloader, which is very rarely used in practice. The header of this boot image specifies the size in bytes of each element, as well as what memory location to load that element to. What [Ryan] realized is that while it’s usually ignored, the information about the second stage bootloader is honored by the official Nvidia bootloader.bin, but neither the size nor memory location are sanity checked. The images are copied to their final position before the cryptographic verification happens. As a result, an Android image can overwrite the running bootloader code. END_OF_DOCUMENT_TOKEN_TO_BE_REPLACED 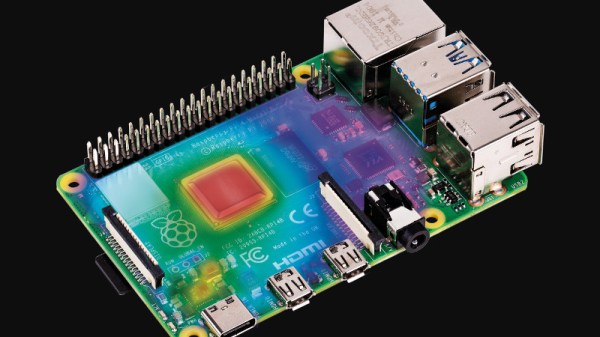 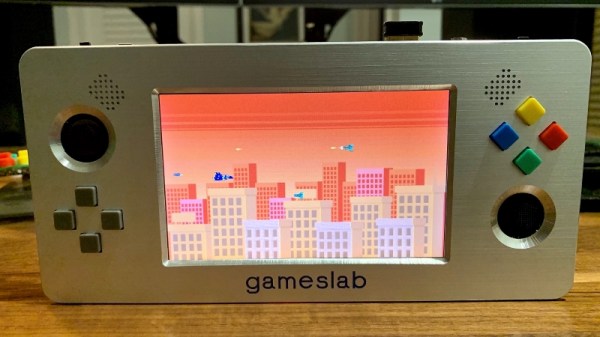 Anyone who was at Supercon will no doubt remember the badges that dangled around everyone’s neck. Some were reasonable, while some were neck-straining monsters that added anything and everything to hack the badge into something cool. We saw everything from AI cameras to a fully autonomous vehicle being worn with pride.

Sadly, one that we missed was Gameslab, [Craig J. Bishop]’s FPGA-based portable game console. No, not that FPGA-based game console; in an example of great minds thinking alike, [Craig] had actually been toying with his own handheld console design for quite some time. And we have to say the results are stunning.

The FPGA at the heart of this is a Xilinx Zynq FPGA-ARM Cortex A9 combo SoC, normally a prohibitively expensive monster of a chip. When [Craig] found “refurbished” Zynq chips on eBay for less than 10% of the cost of new units, it was literally game-on for the build. The console required a six-layer PCB to support the big BGA chip and the hundreds of support components around it. There’s a 5″ TFT touchscreen with a video controller implemented in the FPGA, a stereo sound system, and all the buttons and thumbsticks you’d expect on a modern console.

For our money, the best part is the case, about which [Craig] has yet to share any details. But it looks like a machined aluminum plate with wide chamfers around each cutout that contrast nicely with the brushed surface. We’ll be looking forward to more details on that and on progress with Gameslab.