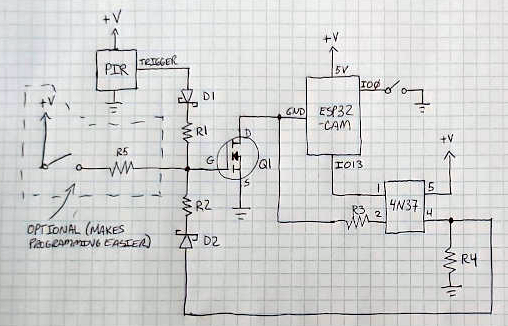 END_OF_DOCUMENT_TOKEN_TO_BE_REPLACED

If you’ve ever tried to make a really low-power circuit — especially one that runs on harvested power — you have probably fallen into at least a few of the many traps that await the unwary in this particular realm of electronic design. Well, Dave Young has been there, seen the traps, and lived to tell about it. In these territories, even “simple” systems can exhibit very complex, and sometimes downright confusing behavior when all possible operating conditions are considered. In his 2019 Hackaday Superconference talk: Scrounging, Sipping, and Seeing Power — Techniques For Planning, Implementing, And Verifying Off-Grid Power Systems, Dave discusses a number of these issues, how they interplay with low-power designs, and tricks he’s collected over the years to design and, more importantly, test these deceptively simple systems.

Dave is an electrical engineer and his company, Young Circuit Designs, has worked in the test and measurement, energy, and low-power consumer industries. We were lucky to have him share some of his 15 years of experience on the Supercon stage this past November, specifically discussing devices powered from harvested energy, be it wave energy (think oceans not RF), thermal energy, or solar. The first lesson is that in these systems, architecture is key. Digging deeper, Dave considers three aspects of the architecture, as mentioned in the talk title: scrounging, sipping, and seeing power.

END_OF_DOCUMENT_TOKEN_TO_BE_REPLACED

There are times when a sensor is required that does its job without the need for human attention over a long period, and for those applications a minimal power drain is a must. [Dave Davenport] had an EPS8266-based moisture sensor, and became disappointed in having to replace its AA batteries every few months. With an 18650 Li-ion cell and a bunch of power-saving tricks that time has been extended so far to over a year and still going, so he’s written a blog post detailing how he did it.

Some of his techniques such as turning off the sensor or using a better LDO regulator than the stock Wemos one are straightforward. Others though are unexpected, such as using the memory associated with the on-board RTC to store the WiFi connection info and channel number during sleep. The normal ESP8266 connection sequence involves a network scan, by hanging onto what it found last time the extra time and thus power expended by it can be avoided. Similarly switching from a DHCP lease to a fixed IP address cuts the time the device waits for a lease and thus the time it has to stay awake.

We might not all have ESP8266 moisture sensors to build, but we’re many of us on a quest to sip less power in our projects. Let us help you with a previous sojourn into that arena.

Building a weather station isn’t too tall of an order for anyone getting into an electronics project. There are plenty of plans online, and you can even put your station on Weather Underground if it meets certain standards. These usually have access to a reliable source of power, though, and like any electronics project can get challenging quickly once it needs to work reliably in a remote location. The weather station from [Tegwyn☠Twmffat] has met this challenge though, and has been working reliably for three years now.

Getting that sort of reliability from any circuit that has to be powered by an unreliable source (solar, wind, etc.) and a battery is quite a challenge. Not only do you need to sort out the power management and make sure that you can get enough sun in the winter for your application, but you’ll need to do some extreme low power modifications to your circuitry as well. This weather station accomplishes all of that, helped by using LoRa for communication, and also comes complete with a separate hardware watchdog timer that can reboot the weather station if it loses power or hangs up for some reason.

If you’ve been looking for a weather station to build, this is a great place to start. [Tegwyn☠Twmffat] also goes through the assembly of the weather station, complete with a guy-wire-supported platform to mount it on. There are other weather stations out there too, if you need even more ideas about saving power in remote areas.

Given the popularity of hacking and repurposing Amazon Dash buttons, there appears to be a real need amongst tinkerers for a simple “do something interesting on the internet when a button is pressed” device. If you have this need but don’t feel like fighting to bend a Dash device to your will, take a look at [Kevin Darrah]’s trigBoard instead.

The trigBoard is a battery-powered, ESP8266-based board that includes some clever circuitry to help it barely sip power (less than one microamp!) while waiting to be triggered by a digital input. This input could be a magnetic reed switch, push button, or similar, and you can configure the board for either normally open or normally closed switches.

The clever hardware bits that allow for such low power consumption are explained in [Kevin]’s YouTube video, which we’ve also embedded after the break. To summarize: the EPS8266 spends most of it’s time completely unpowered. A Texas Instruments TPL5111 power timer chip burns 35 nanoamps and wakes the ESP8266 up every hour to check on the battery. This chip also has a manual wake pin, and it’s this pin – along with more power-saving circuitry – that’s used to trigger actions based on the external input.

Apparently the microcontroller can somehow distinguish between being woken up for a battery check versus a button press, so you needn’t worry about accidentally sending yourself an alert every hour. The default firmware is set up to use Pushbullet to send notifications, but of course you could do anything an EPS8266 is capable of. The code is available on the project’s wiki page.

The board also includes a standard micro-JST connector for a LiPo battery, and can charge said battery through a micro-USB port. The trigBoard’s full schematic is on the wiki, and pre-built devices are available on Tindie.

[Kevin]’s hardware walkthrough video is embedded after the break.

END_OF_DOCUMENT_TOKEN_TO_BE_REPLACED

Where the Hackaday Cat goes when she steps over the threshold into the wider world is a mystery, she reveals her whereabouts strictly on her terms and would we suspect be very cagey were we able to ask her about it. [Andy C] however has a need to know where his cat is spending her time, so he’s made a GPS collar for a bit of feline spying.

There are commercial GPS collars for pets, but they all share the flaw of extremely limited battery life. His challenge then was to create a collar that delivered the required pinpoint fix alongside a battery life measured in months. The solution was a combination of a low-power miniature GPS receiver and a low-power PC microcontroller hooked up to an FSK radio whose frequency he doesn’t give but which we suspect is probably the usual 433 MHz. The collar remains in low power mode until it receives a call on the FSK, at which point it wakes up, gets a GPS fix, transmits it, and returns to sleep.

The summary links to a series of posts which provide an extremely detailed look at all aspects of the project, and go well beyond mere GPS trackers for a cat. If you have an interest in low power devices or antenna matching for example, you’ll find a lot of interesting stuff in these pages. Of course, if all you need is a GPS tracker though, you may prefer a simpler option.