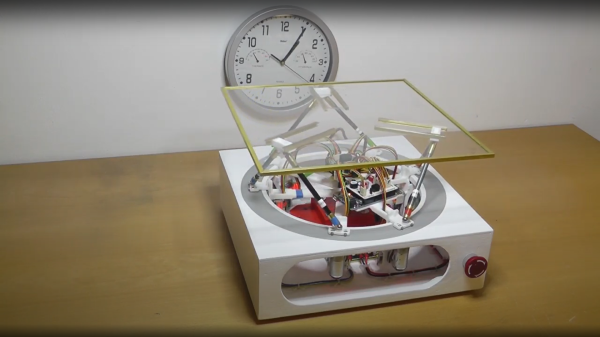 Stewart platforms are pretty neat, and not seen in the wild all that often, perhaps because there aren’t a vast number of hacker-friendly applications that need quite this many degrees of freedom within such a restricted movement range. Anyway, here’s an interesting implementation from the the curiously named [Circular-Base-Stewart-Platform] YouTube channel (no, we can’t find the designer’s actual name) with a 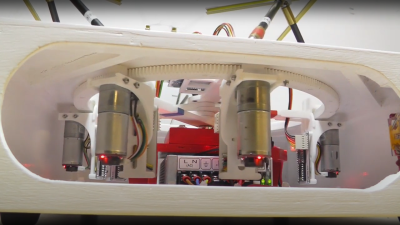 series of videos from a few years ago, showing the construction and operation of such a beast. This is a very neat mechanism comprised of six geared motors on the end of arms, engaging with a large internal gear. The common end of each arm rides on the central shaft, each with its own bearing. With the addition of the usual six linkages, twelve ball joints, and a few brackets, a complete platform is realised.

This circular arrangement is so simple that we can’t believe we haven’t come across it before. One interesting deviation from the usual Stewart platform arrangement is the use of a central slip-ring connector to provide power, allowing the whole assembly to rotate continuously, in addition to the usual six degrees of freedom the mechanism allows. Control is courtesy of an Arduino Pro Mini, which drives the motors using a handful of Pololu TB6612 (PDF) dual H-bridge driver modules. Obviously, the sketch running on the Arduino will give the thing a fixed motion, but add in an additional data link over that central slip-ring setup (or maybe a wireless link), and it will be much more useful.

We recently saw another 6-DOF actuator design, using flexures, yet another ball-balancing hack, but if you want an actually useful Stewart platform application, checkout this pool-playing robot!

END_OF_DOCUMENT_TOKEN_TO_BE_REPLACED 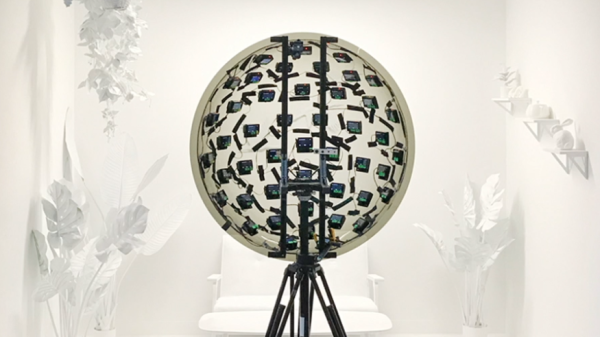 3D video content has a significant limitation, one that is not trivial to solve. Video captured by a camera — even one with high resolution and a very wide field of view — still records a scene as a flat plane, from a fixed point of view. The limitation this brings will be familiar to anyone who has watched a 3D video (or “360 video”) in VR and moved their head the wrong way. In these videos one is free to look around, but may not change the position of their head in the process. Put another way, pivoting one’s head to look up, down, left, or right is fine. Moving one’s head higher, lower, closer, further, or to the side? None of that works. Natural movements like trying to peek over an object, or moving slightly to the side for a better view simply do not work.

Light field video changes that. It is captured using a device like the one in the image above, and Google has a resource page giving an excellent overview of what light field video is, what it can look like, and how they are doing it. That link covers recent improvements to their camera apparatus as well as to video encoding and rendering, but serves as a great show-and-tell of what light fields are and what they can do.

END_OF_DOCUMENT_TOKEN_TO_BE_REPLACED 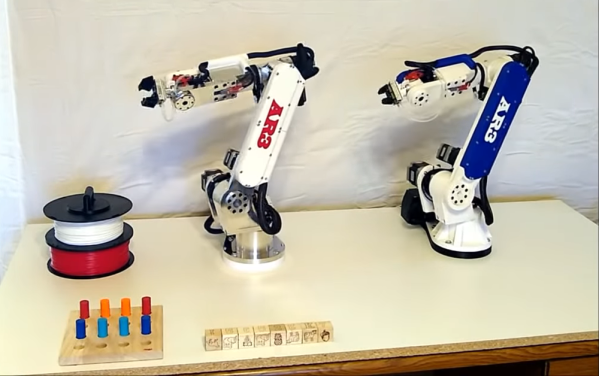