[Eaton Zveare] purchased a Jacuzzi hot tub, and splurged for the SmartTub add-on, which connects the whirlpool to the internet so you can control temperature, lights, etc from afar. He didn’t realize he was about to discover a nightmare of security problems. Because as we all know, in IoT, the S stands for security. In this case, the registration email came from smarttub.io, so it was natural to pull up that URL in a web browser to see what was there. The page presented a login prompt, so [Eaton] punched in the credentials he had just generated. “Unauthorized” Well that’s not surprising, but what was very odd was the flash of a dashboard that appeared just before the authorization complaint. Could that have been real data that was unintentionally sent? A screen recorder answered that question, revealing that there was indeed a table loaded up with valid-looking data.

Digging around in the page’s JavaScript comes up with the login flow. The page uses the Auth0 service to handle logins, and that service sends back an access token. The page sends that access token right back to the Auth0 service to get user privileges. If the logged in user isn’t an admin, the redirect happens. However, we already know that some real data gets loaded. It appears that the limitations to data is all implemented on the client side, and the backend only requires a valid access token for data requests. What would happen if the response from Auth0 were modified? There are a few approaches to accomplish this, but he opted to use Fiddler. Rewrite the response so the front-end believes you’re an admin, and you’re in.

This approach seems to gain admin access to all of the SmartTub admin controls, though [Eaton] didn’t try actually making changes to see if he had write access, too. This was enough to demonstrate the flaw, and making changes would be flirting with that dangerous line that separates research from computer crime. The real problem started when he tried to disclose the vulnerability. SmartTub didn’t have a security contact, but an email to their support email address did elicit a reply asking for details. And after details were supplied, complete radio silence. Exasperated, he finally turned to Auth0, asking them to intervene. Their solution was to pull the plug on one of the two URL endpoints. Finally, after six months of trying to inform Jacuzzi and SmartTub of their severe security issues, both admin portals were secured.

END_OF_DOCUMENT_TOKEN_TO_BE_REPLACED 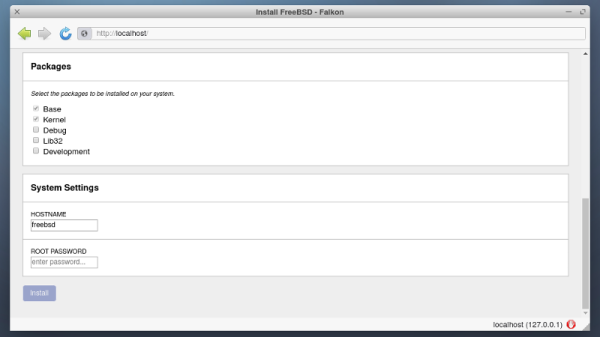 While the medium may have evolved from floppy disks to DVDs and USB flash drives, the overall process of installing an operating system onto a desktop computer has been more or less the same since the 1980s. In a broad sense you could say most OS installers require more clicking than typing these days, but on the whole, not a lot has really changed. Of course, that doesn’t mean there isn’t room for improvement.

Among the long list of projects detailed in FreeBSD’s April to June 2021 Status Report is a brief update on an experimental installer developed by [Yang Zhong]. In an effort to make the installation of FreeBSD a bit more user friendly, the new installer does away with the classic terminal interface and fully embraces the modern web-centric design paradigm. Once the user has booted into the live OS, they simply need to point the browser to the loopback address at any time to access the installer’s GUI.

Now that alone wouldn’t be particularly groundbreaking. After all, Google has implemented an entire operating system with web frameworks in Chrome OS, so is making the installer a web app really that much of a stretch? But what makes [Yang]’s installer so interesting is that the web interface isn’t limited to just the local machine, it can be accessed by any browser on the network. 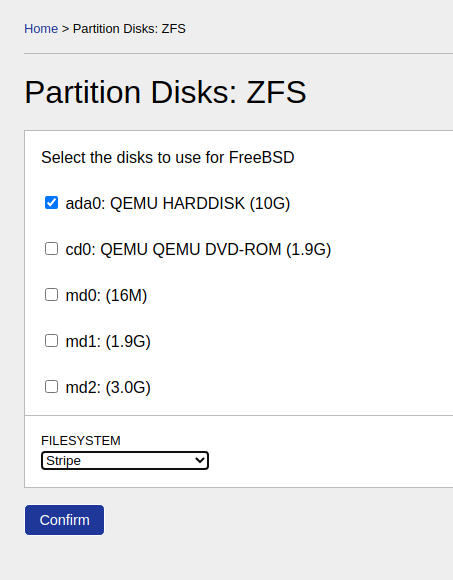 That means you can put the install disc for FreeBSD into a headless machine on your network, and use the browser on your laptop or even smartphone to access the installer. The Graybeards will point out that savvy users have always been able to access the text installer from another computer over SSH, but even the most staunch Luddite has to admit that simply opening a browser on whatever device you have handy and pointing it to the target machine’s IP address is a big usability improvement.

While the software appears complete enough to get through a basic installation, we should remind readers these are still early days. There’s currently no authentication in place, so once you’re booted into the live environment, anyone on the network can format your drives and start the install process.

Some sections of the GUI aren’t fully functional either, with the occasional note from [Yang] popping up to explain what does and doesn’t work. For example, the manual network configuration panel currently only works with WiFi interfaces, as that’s all he personally has to test with. Quite a modern installer, indeed.

Some would argue that part of what makes alternative operating systems like Linux and BSD appealing is the fact that they can happily run on older hardware, so we imagine the idea of an installer using a memory-hungry web browser to present its interface won’t go over well with many users. In our testing, the experimental installer ISO won’t even boot unless it detected at least 4 GB of RAM onboard. But it’s certainly an interesting experiment, and something to keep an eye on as it matures.

[Thanks to Michael for the tip.]

With each passing day the rate we acquire digital media increases (we don’t even bother unpacking our CDs when we move anymore). Large publishers have started moving away from DRM, which means we’ll be buying even more digital media in the future. Acquiring all of this nonphysical property puts importance on not just making it easily accessible, but also protecting it from destruction. Slashdot asked for reader suggestions of what NAS to buy; we’ve compiled some of the options below and want to know what you use.