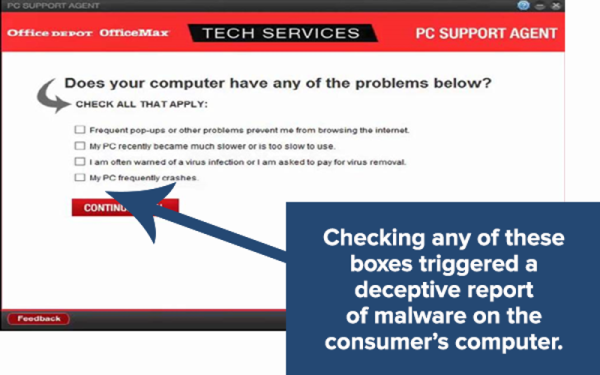 Sometimes we are rebuilding a RAID array or replacing a BIOS chip and we wonder how ordinary people keep their computes running. Then we realize that most of them come to someone like us for help. But what if you don’t have a family member or friend who is computer savvy? No problem! Plenty of stores — including big box office stores such as Office Depot and OfficeMax — will be glad to help you. Why most of them will be willing to test your computer for free. Sounds nice until you find out that at least in some cases these tests were showing problems that didn’t need fixing so users would pay for services they didn’t need. The Federal Trade Commission (FTC) has fined Office Depot (who owns OfficeMax) $25 million and plans to use the funds to issue refunds. In addition, a vendor, Support.com, will pay $10 million to support the refunds.

The free check used software to detect problems on a PC. However, during the scan the user is asked if their computer has any of the following symptoms. For example, if their PC has become slow or frequently reboots. If you said yes to any of these questions, the software would produce a report claiming to have found evidence of malware and offering fixes that could cost significant amounts of money even if there was no other evidence.

END_OF_DOCUMENT_TOKEN_TO_BE_REPLACED 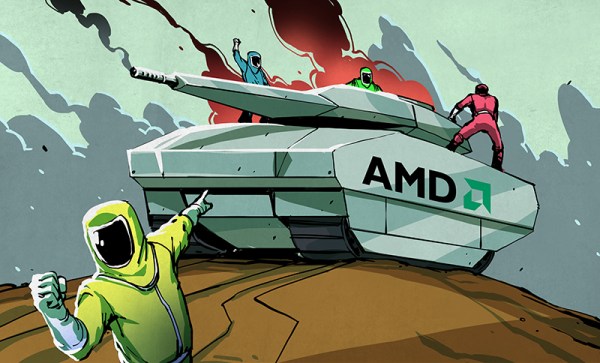 END_OF_DOCUMENT_TOKEN_TO_BE_REPLACED

Here’s a challenge tailored to our community if we’ve ever seen one. You know those delightful unsolicited prerecorded calls you get from time to time? They might be political, but they also come from companies trying to sell you vinyl siding, or promising improvements in your business. Well they’re against the law in many cases, and complaints to the Federal Trade Commission have been piling up. So now the FTC is offering a $50,000 bounty to anyone who can find a way to block the calls.

It’s called the Robocall Challenge and you’ve got until January 17th, 2013 to get your entry submitted. The great thing is, this doesn’t need to be a fully working solution. Your entry may be: “proposed technical solutions or functional solutions and proofs of concept “. Even better, you retain ownership of the solution even if you win. This type of recognition will surely have telco related companies beating a path to your door.

Of course if you do have a solution, we’d love to hear about it too!

[Thanks Filespace via WCPO]

Ars technica is reporting on the ruling from the FTC about the software shenanigans of Kmart and Sears. The marketing geniuses behind the parent company of Sears and Kmart decided they needed more information about the users of their website. Their solution? Offering $10 to users who install their custom software which phones home with data on just about everything they do on their computer. Not content with just browsing habits of webites, the software apparently recorded everything the user did online, including secure sessions. Under the settlement (PDF) with the FTC, Sears says they will stop collecting data and promises to destroy any and all information they’ve collected so far. Selling what websites you’ve been to, how much money you have, which prescriptions you take and what products you’re interested in for the low low price of $10 seems like a bargain.