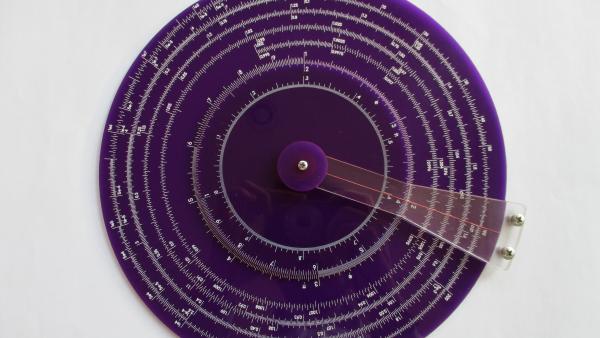 You have to really like slide rules to build your own, including the necessary artwork. Apparently [Dylan Thinnes] is a big fan, based on this project he began working on a few months back. The result is a set of algorithms that automatically generates most of the scales that were common on slide rules back in the day. For example:

If you’ve ever tried to manually draw an axis using a computer program — attempting to automatically set reasonable tick marks, grids, and labels — you can appreciate that this is a non-trivial problem. [Dylan] tackled things from the bottom up, developing several utility functions that work in concert to iteratively build up each scale. One advantage of this approach, he says, is that you can quite easily build almost any scale you want. We’re going to take his word on that, because the project is not easily accessible to the average programmer. As [Dylan] notes:

At the moment it’s still a library w/ no documentation, and written in a relatively obscure language called Haskell, so it’s really only for the particularly determined.

The project is published on his GitHub repository, and sample scales and demo program are available. Without knowledge of obscure languages and being only mildly determined, one can at least generate some sample scales — just downloading the Haskell environment, a few dependencies, and clone [Dylan]’s repository. The output is an SVG file which can be scaled to any desired size. In this follow-up Reddit post he discusses the fabrication techniques used for the acrylic circular slide rule shown in the lead photo.

It’s always been possible to make your own slide rules using pre-generated artwork — for example, the Slide Rule Museum website has a slew of various scales available in graphic format. But if you want to make a custom scale, or make one of that’s meters long, check out [Dylan]’s project and give it a whirl. For another take on making slide rules, check out this project that we covered last year.

END_OF_DOCUMENT_TOKEN_TO_BE_REPLACED 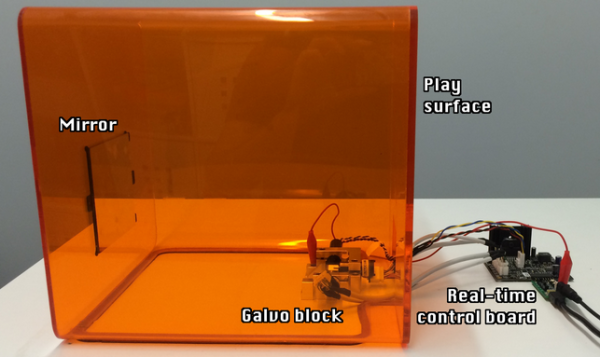 What might you do with a few extra stereolithographic 3D printer parts? Why not make a galvo display and resurrect a couple of classic vector graphic games of yore? That’s exactly what [Matt] did. With a few extra Formlabs components and a Haskell implementation of Spacewar, [Matt] can kick back and blast his extraterrestrial foes on the surface of his Formlabs cover.

[Matt’s] source code drives the Form 2 controller board to output laser graphics on the surface of a Form 1 case. These parts might be a commodity for this Formlabs Engineer, but the output is nothing short of spectacular, given the game and USB drivers were put together from scratch. In case you want to give the Haskell source code a try, [Matt’s] kindly included an alternative software-only display using OpenGL.

Unless you’ve just upgraded from Form 1 to Form 2, odds are pretty low that you can pull this one off without breaking either your printer or your wallet. Fortunately, [Alvaro] has paved the way with a stellar galvanometer display that began as a few parts from eBay. At last! Once our Formlab printer warranties expire, we’ll know where to start looking for parts for that mosquito killer we needed.