END_OF_DOCUMENT_TOKEN_TO_BE_REPLACED

[Lee] continues with his exploration of the U8Plus (a cheap smartwatch). He hasn’t got it all cracked, yet, but he did manage to get a dump of the device’s ROM using an unusual method. At first, [Lee] thought that the JTAG interface (or, at least, the pins presumed to be the JTAG interface) would be a good way to explore the device. However, none of the people experimenting with the device have managed to get it to work.

Instead, [Lee] went through the serial bootloader and dumped the flash memory. He found out, though, that the bootloader refused to read the ROM area. It would, however, load and run a program. Unfortunately, no one has found how to access the UART device directly, but they have found how to drive the vibration motor.

[Lee] took off the vibration motor and used it as an output port for a simple program to dump the ROM. An Arduino picked up the data at a low baud rate and produced an output file. This should allow more understanding of how to drive the watch hardware.

We covered the initial teardown of this watch earlier this year. Of course, if you don’t want to reverse engineer a smartwatch, you could always build your own.

Security researchers can be a grim crowd. Everything, when looked at closely enough, is insecure at some level, and this leads to a lot of pessimism in the industry. So it’s a bit of a shock to see a security report that’s filled with neither doom nor gloom.

We’d previously covered Somerset Recon’s initial teardown of “Hello Barbie” and were waiting with bated breath for the firmware dump and some real reverse engineering. Well, it happened and basically everything looks alright (PDF report). The Somerset folks desoldered the chip, dumped the flash ROM, and when the IDA-dust settled, Mattel used firmware that’s similar to what everyone else uses to run Amazon cloud service agents, but aimed at the “toytalk.com” network instead. In short, it uses a tested and basically sound firmware.

The web services that the creepy talking doll connected to were another story, and were full of holes that were being actively patched throughout Somerset’s investigation, but we were only really interested in the firmware anyway, and that looked OK. Not everything is horror stories in IoT security. Some stories do have a happy ending. Barbie can sleep well tonight. 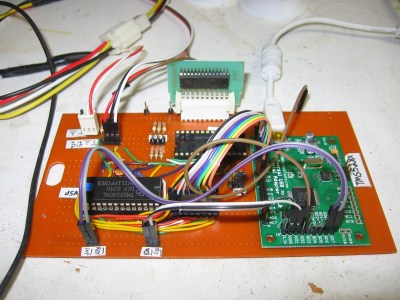