Despite the existence of FPGAs and CPLDs, there’s still a necessity for very small programmable logic devices. GALs, PALs, and other old tech just won’t cut it, though, and so we are left with a new generation of programmable devices that aren’t microcontrollers or CPUs. The GreenPAC from Silego fill this niche quite nicely, with the ability to implement counters, ADCs, logic glue, level shifting, and comparators in a single chip. For any homebrew electronics tinkerer, these devices have one very obvious problem: they’re really, really small. The smallest GreenPAC device has 12 pins stuffed into a 1.6 x 1.6mm QFN package. You’re not hand soldering this thing.

For [Nick Johnson]’s Hackaday Prize entry, he’s taking these small programmable logic chips and making it easy to create your own custom ICs. Basically, it’s a breakout board for GreenPAC devices that stuffs these tiny chips onto a much more reasonable DIP package.

Breakouts aren’t enough, and to program these small chips, [Nick] is also building a board based on an ARM microcontroller. With USB input, a way to generate the 7.5V used for programming, and a breadboard friendly format, this programmer will tell these tiny chips what to do.

Not many people are building stuff with PALs and GALs anymore, but there are still a lot of work that can be done with small programmable chips. There’s certainly a place for tiny programmable logic chips like this, and anything that gets them in to the hands of more people is okay in our book.

END_OF_DOCUMENT_TOKEN_TO_BE_REPLACED

Get this, 30 people piled aboard a bus today and will spend the next 72 hours hacking their way to a successful startup idea. Oh and the bus will be moving the entire time; like the hacker version of Speed. Well, kind of.

What’s missing from this description? Hardware! That’s where Hackaday comes in. Just like with the NYC Hackathon, Hackaday wants to bring hardware to hackathons everywhere. We have a Hackathon page for StartupBus to document their builds and shipped them a box overflowing with Texas Instruments hardware (one of our illustrious Hackaday Prize sponsors). All that’s left is for the sleep (and shower) deprived passengers to hack together the next great thing.

Scheduled stops on the journey include Detroit (6/4), Pittsburgh (6/5), and their final destination of Nashville. We’ll be keeping our eye out for project updates from the contestants. But if you are one of the 30 hackers on the bus we’d love to see some pictures. Tweet your photos to @hackaday! 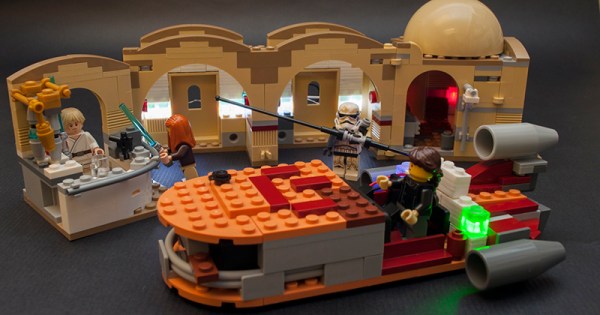 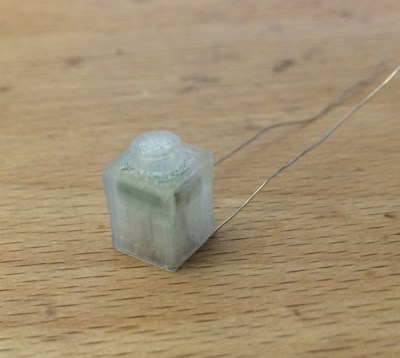 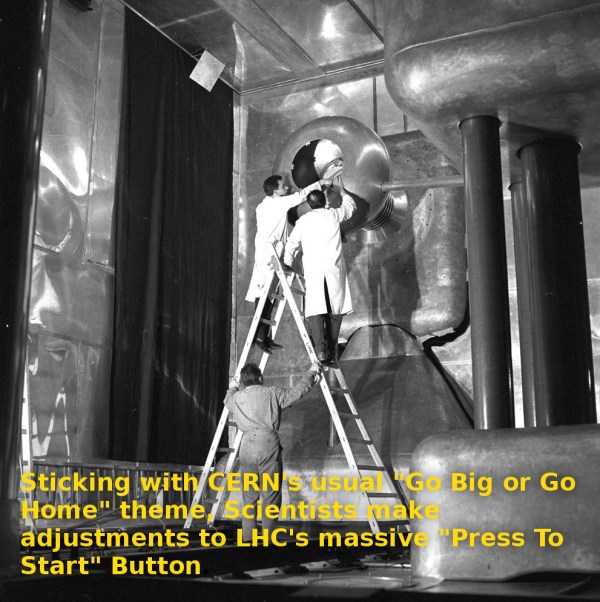 Week 17 of the Caption Cern Contest on Hackaday.io is now a polished sheet metal memory, but the captions live on! Thanks to everyone who entered. We may never know exactly what these scientists and their ladder holding friend were up to. We do know a bit more about some of the equipment in that photo though! Astute reader [Pierlu] dropped a photo comment here on the Blog showing some interesting lawn ornaments over at CERN. The device to the right looks quite a bit like the device on the right side of our original image. We don’t have a close-up to be sure, but chances are this is part of a Cockcroft–Walton generator. 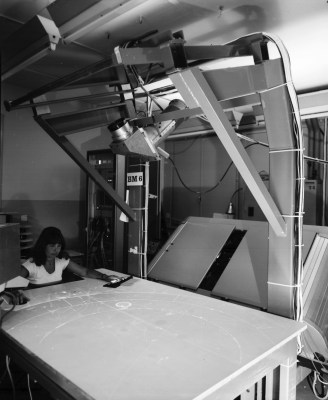 RN is no stranger to innovative display systems. That should be no surprise, considering CERN staff are trying to work with massive amounts of data collected by thousands of scientists. Here we see one of those systems, a projection table of some sort.

Today video projectors are relatively cheap and easy to make, thanks to advances in LCD and MEMS technology. Back when this image was shot in 1979 though, video projectors were expensive and rare commodities. What was this scientist doing?

Once again, we’re giving away a Logic Pirate from The Hackaday Store.

We’re in the middle of an epic run to award $50,000 in loot to Hackaday Prize entries this summer. This week we doled out a Stickvise low-profile PCB vise to 65 different projects! This actually started out as a really great project on Hackaday.io.

Winners are listed below, please check out their projects; skull the ones you find awesome and leave your words of encouragement as comments on those projects. Then get to work and submit something of your own. Your odds of winning during these weekly giveaways are quite good. Our recommendation for your best chances at winning are to polish up the information you’re sharing — tell the whole story of what you’ve done so far and what you plan to do. Post some images whether pictures of the prototype, renders of what you are working on, or hand-drawn diagrams from the back of a napkin.

Normally we launch the following week’s contest in this winner-announcement post. But we’re changing it up a bit this time around. Look for a post on Monday that shares all the details of what is coming next!

Each project creator will find info on redeeming their prize as a message on Hackaday.io.

The world’s leading expert on mechanical computers wasn’t [Charles Babbage]; sure, he could design stuff, but eventually you need to actually build something. We are now graced with the expertise of [Chris Fenton]. He’s built mechanical calculators, a mechanical digital computer, and now a mechanical display inspired by the Jacquard loom.

[Chris] calls his creation the PixelWeaver, and the name isn’t far from the truth; it’s a 32-hook Jacquard style punch card reader that could be mounted over a small loom. Instead of weaving rugs and fabric, the PixelWeaver controls a 6×5 black and white display.

The PixelWeaver is built out of t-slot aluminum, 3D printed parts, and a web of thread to transfer motion from rotating cams to ratchets and pixels. The display itself is heavily inspired by a Lego mechanical display, and the cards that store the data for the display are laser-cut plywood. Interestingly, there’s nothing in this machine that couldn’t have been made 150 years ago; it’s the same technology used to weave rugs, although the necessity of a bitmap display in the Victorian era is a bit questionable.

You can see a few videos of the PixelWeaver below. If you’re wondering what else has come out of [Chris]’ mechanical computing lab, check out his digital computer and Fibonacci calculating set of gears. For a real treat, here’s a machine that will calculate all primes under 1000 in 30 years.