Deep in the dark recesses of Internet advertisers and production studios, there’s a very, very strange device. It fits on a user’s head, has a camera pointing out, but also a camera pointing back at the user. That extra camera is aimed right at the eye. This is a gaze tracking system, a wearable robot that looks you in the eye and can tell you exactly what you were looking at. It’s exactly what you need to tell if people are actually looking at ads.

For their Hackaday Prize entry, Makeroni Labs is building an open source eye tracking system. It’s exactly what you want if you want to test how ‘sticky’ a webpage is, or – since we’d like to see people do something useful with their Hackaday Prize projects – for handicapped people that can not control their surroundings.

There are really only a few things you need to build an eye tracking camera – a pair of cameras and a bit of software. The cameras are just webcams, with the IR filters removed and a few IR LEDs aimed at the eye so the eye-facing camera can see the pupil. The second camera is pointed directly ahead, and with a bit of tricky math, the software can figure out where the user is looking.

The electronics are rather interesting, with all the processing running on a VoCore It’s Linux, though, and hopefully it’ll be fast enough to capture two video streams, calculate where the pupil is looking, and send another video stream out. As far as the rest of the build goes, the team is 3D printing everything and plans to make the design available to everyone. That’s great for experimentations in gaze tracking, and an awesome technology for the people who really need it.

END_OF_DOCUMENT_TOKEN_TO_BE_REPLACED

It’s the fifth of July. What should that mean? Videos on YouTube of quadcopters flying into fireworks displays. Surprisingly, there are none. If you find one, put it up in the comments.

The original PlayStation was a Nintendo/Sony collaboration. This week, some random dude found a prototype in his attic. People were offering him tens of thousands of dollars on the reddit thread, while smarter people said he should lend it to MAME and homebrewer/reverse engineer groups. This was called out as a fake by [Vadu Amka], one of the Internet’s highly skilled console modders. This statement was sort of semi retracted. There’s a lot of bromide staining on that Nintendo PlayStation, though, and if it’s a fake, the faker deserves thousands of dollars. Now just dump the ROMs and reverse engineer the thing.

Remember BattleBots? It’s back. These are my impressions of the first two episodes: Flamethrowers are relatively common now, ‘parasitic bots’ – small, auxilliary bots fighting alongside the ‘main’ bot are now allowed. KOs only count for the ‘main’ bot. Give it a few more seasons and every bot will be a wedge. One of the hosts is an UFC fighter, which is weird, but not as weird as actually knowing some of the people competing.

Ceci n’est pas un Arduino, which means it’s from the SRL camp. No, wait. It’s a crowdfunding campaign for AS200 Industries in Providence, RI.

Wanna look incredibly sketchy? Weld (or braze, or solder) your keys to a screwdriver.

The UK’s National Museum of Computing  is looking for some people to help maintain 80 BBC Micros. The museum has a ‘classroom’ of BBC micro computers still in operation. Caps dry out, switching power supplies fail, and over the years these computers start to die. If you have the skills and want to volunteer, give it a shot.

USA-made Arduinos are now shipping. That’s the Massimo Arduino, by the way.

Win $1000 for pressing a button. We’re gauranteed to give away a thousand dollar gift card for the Hackaday store next Wednesday to someone who has participated in the latest round of community voting for the Hackaday Prize. 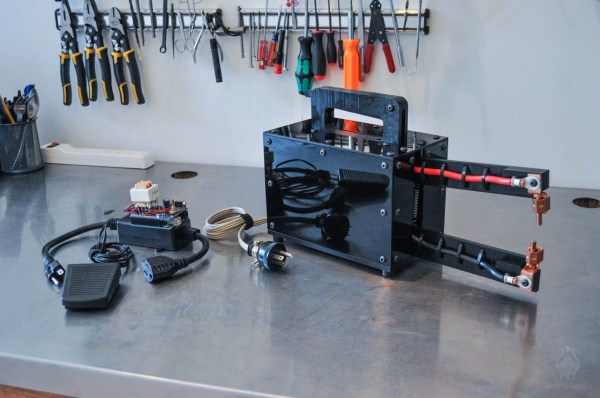 By golly, look at the build quality of this homemade spot welder.

Just about everyone on here knows it’s quite possible to build one of these things using a re-wrapped microwave transformer, but they’re usually made of wood like the one we swap on Friday, and we often wonder how much real use they get other than “hey look I built a spot welder!”. I myself made one, but then ended up buying a professional one because it works better. Not [Matthew Borgatti] though, his looks better and has more features than even the one I bought! 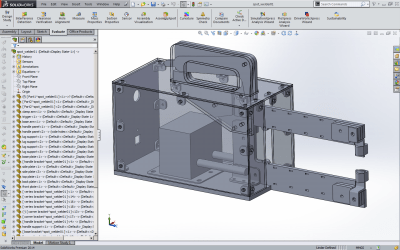 Why? Because he put some serious thought into his design. He even 3D modeled the whole thing in SolidWorks.

Beyond the excellent laser cut enclosure (complete with ratcheting work piece clamping), [Matt’s] also added an Arduino to create a timing circuit. Most times you just squeeze the clamp, press the button, and watch the metal heat up — “I think that’s good…”

But with an actual timing circuit you can calculate how much time you need versus current and electrode size to produce a good quality weld.

END_OF_DOCUMENT_TOKEN_TO_BE_REPLACED 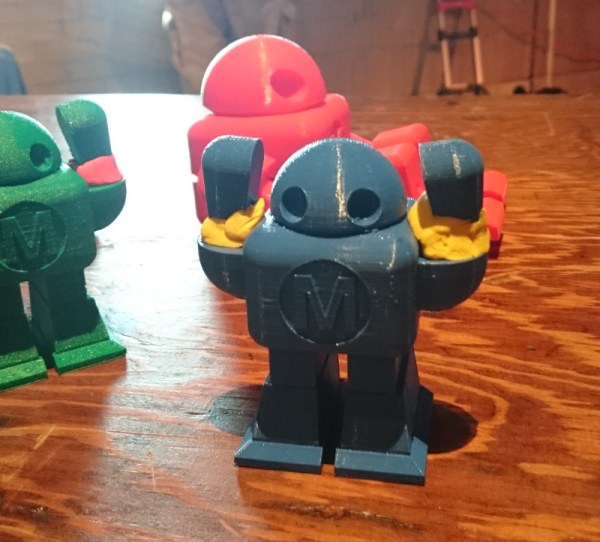 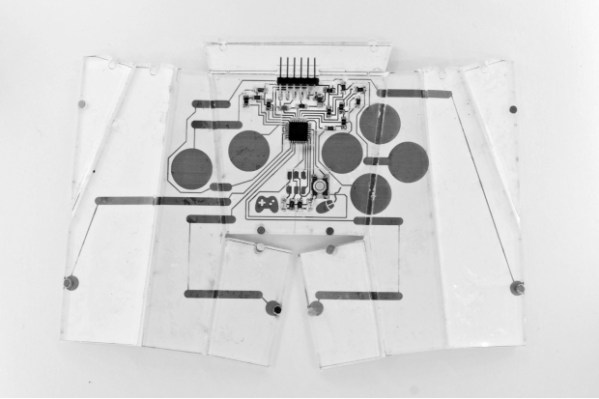 Still working with PCBs in 2D? Not [Yoav]. With some clever twists on the way we fab PCBs, he’s managed to create a state-aware foldable circuit board that responds to different configurations.

From his paper [PDF warning], [Yoav] discusses two techniques for developing foldable circuits that may be used repeatedly. The first method involves printing the circuit onto a flexible circuit board material and then bound front-and-back between two sheets of acrylic. Valid folded edges are distinguished by the edges of individual acrylic pieces. The second method involves laying out circuits manually via conductive copper tape and then exposing pads to determine an open or closed state.

Reconfigurable foldable objects may open the door for many creative avenues; in the video (after the break), [Yoav] demonstrates the project’s state-awareness with a simple onscreen rendering that echoes its physical counterpart.

While these circuits are fabbed from a custom solution, not FR1 or FR4, don’t let that note hold your imagination back. In fact, If you’re interested with using PCB FR4 as a structural element, check out [Voja’s] comprehensive guide on the subject.

END_OF_DOCUMENT_TOKEN_TO_BE_REPLACED

Even with the cost of 3D Printers continually falling, entering the hobby still requires a significant investment. [Skeat] had some typical 3D Printer components available but didn’t have access to a printer for making the ever-so-common frame parts of typical RepRap designs. 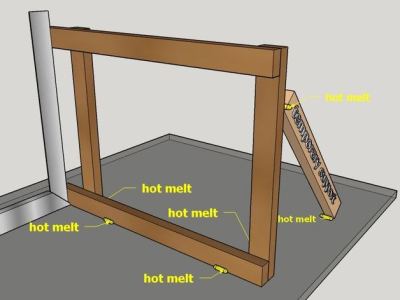 [Skeat’s] plan was to cobble together a printer just good enough to print out parts for another, more robust one. The frame is made from wood, a very inexpensive and available material. The frame is not screwed together and doesn’t have any alignment tabs, it’s just hand cut pieces glued together. Each portion of the frame is laid out, aligned with a carpenter’s square and then glued together. This design and assembly method was intentional as [Skeat] didn’t have access to any precision tools. He stated that the only parts of the frame that had to be somewhat precise were the motor mount holes. The assembly process is well documented to aid anyone else looking to make something similar.

In addition to the wooden frame, all of the components are glued in place. That includes the bearings, rods, limit switches and even the Z axis motor! After seeing the photos of this printer, it would be easy to dismiss it as a poor performer. The below video shows that this printer’s print quality can keep up with any hobby level machine available. We wonder if [Skeat] is rethinking making another since this one works so well.