[Dan Royer] explains a simple method to engrave/etch on both sides of a material. This could be useful when you are trying to build enclosures or boxes which might need markings on both sides. There are two hurdles to overcome when doing this. The first is obviously registration. When you flip your job, you want it re-aligned at a known datum/reference point.

The other is your flip axis. If the object is too symmetric, it’s easy to make a mistake here, resulting in mirrored or rotated markings on the other side. Quite simply, [Dan]’s method consists of creating an additional cutting edge around your engraving/cutting job. This outline is such that it provides the required registration and helps flip the job along the desired axis.

You begin by taping down your work piece on the laser bed. Draw a symmetrical shape around the job you want to create in your Laser Cutter software of choice. The shape needs to have just one axis of symmetry – this rules out squares, rectangles or circles – all of which have multiple axes of symmetry. Adding a single small notch in any of these shapes does the trick. Engrave the back side. Then cut the “outside” outline. Lift the job out and flip it over. Engrave the front side. Cut the actual outline of your job and you’re done.

Obviously, doing all this requires some preparation in software. You need the back engrave layer, the front engrave layer, the job cut outline and the registration cut outline. Use color coded pen settings in a drawing to create these layers and the horizontal / vertical mirror or flip commands. These procedures aren’t groundbreaking, but they simplify and nearly automate a common procedure. If you have additional tricks for using laser cutters, chime in with your comments here.

The RTL-SDR dongle is a real workhorse for radio hacking. However, the 28.8 MHz oscillator onboard isn’t as stable as you might wish. It is fine for a lot of applications and, considering the price, you shouldn’t complain. However, there are some cases where you need a more stable reference frequency.

[Craig] wanted a stable solution and immediately thought of a TCXO (Temperature Compensated “Xtal” Oscillator). The problem is, finding these at 28.8 MHz is difficult and, if you can find them, they are relatively expensive. He decided to make an alternate oscillator using an easier-to-find 19.2 MHz crystal.

END_OF_DOCUMENT_TOKEN_TO_BE_REPLACED

You’d think that hatching chicks from eggs would be easy – after all, birds do it. But it turns out to be a fussy business for humans, and what momma bird does naturally isn’t necessarily easy for us. If your goal is to raise your own brood of peeps, fear not – this DIY egg incubator makes the process much easier.

While [Chris Raynerd]’s incubator was built for quail eggs, pretty much any domestic fowl – chickens, turkeys, ducks, pheasants – will work. The key is temperature control – momma bird’s rump is a natural heat source, and her downy feathers keep the eggs insulated and toasty. That’s a little hard to replicate in a free-air incubator, so [Chris] started with a polystyrene box for insulation. A halogen lamp on a digital thermostat provides most of the heat and keeps the temperature within a degree or two of 37°C. As a backup, a 12 volt halogen bulb on a dimmer keeps the chamber at a minimum of 36°, just in case the main lamp burns out. A small fan and a pan for humidifying water complete the atmospheric controls, although personally we’d arrange the fan to blow across the water to aid evaporation. And a simple grid lets [Chris] turn the eggs regularly, which is another vital service mom provides to her brood.

Sure, it could be Arduino-fied and servo driven, but why bother? This is a simple yet thoughtful build that should see a clutch through to hatching. We’ve seen a few egg incubators before, but even if you’re not interested in raising fowl, the techniques here could easily apply to incubators for biohacking or yogurt making, too.

END_OF_DOCUMENT_TOKEN_TO_BE_REPLACED 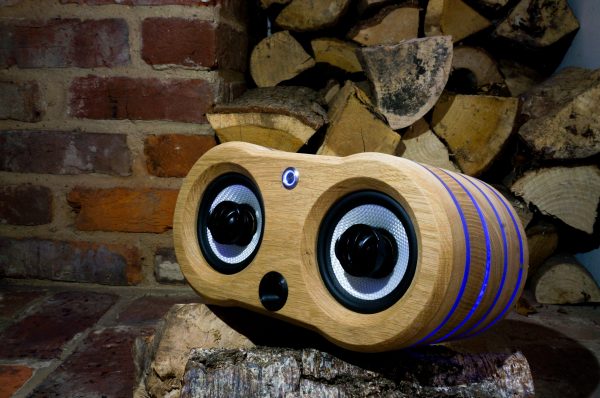 END_OF_DOCUMENT_TOKEN_TO_BE_REPLACED

[Tom] sent this in to be filed under the ‘not a hack’ category, but it’s actually very interesting. It’s the User’s Guide for the Falcon 9 rocket. It includes all the data necessary to put your payload on a Falcon 9 and send it into space. It’s a freakin’ datasheet for a rocket.

A year ago in Japan (and last week worldwide), Nintendo released Pokkén Tournament, a Pokemon fighting game. This game has a new controller, the Pokkén Tournament Pro Pad. There were a few cost-cutting measures in the production of this game pad, and it looks like this controller was supposed to have force feedback and LEDs. If any Pokemon fans want to take this controller apart and install some LEDs and motors just to see what happens, there’s a Hackaday write up in it for you.

There are a lot of options for slicing 3D objects for filament-based 3D printers. Cura, Slic3r, and MatterControl are easily capable of handing all the slicing needs you’ll ever have for a filament 3D printer. For sterolithography (resin) printers, the options for slicing are limited. [skarab] just put together a new slicer for SLA that runs entirely in JavaScript. If anyone wants to turn a Raspi or BeagleBone into a network controller for a resin printer, here’s your starting point. [skarab] will be working on smoothieboard integration soon.

The STM32F4 is an extremely capable ARM microcontroller. It can do VGA at relatively high resolutions, emulate a Game Boy cartridge, and can serve as the engine control unit in a 1996 Ford Aspire. There’s a lot of computing power here, but only one true litmus test: the STM32F4 can run Doom. [floppes] built this implementation of Doom on the STM32F429 Discovery board to run off of an external USB memory stick. The frame rate is at least as good as what it was back in 1993.

The Oculus Rift has just come to pass, but one lucky consumer got his early. The first person to preorder the Rift, [Ross Martin] of Anchorage, Alaska, got his facehugger directly from [Palmer Luckey] in a PR stunt on Saturday afternoon. Guess what [Ross] is doing with his Rift?

The Hackaday Store has been up and running for a year and a half now, sending out Hackaday Omnibus, t-shirts, [Alex Rich]’s Stickvice, and an entire MeArm-y from [Phenoptix]. After eighteen months, the enslaved robots in the warehouse are plotting a rebellion, so we’re stamping that right out with a Spring sale in the Hackaday Store!

For the next two weeks (or while supplies last) you can get up to 30% off a range of toys, tools, and kits including the Crazyflie 2.0 quadcopter, [Travis Goodspeed]’s Facedancer21 GoodFET board, the Bulbdial Clock kit, the mindbending Cordwood Puzzle from [Boldport], and dozens of other items.

Want some sweet Hackaday swag? The CRT Android and Robot Head tee (limited sizes) are 30% off, as is our women’s fit Hackaday.io t-shirt. The Hackaday edition Trinket Pro, TV-B-Gone, and Huzzah ESP8266 dev board are 10% off, so there’s no excuse not to start your next Hackaday.io project now. Check out the Spring sale today and get yourself a deal.

Shipping is free on US orders over $35, Canadian orders over $50, and International orders over $75 (Unfortunately we’re unable to ship to all countries right now). Sale items are at clearance prices and are final sale. We will only exchange if the item is faulty (if the item is no longer available you will be given store credit). 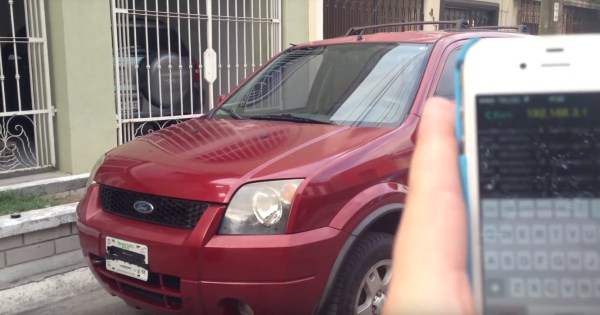