Humans like things that look like other things. A great example are faux LED tea light candles, with a plastic “flame” and flickering orange LED to recreate the effect of their waxy brethren. [gzumwalt] wanted to take the concept a little further, however, and got down to work.

The design harvests the orange LED and flame lens from an existing LED candle, but the rest is all original. [gzumwalt] printed a full-size candle, and fitted it with inductive charging hardware and a lithium-polymer battery. A corresponding charging base is used to supply power to the candle when it’s not in use. This is all handled automatically, with neodymium magnets used to activate reed switches to turn the charger on and the LED off.

It’s a tidy build that can be easily replicated with a 3D printer and some off-the-shelf parts. It’s also less wasteful than using disposable batteries, and safer than using real candles – so if you find yourself routinely shooting candle scenes in your budget film studio, it might be worth printing up a set of these.

LED candles range from the basic to the extreme – we’ve seen builds so realistic, you can light them with a match.

Many of us have seen an old bus for sale for a tantalizingly low price, and begun thinking about the possibilities. [EpiclyEpicEthan1] is someone who took the next step, bought the bus, and got to work converting it to an RV, with impressive results.

The bus in question is a 2002 International RE3000, which in its former life had helped move school children and barrels of pool chemicals to and fro. The project began, as many do, with a full teardown of the interior. With this done, the floor was treated to remove rust and repainted. Insulation and new plywood boards were then installed, and the fit-out began.

The amount of work involved in the build is immense. There’s a master bedroom, auxiliary bedroom, bathroom, and kitchen area. It’s a fully featured RV in every sense of the word, and yes, there is hot water. There was also significant work done to improve the driving experience, with switches relocated, lights added, and a reversing camera installed for easier parking.

Overall, it’s an impressive project that should serve as great inspiration to anyone wanting to attempt something similar. Then again, if your means are a little more limited, you could always go for a Corolla build.

“Amazing how with only the power of 3D-printing, two different computers, hundreds of dollars in CNC machinery, a lathe, and modern microcontroller magic, I can almost decorate a cupcake as well as a hyperactive ten-year-old.”  We can think of no better way to sum up [Justin]’s experiment in CNC frosting application, which turns out to only be a gateway to more interesting use cases down the road.

Granted, it didn’t have to be this hard. [Justin] freely admits that he took the hard road and made parts where off-the-shelf components would have been fine. The design for the syringe pump was downloaded from Thingiverse and does just about what you’d expect – it uses a stepper motor to press down on the plunger of a 20-ml syringe full of frosting. Temporarily attached in place of the spindle on a CNC router, the pump dispenses onto the baked goods of your choice, although with an irregular surface like a muffin top the results are a bit rough. The extruded frosting tends to tear off and drop to the surface of the cake, distorting the design. We’d suggest mapping the Z-height of the cupcake first so the frosting can dispense from a consistent height.

Quality of the results is not really the point, though. As [Justin] teases, this hardware is in support of bioprinting of hydrogels, along with making synthetic opals. We’re looking forward to those projects, but in the meantime, maybe we can all just enjoy a spider silk beer with [Justin].

END_OF_DOCUMENT_TOKEN_TO_BE_REPLACED 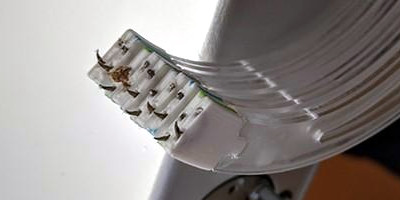 END_OF_DOCUMENT_TOKEN_TO_BE_REPLACED

For whatever you have built, there is someone who has done it longer, and knows more about it. That is the basic premise of expertise, and for this year’s Hackaday Prize we’re rolling out with a series of mentor sessions. These are master classes that match up experts in product development with the people behind the projects in the Hackaday Prize. We’ve been recording all of these so everyone can benefit from the advice, guidance, and mentorship presented in these fantastic recordings.

Mitch Altman is someone who should be very familiar to all Hackaday readers. He’s the inventor of the TV-B-Gone, that wonderful device that simultaneously turns you into a hero and a villain in any sports bar. He’s the President and CEO of Cornfield Electronics and co-founder of the Noisebridge hackerspace in San Francisco. Mitch is an author and teacher, and seems to be at just about every conference and workshop around the world promoting hackerspaces, Open Source hardware, and mentorship where ever he goes.

The first hardware creator to meet Mitch is Matt Bradshaw, creator of the DrumKid. This is a pocket-sized drum machine that is heavily inspired by Teenage Engineering’s Pocket Operators. Years ago, Matt built a web app that generated drum tracks, and this project is simply taking that idea into the physical realm. For Mitch, this is well-tread territory; years ago, Mitch also built an Arduino-based synth, and for the most part, both Mitch and Matt’s projects are remarkably similar. There were, however, some improvements to be made with Matt’s circuit. The power supply was two AAA batteries and a switching regulator that introduced noise and added cost. Mitch suggested that the ATMega328 could be run directly from three AA batteries reducing the cost and the noise.

The next project up for review is eAgrar, a system for monitoring conditions of plants and the weather in fields. This project comes from Slaven Damjanovic and Marko Čalić. They’ve been developing this device for almost two years building the entire system around the ATMega328. Slaven ran into a problem with this chip in that he didn’t have enough inputs and outputs. The firmware is already written, but thanks to the Arduino IDE, there’s no reason to keep using that ATMega. Mitch suggested using an STM32 or another ARM core. That’s what he’s using for one of his synthesizer projects, and you get more than enough inputs and outputs for the same price as an ATMega.

Finally, we come to Joseph, with his project, the Pilates Reformer. A Pilates Reformer is a bit of exercise equipment that’s only made by three companies and everything costs thousands of dollars. Joseph is bringing that cost down, but there’s a problem: how do you build a hundred or two hundred of these? Mitch suggested simply finding another manufacturer that could build this design, and not necessarily one that builds Pilates machines. This makes sense — if all you’re doing is cutting and connecting structural beams, any manufacturer can do this, that’s what manufacturers do.

This is the third in our series of Hackaday Prize mentor sessions this year, and we have far more we need to edit, and many more we need to record. That doesn’t mean you can’t get help from experts from your prize entry; we’re looking for people who need help with their project and we have a lot of mentors willing to dispense advice. If you’re interested in having someone look over your shoulder, sign up your entry.

END_OF_DOCUMENT_TOKEN_TO_BE_REPLACED

Hackaday Editors Mike Szczys and Elliot Williams dish their favorite hacks from the past week. Seems like everyone is trying to mill their own Mac Pro grille and we love seeing how they go about it. Elliot is gaga over a quintet of power latching circuits, Mike goes crazy for a dough sheeter project, and we dig through the news behind methane on Mars, the Raspberry Pi 4 release, and spoofing Presidential text alerts with SDR. If you like mini-keyboards you need to see the Fauxberry, Artificial Intelligence became an art critic this week, and poorly-lit rooms have been solved with a massive mirror system.

And note: next week we’re taking a break to go outside and shoot off some 4th of July fireworks, so there will be no podcast and you’ve got some time to listen through our 24 previous episodes for anything you’ve missed.  You’ll hear from us again the week after.