[Jeff] says that designing your own 6502 computer is a rite of passage, and he wanted the experience. His board can accept a real 6502 or the newer CMOS variant that is still available. There are a few modern conveniences such as USB power and provisions for using a USB serial port.

We are spoiled today with microcontrollers having everything in one package, but with this class of CPU you need your own memory, I/O devices, and other support chips. [Jeff] took a traditional approach, but picked components that are still easy to obtain. Some designs now push all the support functions to a more modern processor like an Arduino, which is very simple to do, but doesn’t feel as authentic, somehow.

END_OF_DOCUMENT_TOKEN_TO_BE_REPLACED 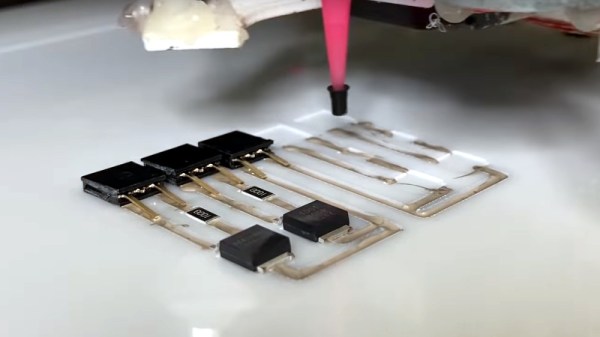 MIT’s Computer Science and Artificial Intelligence Lab (CSAIL) wants to convert laser cutters into something more. By attaching a head to a commercial laser cutter and adding software, they combine the functions of a cutter, a conductive printer, and a pick and place system. The idea is to enable construction of entire devices such as robots and drones.

The concept, called LaserFactory, sounds like a Star Trek-style replicator, but it doesn’t create things like circuit elements and motors. It simply picks them up, places them, and connects them using silver conductive ink. You can get a good idea of how it works by watching the video below.

END_OF_DOCUMENT_TOKEN_TO_BE_REPLACED 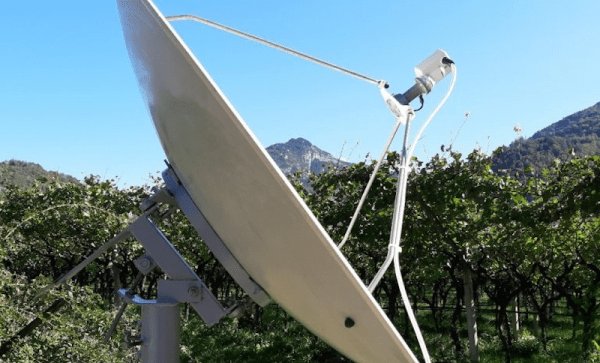 Modern life has its conveniences. Often, those conveniences lead to easier hacks. A great example of that is the rise of satellite television and the impact it has had on amateur radio telescopes. There was a time when building a dish and a suitable low noise amplifier was a big deal. Now they are commodity parts you can get anywhere.

The antenna in use is a 1.2-meter prime focus dish. Some TV dishes use an offset feed, but that makes it harder to aim for use in a radio telescope. In addition to off-the-shelf antenna and RF components, an AirSpy software-defined radio picks up the frequency-shifted output from the antenna. There is more about the software side of the build in a follow-up post. We liked that this was a pretty meaty example of using GNU Radio.

END_OF_DOCUMENT_TOKEN_TO_BE_REPLACED 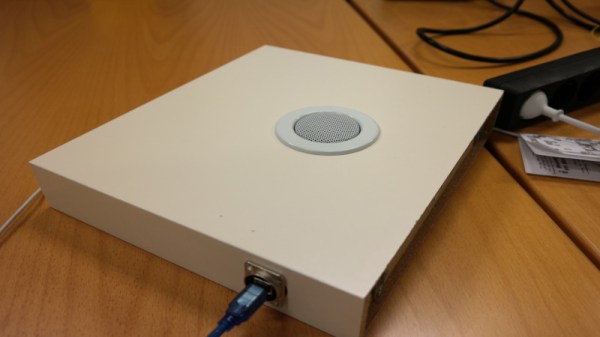 IKEA’s flatpack furniture has long been popular among makers for its modular nature and low cost, making it ideal for whacky experiments and custom builds. [Claus] is one such person, and built a fun MP3 player for his kids out of a basic LACK shelf.

The music is handled by an NodeMCU ESP8266, working in concert with a VS1053 audio board. The VS1053 is a highly capable chip, capable of decoding a variety of raw and compressed audio formats as well as MIDI, but here it’s used to read SD cards and play MP3s. An RC522 is used to read RFID cards to trigger various tracks, allowing kids to choose a song by simply placing a tag on the shelf. A cheap PAM8302 amplifier and speaker are used to output the music. All the hardware is installed neatly inside the LACK shelf, an easy job thanks to the primarily cardboard construction.

RFID cards are more fun than we normally give them credit for, and we’ve seen a few builds along similar lines to this one. Video of [Claus’s] child rocking out after the break.

END_OF_DOCUMENT_TOKEN_TO_BE_REPLACED 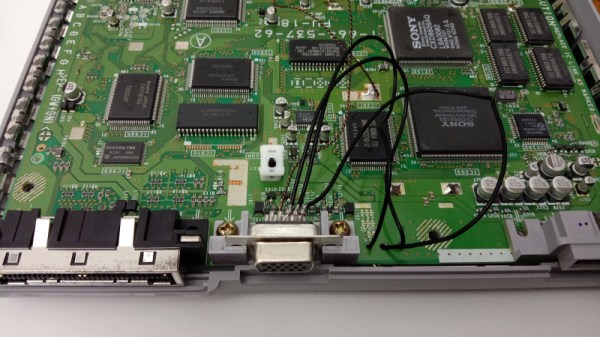 The original Sony PlayStation was a nifty console for its day; that grey box may have only had a 33 MHz MIPS processor and 4 MB of RAM, but for the early to mid 1990s its games were some of the best to be had. From the days when it would have sat under a family TV with a composite video or RF connection, you might expect that the PlayStation would require some form of converter box to drive a higher quality monitor. As [Wesk] found out though, present on the PS1 mainboard are all the required H and V sync as well as RGB video signals to drive a VGA monitor at 15 kHz.

It’s a wallow in the past for anyone who spent the 1990s using their SMD soldering skills to install modchips in PS1s, but it’s pleasing to find that those sync lines aren’t only available from tricky-to-solder IC pins, instead they appear on handy pads. Along with RGB lines from the normal video output they’re brought out via lightweight co-ax to a VGA socket that sits in a 3D printed bracket in the space where a removed system link port would have been. A small trim of the internal shield is requited to clear the new socket, leaving the VGA port on the back of the reassembled console looking for all the world as though it was installed in the Sony factory. Given how simple this mod turned out to be and the sharpness of the resulting image, it’s surprising that this wasn’t tried back in the day. Perhaps we were all too busy playing Wipeout.

While you’re idly rekindling your interest in a PS1, should you buy one then perhaps you’ll need a modchip.

Thanks [John] for the tip. 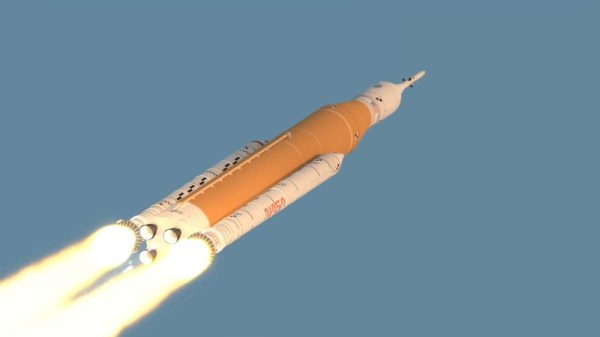 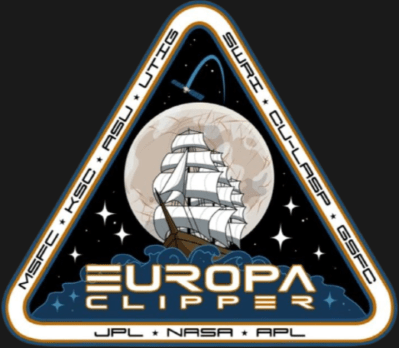 END_OF_DOCUMENT_TOKEN_TO_BE_REPLACED

Hackaday editors Mike Szczys and Elliot Williams unpack great hacks of the past week. We loves seeing the TIL311 — a retro display in a DIP package — exquisitely recreated with SMD electronics and resin casting. You might never need to continuously measure the diameter of your 3D printer filament, but just in case there’s a clever hall-effect sensor mechanism for that. Both of us admire the work being done in the FPGA realm and this week we saw a RISC-V core plumbed into quite the FPGA stack to run a version of Doom originally played on 486 computers. And we’re getting excited for the three ring circus of engineering acrobatics that will land NASA’s Perseverance rover on the surface of Mars next week.