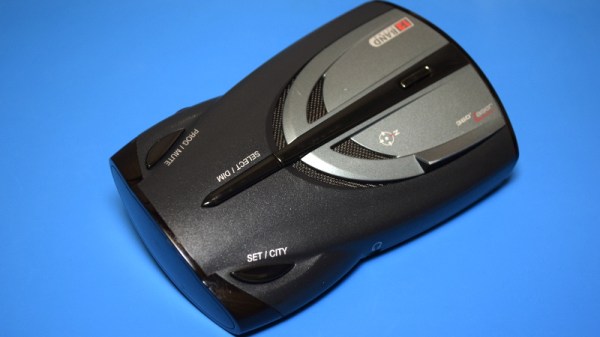 END_OF_DOCUMENT_TOKEN_TO_BE_REPLACED

Here’s a fun game from [A.J.]’s lab. It’s a simulated king cobra made from an Arduino, an ultrasonic sensor, and a servo. The aim of the game is to grab a ball in front of the device without being ‘bitten’ by the thumbtack attached to a drinking straw controlled by a servo. You know, just like a real king cobra.

There’s no schematic or build plans for this project, but it looks easy enough to cobble together. Despite its simplicity, this game looks hilariously fun, and could quite possibly provide more entertainment through using the machine rather than simply building it.

No text description of this game can do it justice, so check out the video below. It looks like a lot of fun, and if you already have the parts in a bin somewhere, it’ll make a great weekend build.

END_OF_DOCUMENT_TOKEN_TO_BE_REPLACED

The folks over at Kirkham Motorsports have turned out two things of beauty. The first is a sky’s-the-limit milled aluminum car. The second is a book about the making of the car that runs $4500 per copy. Why so much for a book? The binding is milled out of a 35 pound aluminum billet.

The project spans a 2 1/2 year build cycle and showcases the gamut of craftsmanship. The extremely detailed build log is available at their website in PDF form. Of particular interest to us is Chapter 10: Milling. The sheer volume of machined parts for this roadster is mind-boggling. There’s also plenty of CNC pipe bending involved with the body work in Chapter 18.

Finish up your work this morning and spend the rest of the day with this fantasy creation. If you’ve got too much to do, why not shell out for the hard-copy version and devote your weekend to metal-working romance?