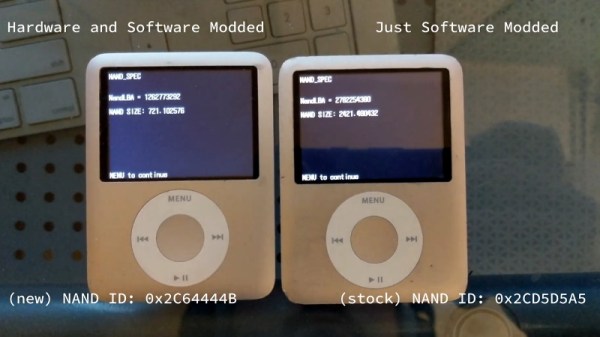 While many would argue that the original iPod is the most iconic entry in the long and diverse line of digital audio players that Apple released over the years, there must certainly be some consideration for the third generation (3G) iPod Nano. It’s a device that was ahead of its time in many ways, and is still perfectly usable today, although [Tucker Osman] does think it could stand to have its maximum flash storage doubled to 16 GB.

Now, we’d like to tell you that he’s already succeeded in this task. After all, in theory, it should be pretty straightforward: just remove the 8 GB flash chip and replace it with a pin-compatible 16 GB version. But of course, this is Apple we’re talking about. Nothing is ever quite that easy, and it seems that at every turn both the hardware and software in the thirteen-year-old iPod are fighting the change. 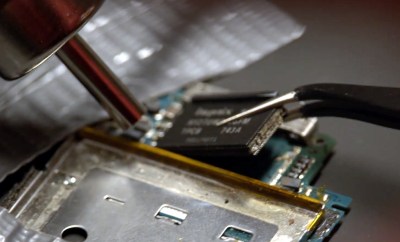 It took several attempts before the original flash chip could be swapped out, but eventually [Tucker] and his friend [Wesley] got one to survive the operation. Unfortunately, all they had to show for their effort was an unhelpful error screen.

From here on out the assumption was that they were dealing with a software problem. Luckily the Rockbox bootloader had previously been ported to the 3G Nano, which helped get the ball rolling. The next step would be to patch the Nano’s firmware to accept the ID of the new flash chip, but after a year of work, it’s turned out to be a bit more complicated than that.

[Tucker] hasn’t given up yet, and is actively looking for anyone who’d like to help out with his quest. He’s shared some information with a few like minded individuals on Hackaday.io, and he’s also started a Discord server dedicated to Nano hacking. At this point, it sounds like he’s very close to actually reading data from the 16 GB chip, but there’s still a long way to go before the Nano’s firmware will actually play music from it.

Despite most people now using their smartphones to play music these days, we still see a lot of interest in upgrading and modernizing the iPod. From replacing their original hard drives with micro SD cards to installing a Raspberry Pi Zero in place of the original electronics, hackers are still infatuated with Apple’s legendary media player.

END_OF_DOCUMENT_TOKEN_TO_BE_REPLACED 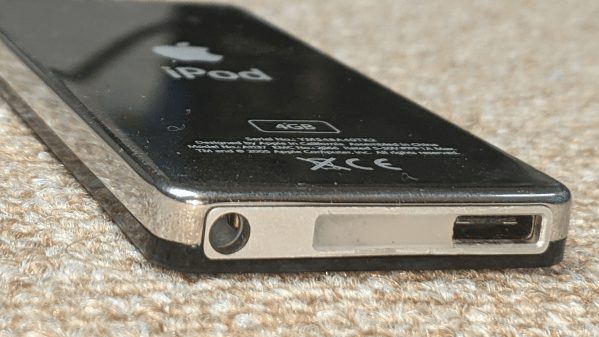 Some hacks serve a critical need, while others are just for the challenge or fun of it. We suspect the latter was the real reason [David Buchanan] converted a first generation iPod Nano from its original 30 pin connector to USB-C.

[David] bought the iPod with a dead battery, so when he opened the iPod to get the old battery out, he noticed there was enough space to fit a USB-C connector. The original Apple 30 pin connector runs USB 2.0 through four of the pins, so [David] used the original USB cable and identified the appropriate pins and traces with a continuity tester. The connector was destructively removed with side cutters, ripping off all but one of the pads in the process. A hot air station might have made things easier, but we assume he did not have one on hand. The USB-C connector was scavenged from a cheap USC-C to USB Micro adaptor and mounted by soldering the housing directly to the PCB’s ground plane. The three remaining terminals were soldered to the traces with enamel wire.

With the new battery installed, [David] confirmed that both charging and data transfer worked. The IC that handles the button and scroll pad interfered slightly with the new connector, so he filed away some of the IC’s excess. Any open pads close to the new connector was covered with Kapton tape to avoid shorts. The large hole in the enclosure for the 30 pin connection was partly filled in with five-minute epoxy. The final assembled product looks almost factory produced and works as it’s supposed to, so we call this a win.

Retrofitting USB-C connectors in various electronic devices has become a popular hack over the past two years. We’ve seen it done on everything from Thinkpads to soldering irons. END_OF_DOCUMENT_TOKEN_TO_BE_REPLACED 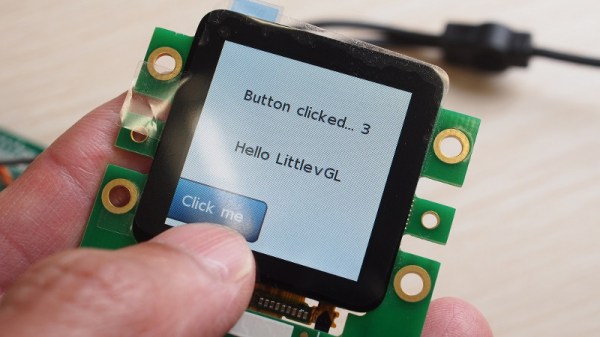 The 6th Generation iPod Nano was something of a revelation on launch. Packing a color screen, audio hardware, and a rechargable battery into a package no bigger than a large postage stamp remains impressive to this day. They’re now being used in various maker projects for their displays, but if you’re doing so, you might want to think about how you’re going to build a graphical interface. Not to worry – just grab an ESP32 and the right GUI library, and you’re on your way.

The Nano screen uses a MIPI DSI interface, which isn’t the easiest thing to use directly with the ESP32. Instead, a SSD2805 interface chip converts parallel input data to MIPI DSI signals to drive the display. Driving the display is only part of the game, however – you need something to display on it. Combining the LittlevGL GUI library with the screen’s touchpad makes creating a full graphical interface easy.

Hacked screens are something we don’t see as much these days, with the proliferation of display products aimed directly at the maker market. However, it’s always awesome to see a successful hack pulled off well. We’ve seen the display reverse engineered, too – and it certainly wasn’t easy. 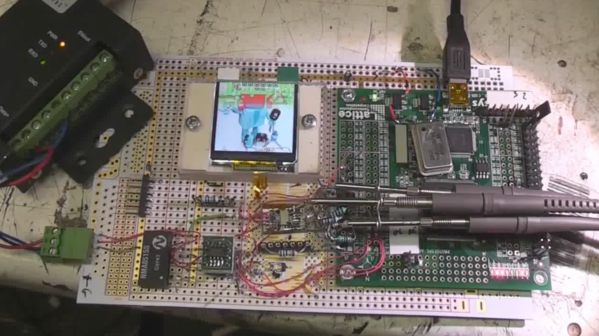 END_OF_DOCUMENT_TOKEN_TO_BE_REPLACED

The 6th generation iPod nano makes a wonderful watch, but something milled out of aluminum doesn’t lend itself to more formal events. [Ted] liked the idea of an iPod nano watch, but wanted to kick things up a notch and fabricate an 18k gold iPod nano. It took 500 hours and $2500 in materials, but we’d say it’s worth it.

[Ted] used two one-ounce coins as the source of gold for his nano enclosure, spun into the plaster mold. From there, it’s just a simple but tedious matter of cutting the sprues off, shaping, filing, buffing, and polishing. With a new leather strap, the iPod is reassembled in its new enclosure.

Wonderful work, and amazingly impressive from someone who doesn’t consider himself a jeweler. [Hyeinkali’s] iPod Nano looks right at home on the dashboard of his 2001 Honda Accord. He got rid of the simple LCD clock and the buttons that were used to set it. The hack holds the iPod securely in place, but it remains easy to remove and take with you.

He started by popping out the bezel that holds the clock module and hazard light button in place. The original display was about the same width as the Nano, but he wasn’t interested in mounting the mp3 player under the dash. Since he needed to be able to take it with him to sync his music library he made a space near the bottom of the bezel to accept the connector end of the USB cable while keeping the device accessible. After connecting the other end to power he covered the hole in the bezel with mesh and put everything back together. We’re not sure if audio is piped into the car stereo via a cable or through Bluetooth, but it does feed to the head unit.