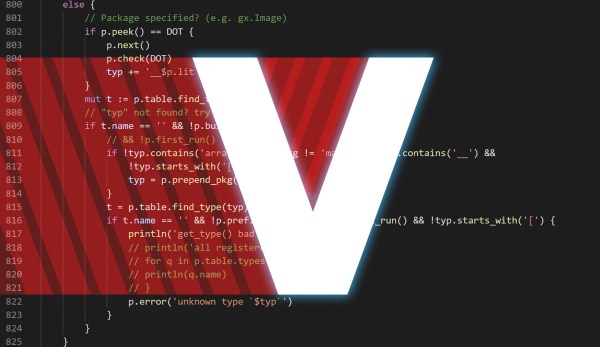 If you stay up to date with niche software news, your ears may recently have twitched at the release of a new programming language: V. New hobby-project programming languages are released all the time, you would correctly argue; what makes this one special? The answer is a number of design choices which promote speed and safety: V is tiny and very fast. It’s also in a self-proclaimed alpha state, and though it’s already been used to build some interesting projects, is still at an early stage.

END_OF_DOCUMENT_TOKEN_TO_BE_REPLACED 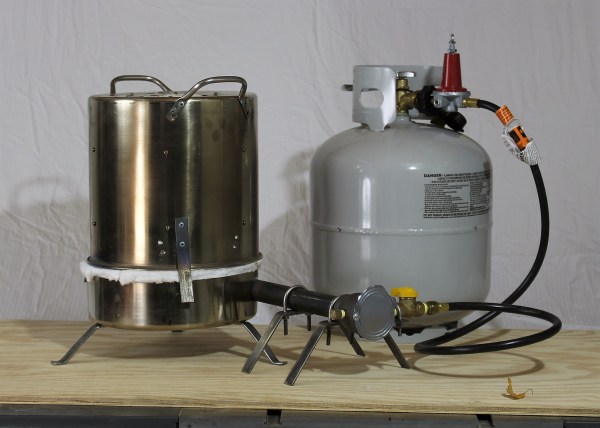 [Makercise] is getting ready for Maker Faire. One of the things he’d really like to do is some casting demonstrations. However, he has no desire to take his expensive and heavy electric kiln based foundry to Maker Faire. So, he made his own.

He got into metal casting during his excellent work on his Gingery lathe series. He started off by modeling his plan in Fusion 360. He’d use a 16qt cook pot turned upside down as the body for his foundry. The top would be lined with ceramic fiber insulation and the lid made out of foundry cement. He uses a Reil style burner, which he also modeled as an exercise. This design is light and even better, allows him to lift the top of foundry off, leaving the crucible completely exposed for easy removal.

All went well with the first iteration. He moved the handles from the top to the bottom of the pot and filled it with insulation. He built legs for the lid and made a nice refractory cement bowl on the bottom. However, when he fired it up the bowl completely cracked along with his crucible. The bowl from design flaw, the crucible from age.

A bit put off, but determined to continue, he moved forward in a different direction. The ceramic insulation was doing so well for the top of the foundry that he decided to get rid of the cement altogether and line the bottom with it as well. The lid, however, would be pretty bad for this, so he purchased another pot and cut the top portion of it off, giving him a steel bowl that matched the top.

The foundry fires up and has worked well through multiple pours. He made some interesting objects to hopefully sell at Makerfaire and to test the demonstrations he has planned. The final foundry weighs in at a mere 15lbs not including the fuel cylinder, which is pretty dang light. Video after the break.

END_OF_DOCUMENT_TOKEN_TO_BE_REPLACED Autoblog recently posted about the LusoMotors LM23, a track car powered by a Honda CBR1000 that weighs less than 900 pounds. We knew there have been quite a few other home built cars that have foregone traditional engines for motorcycle power plants, so we asked Google for a few project suggestions. It turned up this excellent round up of motorcycle powered cars by The Kneeslider. The usual Caterham suspects show up, but there are many other unique vehicles: from Mini and Fiat conversions to the unique sidemounted engine in the DP1 pictured above. Definitely check out this excellent collection.