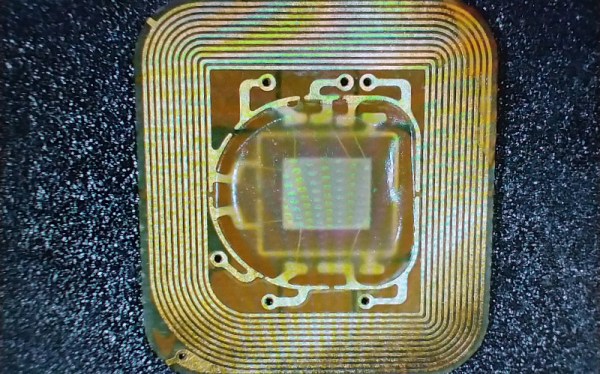 “NFC” stands for “Near Field Communication”, in which data can be exchanged between physically proximate devices without their being physically connected.  Both reader and tag achieve this through an antenna, which takes the form of a flat coil and a capacitor that together make a resonant tuned circuit. The reader sends out pulses of RF which is maintained once an answer is received from a card, and thus communication can be established until the card is out of the reader’s range. END_OF_DOCUMENT_TOKEN_TO_BE_REPLACED 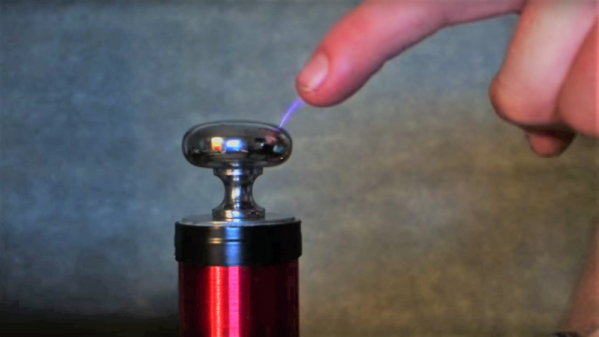 END_OF_DOCUMENT_TOKEN_TO_BE_REPLACED

Modern radios are often digital affairs, in which the frequency is derived from a stable crystal oscillator and varied through a microprocessor controlled frequency synthesiser. It won’t drift, and it’s exactly on the frequency dialed in. Older radios though relied on a tuned circuit, a combination of capacitor and inductor, for their frequency selection. If you were curious enough to peer inside — and we know you were — you’d have seen the moving vanes of a variable capacitor controlled by the tuning knob.

Of course, there is another way to adjust a tuned circuit: by changing the value of the inductor. Older car radios for instance moved a ferrite slug inside a coil to tune from station to station. But that method is not good enough for [David Mills]. Being in possession of some finely graduated syringes he decided to try liquid tuning by increasing the volume within the coil.

Solutions of salts made little difference, so he reached for some mercury. The result is an RF inductor wound round a syringe body, with a body of mercury whose position can be adjusted by the plunger. He measures the Q factor of the coil with air core or mercury core, and as the inductance decreases with more mercury, so does the Q.

We see home-made parts from time to time, and there’s nothing too special about permeability tuning. However, this unusual take on the matter makes this one rather special. We doubt we’ll see its like very often in the future.