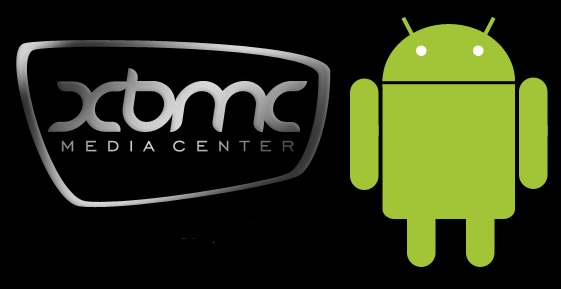 An unofficial, but fully functional release of XBMC should make the uber-popular media center software work with almost all Android devices. About six months ago the developers of XBMC announced that it had been ported for Android. That was true, but there was one caveat. The port was made functional on one specific Android device. The hardware company Pivos paid for the devs to add support for their Xios DS device. Although that build could be run on other Android devices, the hardware video acceleration could only be use if it was the same as the Xios. When not using the hardware acceleration many common video formats would only play at a few frames per second, if at all.

This build is a workaround and is not officially supported. What it brings to the table is the ability to use an external media player with XBMC. This way any video format which your Android device is capable of playing (with hardware acceleration) can be launched from XBMC but will be played by the native video application. We haven’t tried it for ourselves. If you have we’d love to hear about your experience in the comments. This original Atari controller is pretty small (take a look at that RCA cable for a sense of scale). Despite it’s size, [Kyle Brinkerhoff] managed to fit a complete gaming system inside the controller. This Pocket Sized Atari is a follow-up to another project he did called ArduPong which let him play Pong using a joystick and an Arduino. This rendition takes the external project box from that build and moves everything into one tight little package.

In the video after the break [Kyle] gives us a tour of the internals. The Arduino board he went with is an Ardweeny which is no bigger than the ATmega328 footprint so it can be easily mounted off to one side. The joystick internals have been replaced with the analog stick module from a PlayStation controller. That is where the button came from as well. Just connect this to a 9V battery and the composite video input of a TV and you’re ready to do some gaming!

Now if you just want that retro look for your Xbox Live games check out this Xbox 360 controller in an Atari joystick.

END_OF_DOCUMENT_TOKEN_TO_BE_REPLACED [Andreas Hölldorfer] brings his light fixtures into this century by using a couple of modern technologies. The fixtures combine LED modules, 3D printed pieces, and laboratory glassware to give his room a unique look.

The glass enclosure is something he’s had on hand for quite some time but they never actually got used. There is an opening at one end which is meant to receive a stopper. He modeled one including holes for the wires and printed the piece with a 3D printer. Also fabricated in the same way is a bracket that is used for mounting the fixture to the wall. The blossom of components inside the glass are each made up of five LED modules. There’s no word on what he’s using for a power supply or how he managed the cable runs, but he did post an image of two of the fixtures installed in his living room. We don’t blame the manufacturer of this GSM to Landline converter box for not designing the thing from the ground-up. After all, quantities of scale have made dumb-cellphones available for next to nothing. But you have to admit that it’s interesting to see a fully populated cellphone board creatively soldered into a consumer product. It would be commonplace if made in your basement rather than being sold in a store.

[Anton] was using the box to add his analog house phones to the cell network. The signal strength at home is pretty low and this box offers an external antenna for better reception. He cracked open the case expecting to see a GSM modem and was surprised to see the cellphone board. It includes a battery backup, and has been soldered directly to the cables which interface with the main PCB using some SIL connectors. Those solder joints were done by hand directly to the pins of the SIM card slot and as well as all of the other important connection points.

Despite what you may have heard, those 40 Watt laser cutters actually can cut out traces on your next PCB.

Since he got his laser cutter a year and a half ago, [Rich] over at Nothing Labs has been trying to cut PCBs with it. Others have tried, usually by masking off a piece of copper followed by chemical etching. [Rich] wanted a one-step process, though, and his laser cutter really isn’t up to the task of cutting metal.

All that changed when he heard of another maker cutting  .001″ thick stainless steel on a similar laser cutter. Stainless steel isn’t solderable, but mild steel is. After finding a very thin piece of mild steel, [Rich] taped it down to a sheet of acrylic, designed a simple 555 blinky LED circuit, and tried out a new technique.

It turns out it is possible to cut very thin steel into circuit traces, and with enough flux to turn them into a functional circuit. As a bonus the resulting circuit looks really cool and a board can be made in mere minutes.

It’s not the thing for very fine work – the minimum trace width [Rich] can get is about 1/16″, but it is a very fast way to prototype a few circuits.