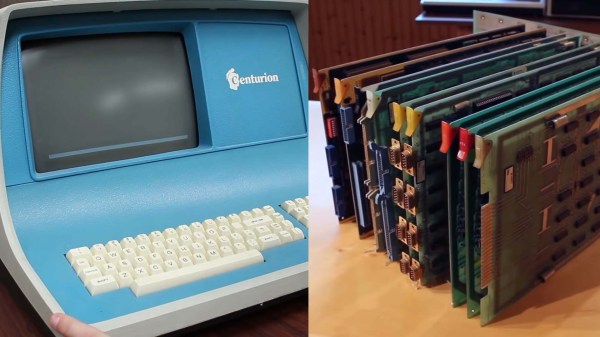 [David Lovett] aka Usagi Electric has spent the last several months dissecting a Centurion minicomputer from 1980. His latest update reveals that the restoration has hit several snags, and bootstrapping this old blue beast is going to be a challenge.

When we last checked in on this project, [David] had built a homebrew ROM reader to backup critical data stored several of the minicomputer’s ROM chips. Since then, the good news is that the Centurion is showing signs of life. Probing the Data Set Ready pin on the default RS232 serial port reveals a stream of data, likely stemming from the ‘CPU6’ board.

Unfortunately, that’s where the good news ends. Adding a terminal to the serial port interrupts this stream of data, and no information appears to be sent or received from any of the three terminals tested. To make matters worse, both of the massive hard drives appeared to have suffered catastrophic head crashes at some point in the 1990s, destroying the Centurion operating system and likely other important data in the process. Soiled air filters were the likely culprits, with evidence showing that yearly maintenance had been overlooked. While at least one of the drives can be repaired with new platters, the original operating system is completely lost.

As luck would have it, a previous employee of Centurion was able to provide a wealth of undocumented information that greatly aided in making sense of the minicomputer’s individual components. Incredibly, they were also able to provide a PROM Diagnostic board for the Centurion system. Not only could this board run a barrage of tests, it could also bootstrap the system with TOS (Test Operating System), a bare-bones memory monitor stored on the card’s PROMs. While the diagnostic card itself needs repairs, there’s now the slightest chance that [David] can use TOS as the starting off point for writing new software for the Centurion.

We really can’t wait to see what happens next with this project. We’ve covered some very special vintage computer restorations in the past, such as the cursed Diablo drive from a rare Xerox Alto, not to mention the delicate power-up procedure for an original Apple 1.

END_OF_DOCUMENT_TOKEN_TO_BE_REPLACED 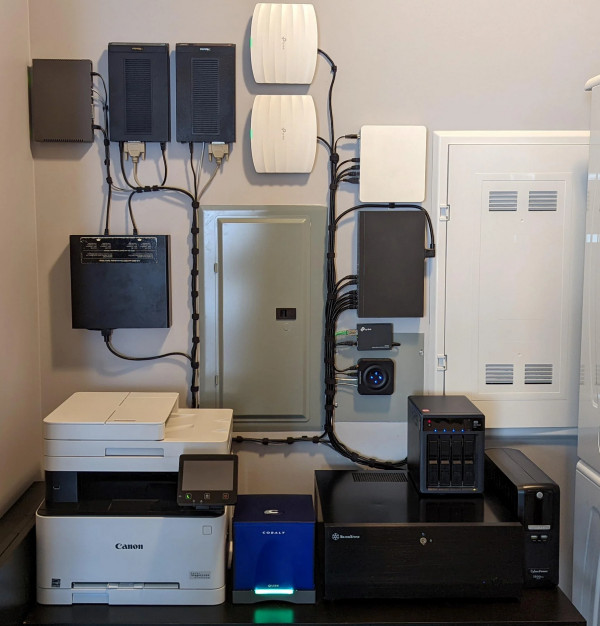 Restoring classic hardware of any sort is a great hobby to have, whether it’s restoring vintage cars, tools, or even antique Apple or Commodore computers. Understanding older equipment can help improve one’s understanding of the typically more complicated modern equivalents, plus it’s just plain fun to get something old up and running again. Certainly we see more retro computing restorations around here, but one thing that we don’t typically see much of is the networking equipment that would have gotten those older computers onto the early Internet. [Retrocet] has a strong interest in that area, and his latest dial-up server really makes us feel like we’re back in the 90s.

This home networking lab is built around a Cobalt Qube 2 that was restored after it was gifted to him as a wedding present. The Qube had a cutting edge 250 MHz 64-bit processor with up to 256 MB of RAM, and shipped with a customized Linux distribution as an operating system. The latest upgrade to this build sped up the modems to work at their full 56k rates which involved the addition of a DIVA T/A ISDN terminal and some additional hardware which ensures that incoming calls to the modems are digital. Keeping the connections digital instead of analog keeps the modems from lowering their speed to 33k to handle the conversions.

Until recently, [Retrocet] was running some of the software needed for this setup in a custom virtual machine, but thanks to the full restoration of the Qube and some tweaking of the Red Hat Linux install to improve the Point-to-Point Protocol capabilities of the older system, everything is now running on the antique hardware. If you are like [Retrocet] and have a bunch of this older hardware sitting around, there are still some ISPs available that can provide you with some service. 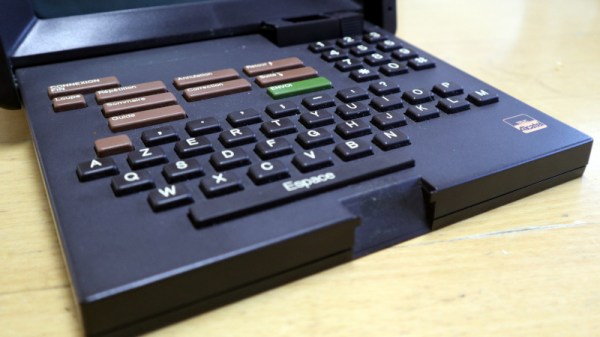 For British teenagers in the 1980s, the delights of 8-bit computers such as the Sinclair Spectrum, Commodore 64, or BBC Micro were firmly restricted to the offline arena. We would read about the BBS scene on the other side of the Atlantic, but without cheap local calls and with a modem costing a small fortune, the chances of us ever experiencing one was zero. When we took the British school rite of passage of a trip to France though, we were astounded to see that every French person was not merely online, but that they were doing so with a neat little all-in-one terminal. We’d just been introduced to the French Minitel system, and in that minute shared a glimpse of the future.

In the 1970s and 1980s, so-called videotext systems, terminal-based phoneline access to information services on central computers, were seen as an obvious next step for telephone network operators with an interest in profitable new products. In most countries this resulted in services such as the UK’s Prestel, a subscription service relying on costly hardware, but France Télécom instead pursued the bold path of making the terminals free to subscribers with free access to phone listings and yellow pages, but a business model based on pay-to-use premium services.

Thus, through the 1980s all French households had a Minitel terminal beside the phone, and the service became a runaway success. Ever since seeing Minitel terminals as a tourist I’d been fascinated by the service, so here in the 2020s when a friend was visiting their family in France I asked whether he could pick up an old Minitel terminal for me. Thus I found myself parting with around $25 and being rewarded with a slightly battered Minitel cardboard box containing one of the familiar brown Alcatel terminals. I certainly wasn’t expecting one in its original packaging. END_OF_DOCUMENT_TOKEN_TO_BE_REPLACED 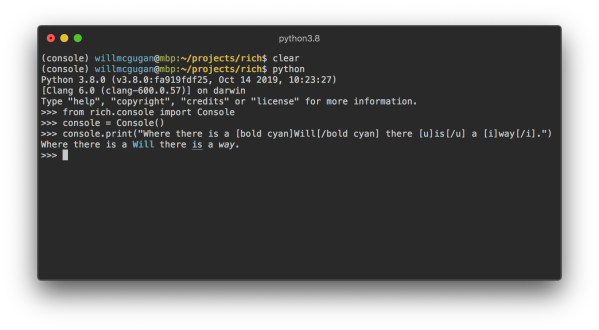 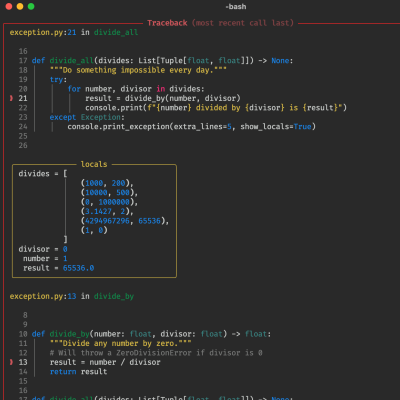 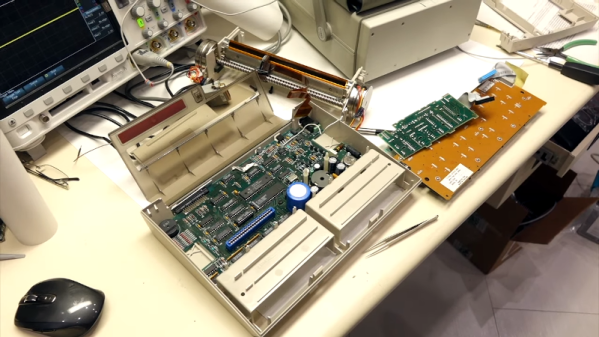 If you’ve ever used a real TeleType machine or seen a movie with a newsroom, you know that one TeleType makes a lot of noise and several make even more.[CuriousMarc] acquired the silent replacement, a real wonder of its day, the TI Silent 703. The $2,600 machine was portable if you think hauling a 25-pound suitcase around is portable. In 1971, it was definitely a step up.

The machine used a thermal printer, could have a built-in acoustic coupler for talking over the phone. You could also get a dual tape drive that acted like a mostly silent paper tape reader and punch.

END_OF_DOCUMENT_TOKEN_TO_BE_REPLACED 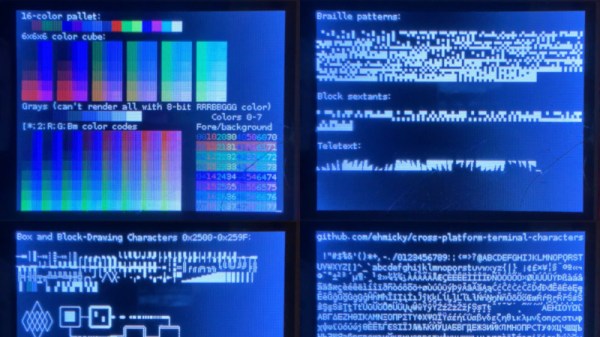 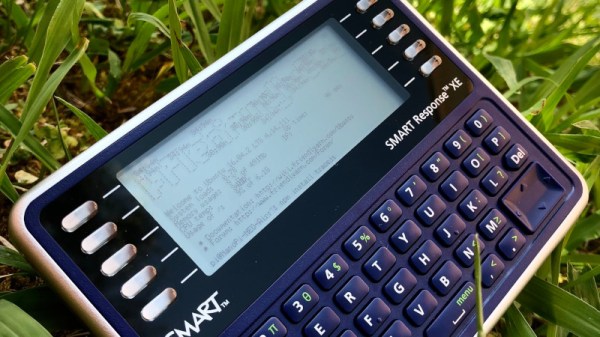