Before the NSA deletes this post, we’ll be clear: We’re talking about a model of a nuclear reactor, not the real thing. Using Legos, [wgurecky] built a point kinetic reactor model that interfaces with the reactor simulator, pyReactor.

Even without the Lego, the Python code demonstrates reactor control in several modes. In power control mode, the user sets a power output, and the reactor attempts to maintain it. In control rod mode, the user can adjust the position of the control rods and see the results.

If things get out of hand, there’s a SCRAM button to shut the reactor down in a hurry. The Lego model uses an Arduino to move the rods up and down (using a servo) and controls the simulated Cherenkov radiation (courtesy of blue LEDs).

We’ve been excited to see more high schools with significant engineering programs. This would be a good project for kids interested in nuclear engineering. It certainly is a lot safer than one of our previous reactor projects. 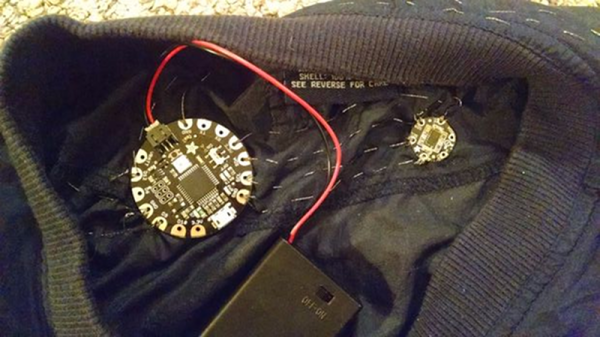 Snow skiing looks easy, right? You just stay standing, and gravity does the work. The reality is that skiing is difficult for beginners to learn. [19mkarpawich] loves to ski, but he was frustrated seeing crying kids on skis along with screaming parents trying to coach them. Inspired by wearable electronics, he took an Arduino, an old jacket, some LEDs, and created Ski Buddy.

END_OF_DOCUMENT_TOKEN_TO_BE_REPLACED

Automatic bed leveling is the next killer feature that will be found on all commercial filament printers. It’s a problem that has been solved a few dozen times already; there are just so many ways you can go about it. The Printrbot uses an inductive sensor to determine the position of the metal bed in relation to the nozzle. The Lulzbot Mini touches the nozzle itself to four contacts on the corner of the bed. There are even a few projects that will mechanically level the bed with the help of a system of cams and springs. It’s a difficult problem, and none of these solutions are perfect. [mjrice] has been thinking about the problem, and he hit upon a solution that is simple, elegant, and can be replicated on a 3D printer. It’s the RepRap solution to 3D printing, and it looks cool, to boot.

Instead of using the nozzle as a contact, getting an inductive sensor, or fabricating a baroque system of gears and cams, [mjrice] is doing this the old-fashioned way: a simple microswitch, the same type of switch you would find on the limit switches of any RepRap. Having a switch at the same Z position as a nozzle is an iffy idea, so [mjrice] made this switch retract into the extruder during printing, without using any motors, servos, or other electromechanical contrivances.

The key to this setup is a simple spring and a rack gear. When this rack gear is hit from the left side, it moves an arm and places the switch down on the bed. Hit the rack from the right side, and the switch folds up into the extruder. Combine this with a bit of G-code at the beginning of the print, and the switch will move down, figure out the actual height of the bed, and flip up out of the way. Beautiful, elegant, and the algorithms for bed leveling are already in most major printer firmwares.

You can check out the video of the mechanism below. It’s a great little device, and since it’s on a RepRap first, it’s not going to show up in a proprietary 3D printer next.

END_OF_DOCUMENT_TOKEN_TO_BE_REPLACED

[Louise] tried out her new E3D Cyclops dual extrusion system by printing a superb model dragon. The piece was sculpted in Blender, stands 13cm tall and can be made without supports. It’s an impressive piece of artwork that reflects the maker’s skill, dedication and hard work. She shared her creation on the popular Thingiverse website which allows others to download the file for use on their own 3D printer. You can imagine her surprise when she stumbled upon her work being sold on eBay.

It turns out that the owner of the eBay store is not just selling [Louise]’s work, he’s selling thousands of other models taken from the Thingiverse site. This sketchy and highly unethical business model has not gone unnoticed, and several people have launched complaints to both Thingiverse and eBay. Now, there are lots of things to talk about here, but the 800 pound high voltage transformer in the room is the legality of the whole thing. What he’s doing might be unethical, but is it illegal?

When [Louise] politely asked the eBay store owner to remove her work, he responded with:

“When you uploaded your items onto Thingiverse for mass distribution, you lost all rights to them whatsoever. They entered what is known in the legal world as “public domain”. The single exception to public domain rules are original works of art. No court in the USA has yet ruled a CAD model an original work or art.”

Most of the uploaded CAD models on Thingiverse are done under the Creative Commons license, which is pretty clear in its assertion that anyone can profit from the work. This would seem to put the eBay store owner in the clear for selling the work, but it should be noted that he’s not properly attributing the work to the original creator. There are other derivatives of the license, some of which prohibit commercial use of the work. In these cases, the eBay store owner would seem to be involved in an obvious violation of the license.

There are also questions stirring with his use of images.  He’s not taking the CAD model and making his own prints for images. He lifting the images of the prints from the Thingiverse site along with the CAD files. It’s a literal copy/paste business model.

With that said,  the eBay store owner makes a fairly solid argument in the comments section of the post that broke the news. Search for the poster named “JPL” and the giant brick of text to read it. He argues that the Thingiverse non-commercial license is just lip service and has no legal authority. One example of this is how they often provide links to companies that will print a CAD design on the same page of a design that’s marked as non-commercial. He sums up one of many good points with the quote below:

“While we could list several other ways Thingiverse makes (money), any creator should get the picture by now-Thingiverse exists to make Stratasys (money) off of creators’ designs in direct violation of its very own “non-commercial” license. If a creator is OK with a billion-dollar Israeli company monetizing his/her designs, but hates on a Philly startup trying to make ends-meet, then they have a very strange position indeed.”

OK Hackaday readers, you have heard both sides of the issue. Here’s the question(s):

1.  Is the eBay seller involved in illegal activity?

3. How would you feel if you found your CAD file for sale on his eBay store? 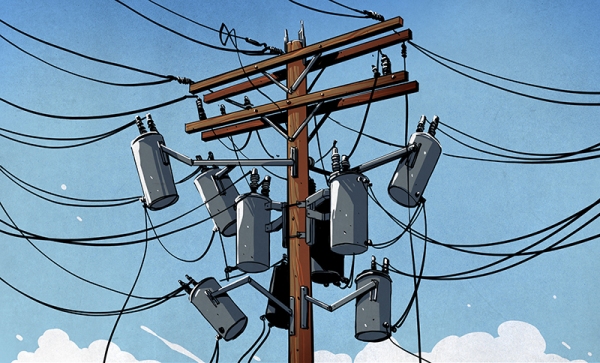 We live under the umbrella of an intricate and fascinating web of infrastructure that enables every aspect of modern technology. But how often do we really look at it? I’ve been intrigued by utility poles for years, and I’ve picked up a thing or two that I’d like to share. Bear in mind these are just my observations from the ground in my area; I’m sure utility professionals will have better information, and regional practices will no doubt lead to very different equipment arrangements. But here’s a little of what I’ve picked up over my years as a pole geek.

END_OF_DOCUMENT_TOKEN_TO_BE_REPLACED 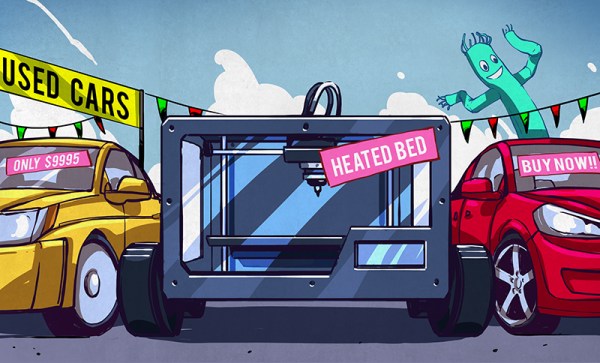