The folks over at Arbor Networks were browsing Twitter and discovered something very strange: a Twitter account seemingly posting gibberish. At least, that’s how it appeared at first. Upon closer investigation, they discovered that the profile was posting base64 encoded links to PKZIP archives. When they extracted the contents and unpacked the contained DLL and EXE files, they discovered that the account was posing links to malware that would post user information back to certain URLs. The article was also updated to show that the scheme wasn’t limited to Twitter, but also affected users on Jaiku and Tumblr. It’s a bit scary to see that all malware isn’t as blatantly obvious as we usually would think it to be.

Traffic monitoring has been available on Google Maps for some time, but has been limited to highways and major roads. According to the Google LatLong blog, traffic tracking support is now available for smaller surface roads in select cities. The data is gathered through mobile phones running My Location. Anybody wishing to help out can sign up their phone and opt into My Location to participate in the anonymous data collection. Now you won’t have to gamble on whether or not your back road alternative route is congested when there’s construction on the freeway. Dash tried something similar with their two-way traffic reporting, but we’re guessing that Google’s version will have even better performance thanks to a rapidly increasing install base. 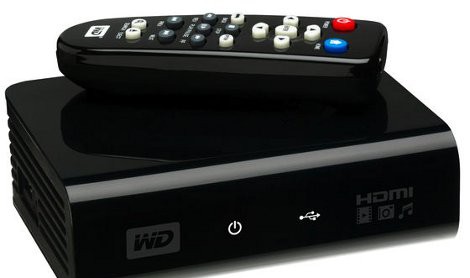 Western Digital recently released a media player that attaches to your TV and allows you to play HD media straight from an external USB drive to the television. With a price point of about $100, it’s strange that the device hasn’t made more of a stir in the consumer electronics market. Of course, if it exists, someone will hack it, though. Clever hardware and software hackers have already managed to get an alternative firmware running on the device, allowing for packages like a web server, RSS reader, Apple trailer viewer, and other linux-based packages. It’s good to see a device with so many software mods so early into production.

Google has opened up a new Android Developer Challenge for submissions. About $2,000,000 in prize money is available, with $250,000 going to the best overall app. Submissions are due by August 31, leaving about a week to get apps in for judging. Time is short, but the prizes are big. Hopefully we’ll see some exciting things come from the contestants now that the community has grown since the previous ADC in 2008.

Routers aren’t just for routing network traffic any more. With the help of alternative operating systems such as DD-WRT, Tomato, and OpenWrt, routers are now extremely customizable and can be utilized to suit a number of needs. The main issue with projects built around routers is the need to telnet or SSH into them to get to a console. [Sven Killig] came up with a useful solution that utilizes the USB ports available on an Asus router to display video on a DisplayLink device, allowing a user to sit down and use the device as though it were a physical terminal. This would be a good DIY alternative to commercially available routers that display network graphs, system information, incoming email, and other data.

Every electronics workbench could benefit from having a bench power supply. Converting a PC power supply works, but often, it involves splicing wires and limits the supply to only bench use, and building one from scratch is definitely an undertaking. To counter this, [silic0re] and his father came up with a detachable adapter that simply plugs into the existing connectors. The adapter provides posts for four different voltages and can be built in no time. It’s nice to see a solution that will let you use any power supply laying around without having to worry about the dangers of opening it or cutting it up.