Cellerator really had us at “make designer beers”, but of course this multi-purpose biotech lab has a lot more to offer. It seeks to lower the cost and complexity barriers for automating useful scientific equipment, and wants to pave the way for more innovation in material science based.

The approach taken by Cellerator is to take existing lab tools and automate common research tasks using components familiar to anyone who’s used a 3D printer. A gantry system with end effectors designed for different tools like pipettes automate the processing of samples. A camera (with or without microscope) can be used for feedback via computer vision, or simply by logging snapshots. 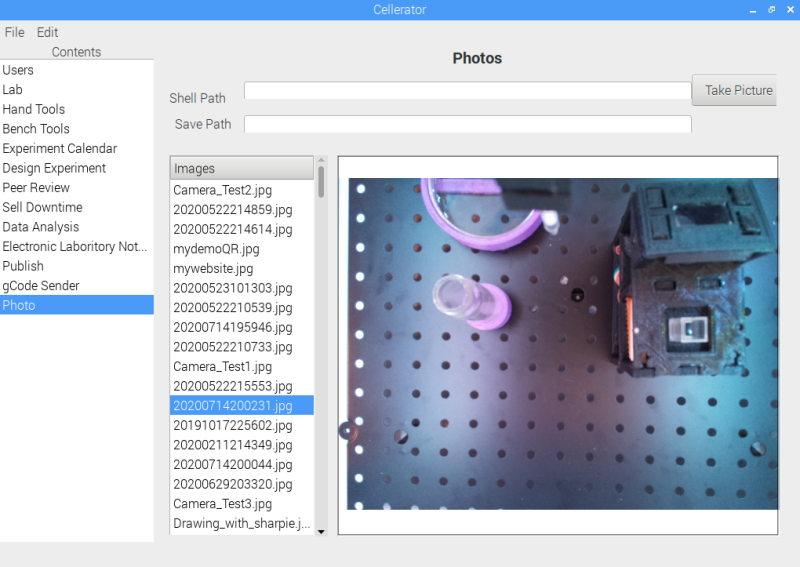 A number of screenshots from the software show the depth of the plans for the system. They include widgets for telling the system where various fixtures such as the hot plate, centrifuge, and bioreactor are located. Sub menus for each tool set parameters for their operation, with a scheduling and instruction system for customizing each experiment as well as recording all of the data along the way.

Some plants react quickly enough for our senses to notice, such as a Venus flytrap or mimosa pudica. Most of the time, we need time-lapse photography at a minimum to notice while more exotic sensors can measure things like microscopic pores opening and closing. As with any sensor reading, those measurements can be turned into action through a little trick we call automation. [Harpreet Sareen] and [Pattie Maes] at MIT brought these two ideas together in a way which we haven’t seen before where a plant has taken the driver’s seat in a project called Elowan. Details are sparse but the concept is easy enough to grasp.

We are not sure if this qualifies as a full-fledged cyborg or if this is a case of a robot using biological sensors. Maybe it all depends on which angle you present this mixture of plant and machine. Perhaps it is truly is the symbiotic relationship that the project claims it to be. The robot would not receive any instructions without the plant and the plant would receive sub-optimal light without the robot. What other ways could plants be integrated into robotics to make it a bona fide cyborg?

END_OF_DOCUMENT_TOKEN_TO_BE_REPLACED BioTac Artificial Skin Technology is sure to be a storm with Robotics Designers. Giving them the opportunity to add a third sense to there robotic marvels. Now they can have the sense of touch to go along with existing technologies of sight and of sound.  Thanks to the technology coming out of the University of Southern California making this possible.

They have chosen to call their sensor BioTac, which is a new type of tactile sensor designed to mimic the human fingertip with its soft flexible skin. The sensor makes it possible to identify different types of texture by analyzing the vibrations produced as the sensor brushes over materials. This sensor is also capable of measuring pressure applied and  ambient temperature around the finger tip, expect to see this technology in next gen prosthetics. Let us know your thoughts on it.