Hardly a week goes by without a headline screaming about some asteroid or another making a close approach to Earth; it’s only by reading the fine print that we remember what an astronomer’s definition of “close” means. Still, 2020 being what it is, it pays to stay on top of these things, and when you do the story can get really interesting. Take asteroid 2020 SO, a tiny near-Earth asteroid that was discovered just last week. In a couple of weeks, 2020 SO will be temporarily captured into Earth orbit and come with 50,000 km near the beginning of December. That’s cool and all, but what’s really interesting about this asteroid is that it may not be a rock at all. NASA scientists have reverse-engineered the complex orbit of the object and found that it was in the vicinity of Earth in late 1966. They think it may be a Centaur booster from the Surveyor 2 moon mission, launched in September 1966 in the runup to Apollo. The object will be close enough for spectral analysis of its. surface; if it’s the booster, the titanium dioxide in the white paint should show up loud and clear.

Lasers are sort of forbidden fruit for geeks — you know you can put an eye out with them, and still, when you get your hands on even a low-power laser pointer, it’s hard to resist the urge to shine it where you shouldn’t. That includes into the night sky, which as cool as it looks could be bad news for pilots, and then for you. Luckily, friend of Hackaday Seb Lee-Delisle has figured out a way for you to blast lasers into the night sky to your heart’s content. The project is called Laser Light City and takes place in Seb’s home base of Brighton int he UK on October 1. The interactive installation will have three tall buildings with three powerful lasers mounted on each; a smartphone app will let participants control the direction, shape, and color of each beam. It sounds like a load of fun, so check it out if you’re in the area.

We got an interesting story from a JR Nelis about a quick hack he came up with to help his wife stay connected. The whole post is worth a read, but the short version of the story is that his wife has dementia and is in assisted living. Her landline phone is her social lifeline, but she can’t be trusted with it, lest she makes inappropriate calls. His solution was to modify her favorite cordless phone by modifying the keypad, turning it into a receive-only phone. It’s a sad but touching story, and it may prove useful to others with loved ones in similar situations.

We pay a lot of attention to the history of the early computer scene, but we tend to concentrate on computers that were popular in North America and the UK. But the Anglo-American computers were far from the only game in town, and there’s a new effort afoot to celebrate one of the less well-known but still important pioneer computers: the Galaksija. Aside from having a cool name, the Yugoslavian Z80 computer has a great story that will be told in documentary form, as part of the crowdsourced Galaksija project. The documentary stars our own Voja Antonic, who was key to the computer’s development. In addition to the film, the project seeks to produce a replica of the Galaksija in kit form. Check out the Crowd Supply page and see if it’s something you’re willing to back.

There’s an interesting new podcast out there: the Pick, Place, Podcast. Hosted by Chris Denney and Melissa Hough, it comes out every other week and is dedicated to the electronic assembly industry. They’ve currently got eight episodes in the can ranging from pick and place assembly to parts purchasing to solder paste printing. If you want to learn a little more about PCB assembly, this could be a real asset. Of course don’t forget to make time for our own Hackaday Podcast, where editors Mike and Elliot get together to discuss the week in hardware hacking. 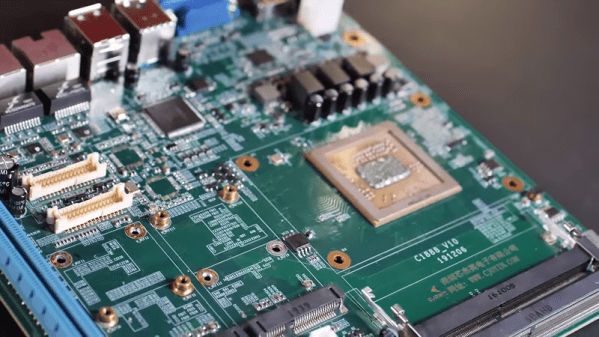 Last year, fabless chip maker Zhaoxin announced they were readying a multicore x86-compatible CPU. According to media reports, the chips are showing up on Chinese marketplaces like Taobao shipping around March.

The company is a joint venture between the Shanghai Municipal Government and VIA Technologies, a familiar name in the PC business. It makes even more sense if you remember that VIA bought Centaur who had built simple x86 chips and used the simplicity to add more cache that more complex Intel and AMD chips. These fell out of the hobby market, but they’ve still been pushing forward providing simple designs that are inexpensive and consume low power.

END_OF_DOCUMENT_TOKEN_TO_BE_REPLACED 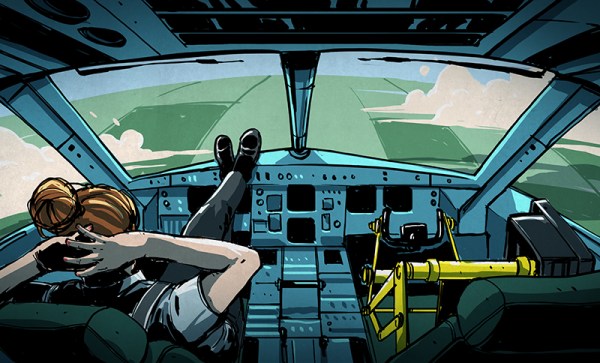