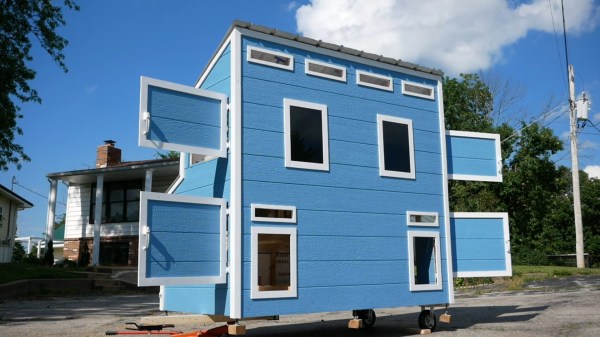 You might recognize [Robert Dunn] from his YouTube channel Aging Wheels, where he hacks on all sorts of automotive delights. On his other channel, Under Dunn, [Robert] tends to focus on building things. In this case, his nine chickens grew a bit, and he needs a new coop for his twenty chickens, three turkeys, and two geese. The build, the video, and the outcome are all typical of [Robert Dunn]’s videos- that is to say fun, informative, and easy to follow along with.

Rather than building on to his existing coop that was designed for less than a dozen chickens, [Robert] decided to start from scratch. Using CAD to overcomplicate matters at every possible step, the build flies together with impressive speed- but never quite takes off until the very last moment.

The video highlights all the things we want to see: The CNC’ing, the fails (including one very large fall-flat-on-your-face moment), the recovery from the fails, routed butt joints, and screen door handles. It’s also got all of the overengineered goodness we’ve all come to love. You’ll also enjoy his solution to moving, then fixing, then finally installing the coop.

If you enjoyed this, and watching people fail, check out [Robert]’s Fail Of The Week that we featured a while back.

END_OF_DOCUMENT_TOKEN_TO_BE_REPLACED

What’s cooler than a door that irises open and closed? Not much. They add a nice science-fictiony detail to any entryway. [Zposner]’s dad wanted an automatic door for his chicken coop, so [zposner] took some time and came up with a nice door for him with an iris mechanism. You’ll need to watch the video.

[Zposner] used a combination of laser cutting and a CNC router to cut the pieces, then sanded and painted the wood. After assembly, [zposner] started work on the control mechanism. He’s controlling the door with an Arduino and a motor shield; to let the Arduino know to stop the motor, [zposner] used limit switches which get hit as the mechanism rotates. Once the switches were in the right place and the code written, it was time to finish assembly and install the door on the coop. To keep the Arduino that safe, it was installed in a plastic container with a screw lid, and then hot-glued to beside the iris.

Unfortunately, chickens don’t necessarily care how cool something is, and in this case, they didn’t realize that the iris was a door – they refused to exit the coop through it. [Zposner] tried a few things before settling on putting the chicken on the edge of the door – then the chicken would realize that it could go through it.

[Zposner]’s dad now has a snazzy door that opens with a switch. It was a great project for [zposner] and his dad to work on and, even if the chickens seem unimpressed, they did a great job. Check out the iris porthole that a Detroit Hackerspace built into its door, or, if you really want to build an iris mechanism, but don’t have access to a CNC router, a laser cutter, or, you know, wood, you could build this out of bits you have lying around.

END_OF_DOCUMENT_TOKEN_TO_BE_REPLACED 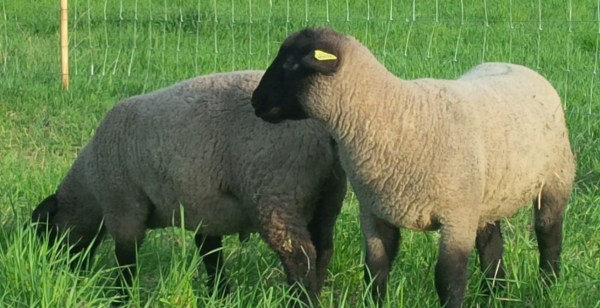 Life down on the farm isn’t easy, and a little technology can go a long way to making things easier for the farmer. It’ll be a while before any farmer can kick back on the beach and run his place from a smartphone, but that’s clearly the direction things are heading with this small farm automation project. 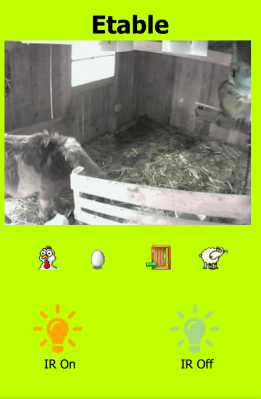 [Vince]’s livestock appears to consist of chickens and sheep at this point, and the fact that they share housing helped him to deploy some tech for both species. The chickens got an automated door that lets them out in the morning and shuts them in safely once they’ve returned to roost for the night – important protection against predators. The door is hoisted by a Somfy window-treatment motor, which seems a little on the overkill side to us; a thrift-store electric drill and a homebrew drum might have worked too. A Teensy with an RTC opens and closes the door according to sunrise and sunset times, and temperature and humidity sensors provide feedback on conditions inside the coop. The sheep benefit from a PTZ webcam to keep an eye on their mischief, and the whole thing is controlled by a custom web interface from [Vince]’s smartphone.

There’s just something about automating chicken coop doors that seems to inspire hackers; check out this nice self-locking design. As for [Vince]’s farm, it looks like his system has a lot of room for expansion – food and water status would be a great next step. We’re looking forward to seeing where he goes from here. 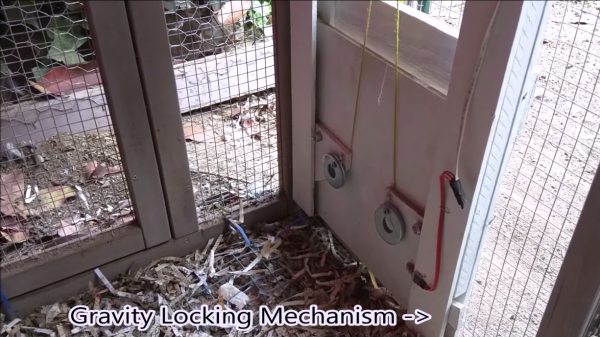 We’re not sure if the Chickens know it yet, but they could be one of the reasons for all this IoT craze now a days. Look for chicken coop, and out come dozens of posts from the Hackaday chest.

Here’s another one from self confessed lazy engineer [Eric]. He didn’t want to wake up early to let his chickens out in the morning, or walk out to the coop to lock them up for the night to protect them from predators like Foxes, Raccoons and Opossum. So he built a Raspberry-Pi controlled chicken coop door that automates locking and unlocking. The details are clear from his video which you can watch after the break. The door mechanism looks inspired from an earlier anti-Raccoon gravity assist door.

The hardware (jpg image) is simple – a couple of hall sensors that detect the open/close status of the coop door that is driven by a DC motor via a bridge controller. The whole setup is controlled using a Raspberry-Pi and this is where the fun starts – because he can now add in all kinds of “feature creep”. Motion sensor, camera, light array, and anti-predator gizmos are all on his drawing board at the moment. Add in your feature requests in the comments below and let’s see if [Eric] can build the most advanced, complicated, gizmo filled chicken coop in the Universe. Combine that with this design, and it could even turn out to be the most beautiful too.