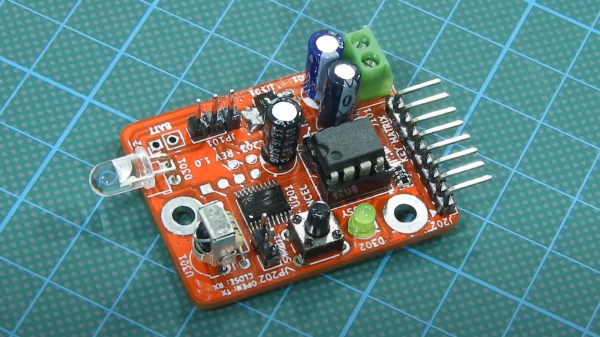 Many devices use infrared (IR) as a signalling medium like, for example, RGB LED strip controllers
modules and some TV controllers. Often times these signals aren’t meant for secure applications which means the functionality can be reproduced by simply replaying back the received signal verbatim. Sometimes, enterprising hackers want to reverse engineer the IR signals, perhaps to automate some tasks or just to get a better understanding of the electronics we use in our everyday life. To help in this effort, [dilshan] creates an open source hardware IR cloner device, capable of snooping IR signals and retransmitting them.

The IR cloner is a sweet little IR tool that can be used to investigate all sorts of IR signals.
In addition to the source code and design files, [dilshan] has also taken care to create detailed documentation as an addendum to the video on assembly and usage. END_OF_DOCUMENT_TOKEN_TO_BE_REPLACED 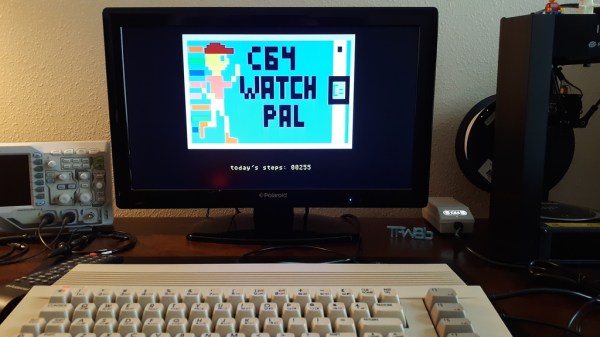 If you’ve got a smartwatch on your wrist, chances are you’ve also got a device nearby that links up with it. Most modern watches will happily sync with Android devices or iPhones, and some will also talk to Windows PCs. But what if you’re running an alternative OS? Something like, say, Commodore BASIC? In that case, you might want to check out [Nick Bild]’s latest project, which lets you to sync your smartwatch to your Commodore 64.

Sadly, you can’t just use any old smartwatch: the project is an extension of [Nick]’s Commodore 64 Smartwatch that we featured earlier. This watch can run Commodore 64 programs thanks to a custom software stack, but like most typical smartwatches also includes an accelerometer that counts your steps. Syncing the step counter to your computer is straightforward: after you come home from your daily run, you simply tap “sync” on the watch, enter LOAD"SYNC.PRG",8,1 on your Commodore 64, and the computer will show your total step count. 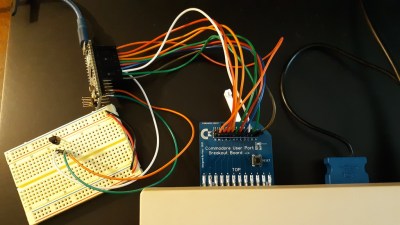 The C64 watch communicates with the host computer through a built-in infrared port. The classic Commodore computers don’t have an IR receiver, so [Nick] built one himself using an Arduino Micro hooked up to the C64’s User port. A custom program reads out the data and shows the step count on the screen.

Although the feature set of this app is a bit limited, [Nick]’s project demonstrates how the good old Commodore 64 can still perform useful tasks in today’s world. Not that we needed much reminding: after all, we’ve even seen it run AI applications using TensorFlow Lite.

END_OF_DOCUMENT_TOKEN_TO_BE_REPLACED

We recently published an article where someone apparently controlled their TV by simulating a remote with merely a lighter and a sheet of paper. The paper had a barcode like cutout for a supposed “Universal Standby Signal”. The video rightfully attracted a substantial crowd, some awestruck by its simplicity, others sceptical about its claims.

Coming from some generic “Viral Life Hack” production house, the characteristic blare of background music, more suited to an underground rave than a technical video, certainly did not do it any favours. As any moderately experienced campaigner would know, modern televisions and remotes have been carefully engineered  to prevent such mishaps. Many of us at Hackaday, were under the impression that it would take something slightly more sophisticated than a fluorescent-bodied lighter and a crisp sheet of A4 to deceive the system. So we tested it out. Our verdict? Unlikely, but not impossible. (And we’re pretty sure that the video is a fake either way.) But enough speculation, we’re here to do science.

END_OF_DOCUMENT_TOKEN_TO_BE_REPLACED