Op amps. Often the first thing that many learn about when beginning the journey into analog electronics, they’re used in countless ways in an overwhelmingly large array of circuits. When we think about op amps, images of DIPs and SOICs spring to mind, with an incredibly tiny price tag to boot. We take their abundance and convenience for granted nowadays, but they weren’t always so easy to come by. 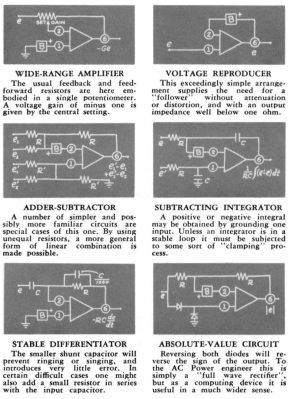 [Mr Carlson] serves up another vintage offering, this time in the form of a tube op amp. The K2-W model he acquired enjoyed popularity when it was released as one of the first modular general purpose amplifiers, due to its ‘compact form’ and ‘low price’. It also came with large application manuals which helped it to gain users.

In order to power up the op amp and check its functionality, +300V and -300V supplies are needed. [Mr Carlson] is able to cobble something together, since it’s very apparent that he has an enviable stash of gear lying around. A 600V rail to rail supply is not something to be taken lightly, though it does give this particular model the ability to output 100V pk-pk without any distortion.

The op amp is set up as an inverting amplifier, and once powered on proves to work flawlessly. As always, the video is an entertaining watch, stuffed full of retro electronics trivia. We’re big fans of [Mr Carlson]’s work, and have previously written about his adventures with a colossal walk-in AM radio transmitter, as well as his restoration of a 1930s oscilloscope and subsequent transformer de-potting.

END_OF_DOCUMENT_TOKEN_TO_BE_REPLACED 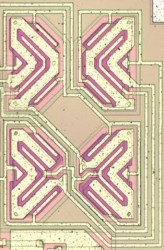 For hams who build their own radios, mastering the black art of radio frequency electronics is a necessary first step to getting on the air. But if voice transmissions are a goal, some level of mastery of the audio frequency side of the equation is needed as well. If your signal is clipped and distorted, the ham on the other side will have trouble hearing you, and if your receive audio is poor, good luck digging a weak signal out of the weeds.

Hams often give short shrift to the audio in their homebrew transceivers, and [Vasily Ivanenko] wants to change that with this comprehensive guide to audio amplifiers for the ham. He knows whereof he speaks; one of his other hobbies is jazz guitar and amplifiers, and it really shows in the variety of amps he discusses and the theory behind them. He describes a number of amps that perform well and are easy to build. Most of them are based on discrete transistors — many, many transistors — but he does provide some op amp designs and even a design for the venerable LM386, which he generally decries as the easy way out unless it’s optimized. He also goes into a great deal of detail on building AF oscillators and good filters with low harmonics for testing amps. We especially like the tip about using the FFT function of an oscilloscope and a signal generator to estimate total harmonic distortion.

The whole article is really worth a read, and applying some of these tips will help everyone do a better job designing audio amps, not just the hams. And if building amps from discrete transistors has you baffled, start with the basics: [Jenny]’s excellent Biasing That Transistor series.

END_OF_DOCUMENT_TOKEN_TO_BE_REPLACED

To measure how fast something spins, most of us will reach for a tachometer without thinking much about how it works. Tachometers are often found in cars to measure engine RPM, but handheld units can be used for measuring the speed of rotation for other things as well. While some have mechanical shafts that must make physical contact with whatever you’re trying to measure, [electronoobs] has created a contactless tachometer that uses infrared light to take RPM measurements instead.

The tool uses an infrared emitter/detector pair along with an op amp to sense revolution speed. The signal from the IR detector is passed through an op amp in order to improve the quality of the signal and then that is fed into an Arduino. The device also features an OLED screen and a fine-tuning potentiometer all within its own self-contained, 3D-printed case and is powered by a 9 V battery, and can measure up to 10,000 RPM.

The only downside to this design is that a piece of white tape needs to be applied to the subject in order to get the IR detector to work properly, but this is an acceptable tradeoff for not having to make physical contact with a high-speed rotating shaft. All of the schematics and G code are available on the project site too if you want to build your own, and if you’re curious as to what other tools Arduinos have been used in be sure to check out the Arduino-based precision jig.

END_OF_DOCUMENT_TOKEN_TO_BE_REPLACED

Maybe you are familiar with the op-amp as an extremely versatile component, and you know how to quickly construct a huge variety of circuits with one. Maybe you even have a favorite op-amp or two for different applications, covering many possible niches. Standard circuits such as an inverting amplifier are your bread and butter, and the formula gain=-Rf/Ri is tattooed on your forearm.

But you can know how to use op-amps without really knowing how they work. Have you ever peered under the hood of an op-amp to find out what’s going on in there? Would you like to? Let’s take a simple device and examine it, piece by piece.