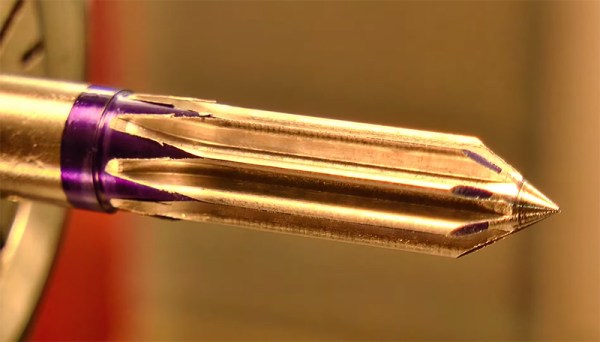 Another day, another interesting YouTube channel. [Chris]’ Clickspring channel and blog is something you don’t really see much these days: machining parts with a lathe, a mill, and no CNC. The project [Chris] is working on now is a clock based on a design by [John Wilding]. It’s very large, and all the parts are constructed out of raw brass and steel stock.

Of course making a clock isn’t just about cutting out some parts on a lathe and turning them on a mill. No, you’re going to need to make the parts to make those parts. [Chris] has already made a tailstock die holder for his lathe, a clamping tool to drill holes in rods, and a beautiful lathe carrier to hold small parts.

All of this is top-notch work, with custom tin lapping tools to put a mirror finish on the parts, and far more effort than should be necessary going into absolute perfection. The clock project is turning out great, although there are several more months until it will tick its first second.

END_OF_DOCUMENT_TOKEN_TO_BE_REPLACED 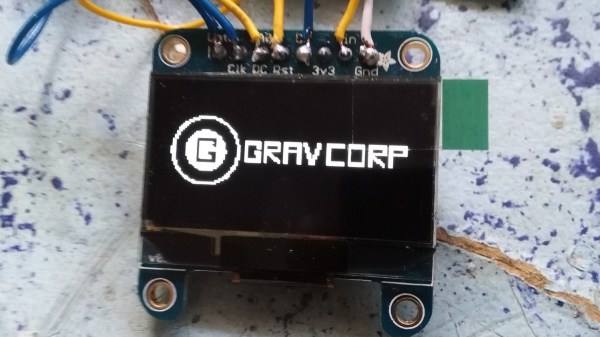 [Lewin] wrote in to tell us about a high speed library for Arduino Due that he helped develop which allows interfacing OLED displays that use the SSD1306 display controller, using DMA routines for faster display refresh time.

Typically, displays such as the Monochrome 1.3″ 128×64 OLED graphic display , are interfaced with an Arduino board via the SPI or I2C bus. The Adafruit_SSD1306 library written by [Limor Fried] makes it simple to use these displays with a variety of Arduinos, using either software or hardware SPI. With standard settings using hardware SPI, calls to display() take about 2ms on the Due.

[Lewin] wanted to make it faster, and the SAM3X8E on the Due seemed like it could deliver. He first did a search to find out if this was already done, but came up blank. He did find [Marek Buriak]’s library for ILI9341-based TFT screens. [Marek] used code from [William Greiman], who developed SD card libraries for the Arduino. [William] had taken advantage of the SAM3X8E’s DMA capabilities to enable faster SD card transfers, and [Marek] then adapted this code to allow faster writes to ILI9341-based screens. All [Lewin] had to do was to find the code that sent a buffer out over SPI using DMA in Marek’s code, and adapt that to the Adafruit library for the SSD1306.

There is a caveat though: using this library will likely cause trouble if you are also using SPI to interface to other hardware, since the regular SPI.h library will no longer work in tandem with [Lewin]’s library. He offers some tips on how to overcome these issues, and would welcome any feedback or testing to help improve the code. The speed improvement is substantial. Up to 4 times quicker using standard SPI clock, or 8 times if you increase SPI clock speed. The code is available on his Github repo. 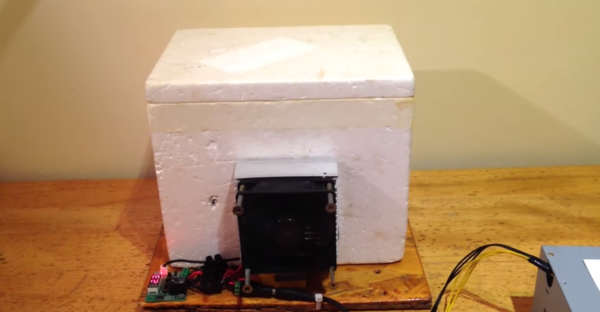 Ever play with a Peltier plate? They’re these really cool components that kind of look like a ceramic sandwich, and when you put power into them, one side gets hot, and one side gets freezing cold! [Joseph Rautenbach] decided he wanted to try making his own mini fridge out of one — which is typically how most modern mini fridges work these days.

The peltier plate he’s using draws 12v at about 3.5 amps — so about 50W — and if you don’t heat sink it properly you could burn it out in a matter of seconds. Peltier plates only care about the temperature differential between the two sides — if you don’t take the heat away from the hot side, it will soon overheat and destroy itself.

[Joe’s] using a styrofoam cooler for the fridge with a pair of computer heat sinks and fans for the peltier plate, and a temperature PID controller he bought off eBay. The external heat sink sucks away the excess heat generated by the peltier plate, and the internal one helps spread cooled air around the inside of the styrofoam cooler. The PID controller allows him to set a preferred temperature to maintain in the box, which will then control the outputs to keep it that way.

END_OF_DOCUMENT_TOKEN_TO_BE_REPLACED

The USB Implementers’ Forum doesn’t make things easy for anyone building a product with a USB port. To sell anything with USB and have it work like USB should, you need to buy a USB Vendor ID, a $5000 license that grants you exclusive use of 65,536 USB Product IDs. Very few companies will ever release 65,000 products, and there are a lot of unused PIDs sitting around out there.

Now, someone has finally done the sensible thing and put an unused USB VID to work. pid.codes obtained the rights to a single VID – 0x1209 – and now they’re parceling off all the PIDs that remain to open source hardware projects.

This is not a project supported by the USB Implementers’ Forum, and is more of a legal game of chicken on the part of pid.codes. The only thing the USB-IF could do to stop this is revoke the original VID; useless, because they can’t reassign it to anyone else. The original owners of the VID, InterBiometrics, licensed their VID before transferring or sublicensing VIDs and PIDs was prohibited by the USB-IF.

You can get a PID by forking the pid.codes repo, claiming a PID, and sending a pull request. Once that’s accepted, that PID is yours forever.

Throughout human history, mankind has worked to enable those with disabilities. This applies especially to those who have missing limbs, either from injury or since birth. Every time technology improves, prosthetics improve along with the way. Unfortunately this now means prosthetics have become expensive systems. Hackers, makers, and engineers are working to make prosthetics more affordable, and more available to everyone. This week’s Hacklet focuses on some of the best prosthetics projects on Hackaday.io! 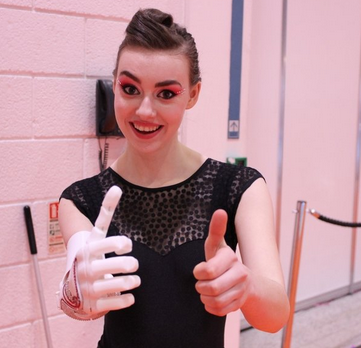 We start with [Open Bionics] and Affordable Bionic Hands For Amputees. The [Open Bionics] team are using 3D printers to bring the cost of a prosthetic arm and hand down from up to $100,000 USD to just $1000 USD. They’ve also reduced the time to create a custom device from weeks to just 5 days. The team’s current hand has five degrees of freedom, uses electromyography (EMG) for control, and weighs just 268 grams. [Open Bionics] discovered that many amputees are willing to trade off functions for a lighter weight device. Having a sensor and motor studded hand won’t help much if the wearer is worn out after just a couple of hours! 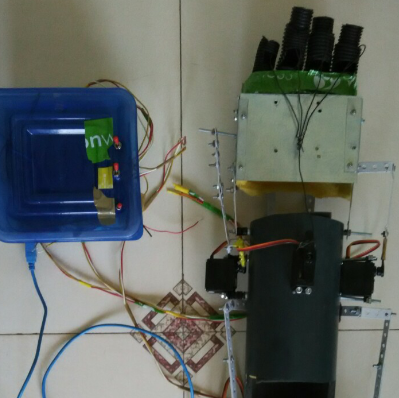 Next up is [yash.gajra56] and RE-ARM. RE-ARM is a prosthetic arm project which aims to help both those who have lost limbs, and those with full or partial paralysis of a limb. Movement is provided by radio control style servos. Control is via voice commands and Bluetooth from a cell phone. [Yash] has incorporated feedback into RE-ARM by using flex sensors. Processing is handled by an Arduino. We like the low-cost, low tech approach RE-ARM uses. We’d love to see everyone have access to a 3D printer, but unfortunately the world isn’t there quite yet. RE-ARM uses readily available components to build a functional prosthetic. Nice work [yash]! 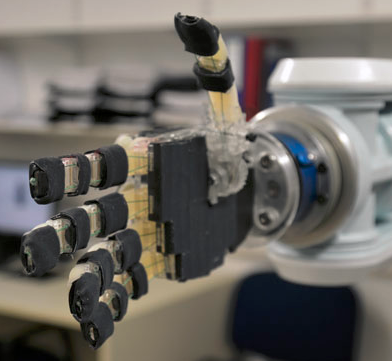 [OpenBionics] brings us  Affordable Prosthetic Hands. No, you didn’t read that name wrong. There are two “Open Bionics” on Hackaday.io! This [OpenBionics] team has no space, and is based in Athens, Greece. The other [Open Bionics] team does have a space between the words, and is based in Bristol in the United Kingdom. We’re hoping the two groups can come together and collaborate now that they’re both using Hackaday.io. This [OpenBionics] team is working on prosthetic hands, in the sub $200 USD price range. The team has come up with a novel thumb design which provides nearly full functionality with only one rotating joint. [OpenBionics] also allows their users to selectively lock digits, which allows for up to 144 different grasping postures. 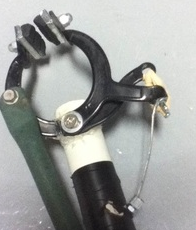 Finally we have [Daniel Mead] with Third World Medical Equipment (Arm). [Daniel] created this project as an independent study back in high school. The idea is create a simple arm with a gripper out of cheap or freely available items. The gripper is fashioned from a bicycle brake. The fitting system is especially novel. [Daniel] used an old soda bottle to create a custom mold for the amputee’s residual limb. Plastic bottles are generally made of polyethylene terephthalate, or PET, a thermoplastic. [Daniel] placed a wet sock over his arm, and a plastic bottle over the sock. Holding the plastic bottle above a fire created enough heat to shrink the bottle to his arm. the sock provided room for padding, and insulated him from getting burned during the molding process.

Not satisfied? Want more prosthetics? Check out the Prosthetics list over on Hackaday.io! If any of these projects inspire you, don’t forget that prosthetics are a great starting point for an entry in The Hackaday Prize! 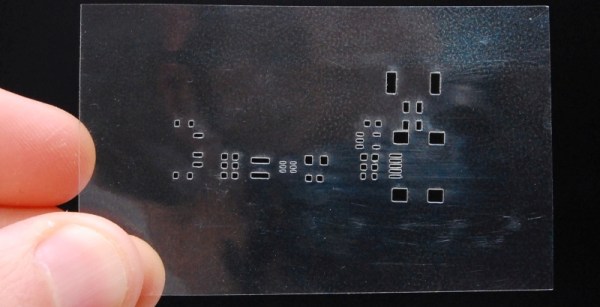 Prototyping your own PCBs? At a loss for how to apply your SMT electronics? Well — do you have access to a laser? [Felix] shows us a definitive way to use a laser cutter to engrave SMT stencils with ease.

The real trick here is to engrave — not to cut. Typically if you’re using enough power to cut straight through the plastic, you’re going to get melting and burning of the edges — which won’t work well for a SMT stencil. So what [Felix] found is to engrave at approximately 20-30W @ 400-450mm/s. He’s using Mylar as the material.

The results are pretty awesome — but if you’re without a laser, he also has an excellent tutorial on DIY metal SMT stencils by chemically etching soda can metal!

END_OF_DOCUMENT_TOKEN_TO_BE_REPLACED 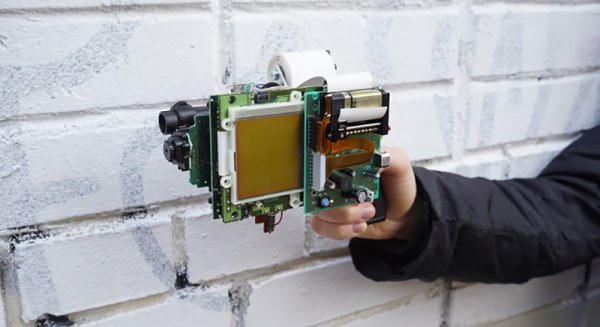 One of the first popular mass-produced digital cameras was the Game Boy camera, a terrible black and white image sensor stuck inside a highly modified Game Boy cartridge. With a Game Boy, the camera, and the Game Boy printer, it was able to produce low-resolution but still surprisingly usable images. Combine all these parts together with the best of hacker art from [vtol] and what do you get? The Game Boy Instant Photo Gun.

There aren’t many details for this build, but it looks like this is an uncased Game Boy Brick, a Game Boy camera, and Game Boy Printer assembled into something that looks dangerous and won’t get past a TSA checkpoint. That might be fixed by repurposing an old NES zapper.

We’ve seen [vtol]’s work before with a machine that probably doesn’t steal your credit card info, a levitating speaker, and something that doesn’t reference [Tarkovsky] enough. This build is right up there with the rest of them.

Thanks [Itay] for the link.