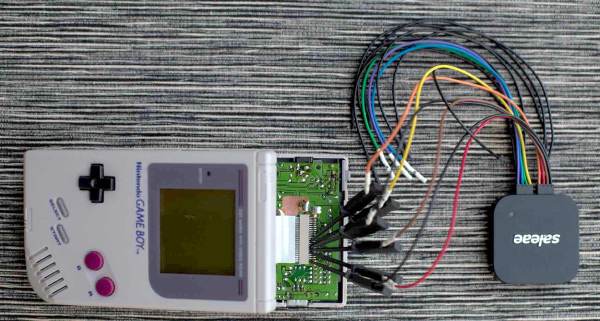 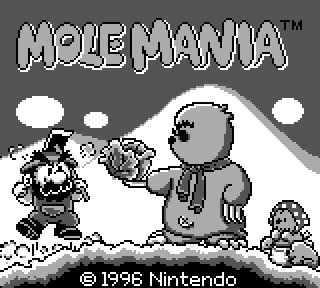 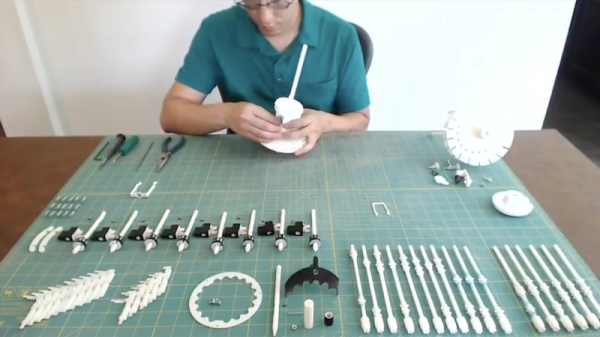 It is amazing how makers can accomplish so much when they put their mind to something. [Marcus Wu] has uploaded a mesmerizing video on how to build a 3D printed Curta Mechanical Calculator. After nine iterations of design, [Marcus] presents a polished design that not only works but looks like a master piece.

For the uninitiated, the Curta is a mechanical calculator designed around the time of World War II. It is still often seen used in time-speed-distance (TSD) rallies to aid in the computation of times to checkpoints, distances off-course and so on. Many of these rallies don’t allow electronic calculators, so the Curta is perfect.  The complex inner workings of the contraption were a key feature and point of interest among enthusiasts and the device itself is a highly popular collectible.

As for the 3D printed design, the attention to detail is impeccable. The current version has around 80 parts that need to 3D printed and a requires a few other screws and springs. Some parts like the reversing lever and selector knobs have been painted and digits added to complete the visual detail. The assembly took [Marcus Wu] around 40 minutes to complete and is one of the most satisfying builds we have ever seen.

What is even more amazing is that [Markus Wu], who is a software engineer by profession has shared all the files including the original design files free of cost on Thingiverse. A blog with written instructions is also available along with details of the iterations and original builds. We already did a post on a previous version so check it out for a little more background info.

Thanks for the tip [lonestar] END_OF_DOCUMENT_TOKEN_TO_BE_REPLACED

As ARRL president, [Rick Roderick, K5UR] spends a significant amount of time proselytising the hobby. He has a standard talk about amateur radio that involves tales gleaned from his many decades as a licence holder, and features QSL cards from rare DX contacts to show how radio amateurs talk all over the world.

He’s delivered this talk countless times, and is used to a good reception from audiences impressed with what can be done with radio. But when he delivered it to a group of young people, as Southgate ARC reports, he was surprised to see a lack of interest from his audience, to whom DX or contesting just don’t cut it when they have grown up with the pervasive Internet. Writing in the 2016 ARRL Annual Report, he said:

“Change generally doesn’t come easy to us. But when I looked out at that group of young faces and saw their disinterest in traditional ham pursuits, I realized that I had to change. We have to change. It won’t come easy, but it’s essential that we get to work on it now.”

If you were to profile a typical group of radio amateurs, it would not be difficult to see why [K5UR] found himself in this position. It might be an unflattering portrait for some amateurs, but it’s fair to say that amateur radio is a hobby pursued predominantly by older more well-off men with the means to spend thousands of dollars on commercial radios. It is also fair to say that this is hardly a prospect that would energize all but the most dedicated of youthful radio enthusiasts. This is not a new phenomenon, where this is being written it was definitely the case back in the days when they were issuing G7 callsigns, for instance.

Were Hackaday to find ourselves in the position of advising the ARRL on such matters, we’d probably suggest a return to the roots of amateur radio, a time in the early 20th century when it was the technology that mattered rather than the collecting of DXCC entities or grid squares, and an amateur had first to build their own equipment rather than simply order a shiny radio before they could make a contact. Give a room full of kids a kit-building session, have them make a little radio. And lobby for construction to be an integral part of the licensing process, it is very sad indeed that where this is being written at least, the lowest tier of amateur radio licence precludes home-made radio equipment. Given all that, why should it be a surprise that for kids, amateur radio just isn’t exciting?

We’ve shown you some fantastic amateur radio builds over the years. If you have a youngster with an interest in radio, show them a BitX transceiver, or the world of QRP.

Header image: enixii. [CC BY 2.0]. We hope these snoozing kids aren’t in the middle of a lecture on amateur radio. 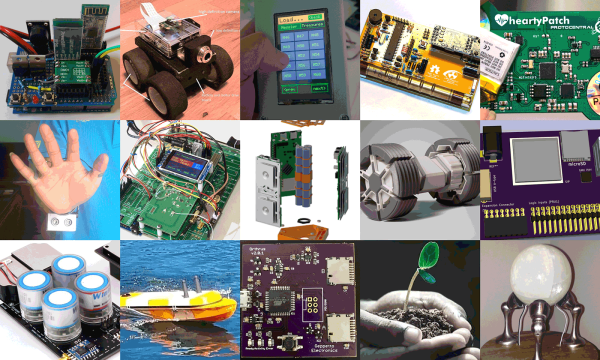 Hackaday is hosting the greatest hardware competition on Earth, and we’re giving away thousands of dollars to hardware creators to build the next generation of electronics. This is the Hackaday Prize, and already we’ve selected dozens of projects, one of which will win $50,000 USD.

Like last year, this year’s Hackaday Prize is very special. We’re supporting entrepreneurs building the Next Big Thing. This is the Best Product competition of The Hackaday Prize, and these are the products that will shake up an industry.

Now, it’s finally time to pick the finalists. These twenty projects will move onto the final round of the Best Product competition for a chance to win $30,000 USD, and an opportunity to work in the Supplyframe Design Lab, perfecting their prototype and turning it into a product.

The Hackaday Prize Best Product finalists are, in no particular order:

END_OF_DOCUMENT_TOKEN_TO_BE_REPLACED

There are times when I feel the need to really make a mess. When I think of making messes with a degree of permanency, I think of fiberglass. I also really like the smell, reminds me of a simpler time in 8th grade shop class. But the whole process, including the mess, is worth it for the amazing shapes you can produce for speaker pods and custom enclosures.

Utilizing fiberglass for something like a custom speaker pod for a car is not difficult, but it does tend to be tedious when it comes to the finishing stages. If you have ever done bodywork on a car you know what kind of mess and effort I am talking about. In the video below, I make a simple speaker pod meant for mounting a speaker to the surface of something like a car door.

You can also use a combination of wood and fiberglass to make subwoofer cabinets that are molded to the area around them. You can even replace your entire door panel with a slick custom shaped one with built in speakers  if you’re feeling adventuresome.

END_OF_DOCUMENT_TOKEN_TO_BE_REPLACED 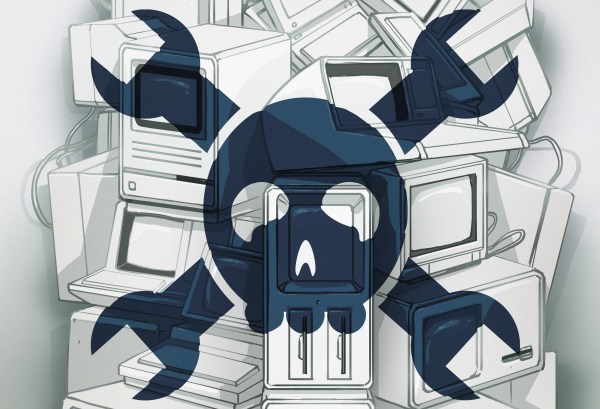 Next weekend is the Vintage Computer Festival West, held at the Computer History Museum. Hackaday is once again proud to sponsor this event that brings together the people and hardware that drove the information revolution. [Bil Herd] and [Joshua Vasquez] will be on hand representing the Hackaday Crew. 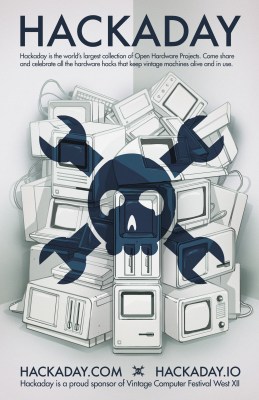 This year’s talks show an impressive lineup of people. [Bil Herd] will be on stage with a collection of other engineers who secured Commodore’s place in history. The Computer History Museum has a very active restoration program for original computer hardware. Friend of Hackaday, [Ken Shirriff], has been working on a restoration of the Xerox Alto and is on the panel giving a talk about the process. And just to cherry-pick one more highlight, there’s a talk on system debugging before you even turn the thing on — a topic that can save you from having a very bad day with very ancient hardware.

A great part of VCF is that the exhibits are often either hands-on or demonstrations so you can actually play around with hardware which most people have never even seen in person. Add to that the collection at the Computer History Museum plus some extra exhibits they have planned for the event and you’re likely to run out of time before you make your way through everything.

Since we’ve mentioned the Computer History Museum, we also have some upcoming news. A bit later this month, Hackaday Contributor-at-Large [Voja Antonic] has been invited to visit the museum, record his oral history, and deliver to their collection an original Galaksija computer — wildly successful first as a kit and then as a manufactured computer which he built in Yugoslavia 1983. Congratualtions [Voja]!