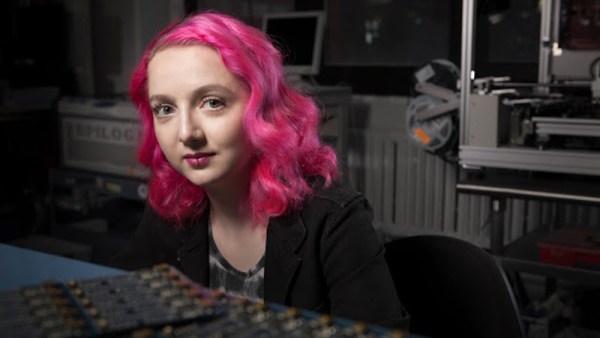 This Thursday, December 3rd, join us for a Live HackChat about the Raspberry Pi Zero with special guest [Limor Fried]. You may know [Limor] as [Lady Ada], the founder of Adafruit Industries. Adafruit has been on the forefront of the Pi Zero release. The $5 single board computer was announced one week ago by the Raspberry Pi Foundation.

Join in the chat to discuss the Raspberry Pi Zero. Limor has done a lot of work with the board already, including hacking analog audio back into the form factor. This is a great opportunity to ask questions, talk about your own plans for the hardware, and to find collaborators for future projects.

Pi Zero HackChat starts Thursday at 5pm PST (here’s a timezone cheat sheet if you need it). Participating in this live chat is very simple. Those who are already part of the Hacker Channel can simply click on the Team Messaging button. If you’re not part of the channel, just go to the hacker Channel page, scroll to the bottom of the “TEAM” list in the left sidebar and click “Request to join this project”.

HackChat takes place in the Hacker Channel every few weeks and is a friendly place to talk about engineering and the projects you’re working on. 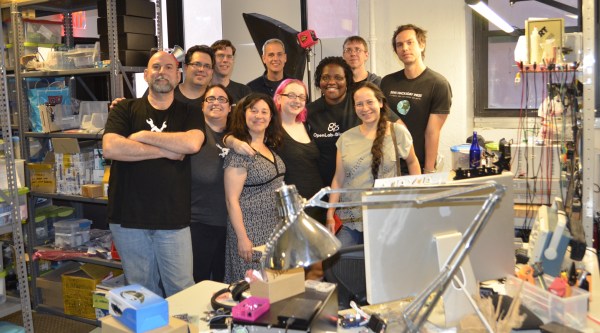 While still weary from our TechCrunch Disrupt Hackathon, The Hackaday crew had a chance we couldn’t pass up: A tour of Adafruit Industries. Adafruit isn’t open to the public, so an opportunity to see the inner workings of one of the largest companies in the hacker/maker industry was really something special.

Coming in off the hustle and bustle of lower Manhattan streets, we found ourselves in a nondescript white marble lobby. The contrast and colors made me think of a scene out of THX1138. A short elevator ride opens to a second lobby area with a large door. We weren’t alone though – a security camera stands silent witness. Any thoughts of Big Brother were quelled when the door was thrown open by none other than [Phil Torrone], welcoming us to Adafruit.

If you’ve seen any of the photos or videos of Adafruit’s offices, you know what to expect – a large, open space broken by the columns keeping the building’s 10 stories upright. It’s the perfect blank canvas upon which to build a company. Since we were there late on a Sunday afternoon, things were relatively quiet. Only a handful of the 80 Adafruit employees were at their stations. Those on hand were packing and scanning in orders, in preparation for what would be a busy Monday. It’s a bit hard to be standing in Adafruit, knowing that you’re within arm’s reach of every part, module, or device you’ve ever wanted, and not want to jump right in on a project. With 10 of us there that may have made a bit of a dent in Adafruit’s bottom line, though.

The tour started at [Phil’s] desk. Tucked in among a copy of Dune, a very respectable graphic novel collection, and the two most recent editions of The Art of Electronics was United States Export Controls, 7th Edition. Considering the amount of shipping to far-flung countries the company has to do each day, one must stay on top of little things like ITAR and other export laws.

Throughout the tour, [Phil] made it clear that he views his job as a simple one: Do everything possible to allow [Limor] to crank out designs. [Phil] keeps the business running so she can keep on engineering open source hardware. [Phil’s] touches shine through though, in the product logos, and the characters which appear in Adafriut’s Circuit Playground. If those videos strike you as kid stuff, that’s exactly what they are designed to be. During his tenure at Make, [Phil] was one of four people who ran the first Makerfaire in 2006. He still gets e-mails from people who attended it as kids and were inspired to enter the fields of engineering or computer science. Both [Phil] and [Limor] have their sights set on inspiring the next generation of hackers.

Next up on our tour was the wearables department, domain of the one and only Becky Stern. We were all struck by how incredibly neat and organized the area was. There was a well-labelled place for everything, and everything was in its place. On display was a grey hoodie with a bandolier of ninjaflex 3D printed bullets, all lit by RGB LEDs.

Click past the break for the rest of Hackaday’s Tour of Adafruit Industries!

END_OF_DOCUMENT_TOKEN_TO_BE_REPLACED Related: The Seeeduino has an alternate row of headers with protoboard friendly spacing.

adafruit industries’ latest product is an adjustable breadboard power supply kit. We’ve seen breadboard supplies before, but like most of adafruit’s kits, this is the best design you’re going to encounter. It uses an MIC2941 voltage regulator instead of the more commonplace LM317. It has a very low dropout which means your output voltage can be much closer to the input voltage. Their example is using 3AAA or a Li-Ion battery for an output of 3.3V. Input can be through a barrel jack or terminal blocks. There is a selection switch for 3.3, 5, and adjustable voltage. Using the adjustment pot you can select an output voltage anywhere from 1.3V to within .5V of the 20V maximum input. The adjusted output voltage will remain the same even if you increase the input voltage. Like all of their kits, you can find schematics, assembly and usage instructions, on their project site.