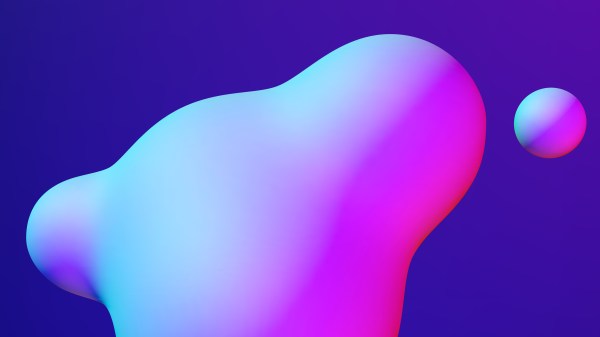 We are extraordinarily fortunate to live at a time in which hardware with astounding capabilities can be had for only a few dollars. Systems that would once have taken an expensive pile of chips and discretes along with months of development time to assemble are now integrated onto commodity silicon. Whether it is a Linux-capable system-on-chip or a microcontroller, such peripherals as WiFi, GPUs, Bluetooth, or USB stacks now come as part of the chip, just another software library rather than a ton of extra hardware.

If there is a price to be paid for this convenience, it comes in the form of the blob. A piece of pre-compiled binary software that does the hard work of talking to the hardware and which presents a unified API to the software. Whether you’re talking to the ESP32 WiFi through an Arduino library or booting a Raspberry Pi with a Linux distribution, while your code may be available or even maybe open source, the blob it relies upon to work is closed source and proprietary. This presents a challenge not only to Software Libre enthusiasts in search of a truly open source computer, but also to the rest of us because we are left reliant upon the willingness of the hardware manufacturer to update and patch their blobs.

An open-source advocate would say that the solution is easy, the manufacturers should simply make their blobs open-source. And it’s true, were all blobs open-source then the Software Libre crowd would be happy and their open-source nature would ease the generation of those updates and patches. So why don’t manufacturers release their blobs as open-source? In some cases that may well be due to a closed-source mindset of never releasing anything to the world to protect company intellectual property, but to leave it at that is not a full answer. To fully understand why that is the case it’s worth looking at how our multifunctional chips are made.

END_OF_DOCUMENT_TOKEN_TO_BE_REPLACED END_OF_DOCUMENT_TOKEN_TO_BE_REPLACED

A morphing robot was demonstrated at the IROS conference this week. This orb has no rigid structure but uses some type of “inflation” system for locomotion. This robot concept is offered up by the iRobot company as part of a DARPA initiative they’re working on. The “inflation” is really a substance in the skin that can be converted from a liquid-like state to a solid-like one. They call this “The Jamming Concept” and give a layman’s explanation in the video we’ve embedded after the break.

When moving, this white ball is a churning, turning, bulging mass of terror. The just-about-to-hatch pods from Alien, or perhaps something from Doom 3 come to mind. The hexapod from IROS that we covered yesterday was amazing, but this really creeps us out. What’s more, this is footage from the iRobot prototypes of a year ago.  The newer stuff can do much more, like having several of these things glob together into one unit.

We’re glad that [DarwinSurvior] sent us the tip on this one, but now we’re not going to be able to sleep at night.

END_OF_DOCUMENT_TOKEN_TO_BE_REPLACED

[epokh] sent in this cool project where he wrote some custom code to control the Spykee robot using gestures. He filters out everything but green through his web cam, then wraps his fingers in green tape. He then runs a series of filters to clean it up a little bit. The resulting “blobs” are tracked and converted to motor commands. You can see the setup in action in the video after the break. This guy might look familiar, as we posted a super quick head tracking rig he did with legos recently. Some of you mentioned, in the comments, that the legos were a waste, you’ll find that he thought so too, and ended up fabbing a simple rig to take the place of the legos.