Solar panels are revolutionizing the electric power industry, but not everyone is a good candidate for rooftop solar. Obviously people in extreme northern or sothern latitudes aren’t going to be making a ton of energy during the winter compared to people living closer to the equator, for example, but there are other factors at play that are more specific to each individual house. To find out if any one in particular will benefit from solar panels, [Jake] and [Ryan]’s solar intensity sensor will help you find out. 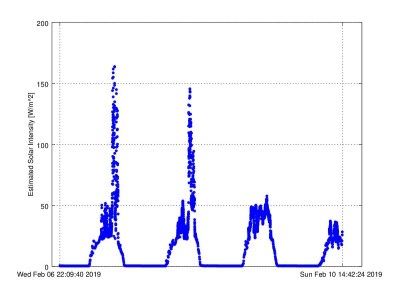 The long-term intensity tracker is equipped with a small solar panel and a data recording device, properly contained in a waterproof enclosure, and is intended to be placed in the exact location that a potential solar installation will be. Once it has finished gathering data, it will help determine if it makes economical sense to install panels given that the roof slope might not be ideal, landscaping may be in the way, or you live in a climate where it rains a lot in the summer during peak production times.

As we move into the future of cheap, reliable solar panels, projects like this will become more and more valuable. If you’re not convinced yet that photovoltaics are the way of the future, though, there are other ways of harnessing that free solar power.

END_OF_DOCUMENT_TOKEN_TO_BE_REPLACED 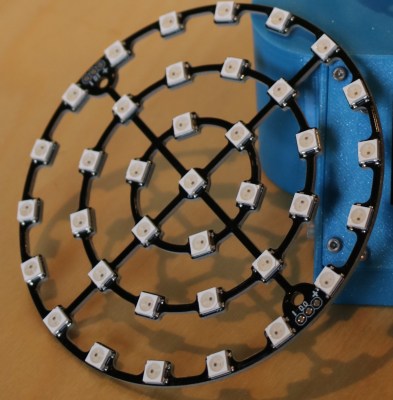 END_OF_DOCUMENT_TOKEN_TO_BE_REPLACED

Of course, with any piece of neat computing hardware, there’s an opportunity for building an Open Source clone. That’s what [Drix] is doing with his Hackaday Prize entry. He’s created an Open Source Vive Tracker. It’s called the HiveTracker, and it is right now the best solution for tracking objects in a 3D space.

After a few missteps with ultrasonic and magnetic approaches, the team decided to piggyback on the HTC Vive lighthouses. These two base stations scan a laser beam across the room, first vertically, then horizontally. It’s an incredible piece of technology that [Alan Yates] talked about at the 2016 Hackaday Superconference.

While most microcontrollers don’t operate fast enough to see these laser sweeps, the team behind the HiveTracker found one microcontroller, with Bluetooth, and a feature called ‘PPI’. This programmable peripheral interconnect is kinda, sorta like a cross-bar, but designed for more real-time control of applications. With the right software, the team behind the HiveTracker was able to detect the lighthouses and send position and orientation data back to a computer.

This is a stupendous amount of work, and the results are remarkable. You can check out the video below and see that, yes, this is a real, Open Source Vive Tracker.

END_OF_DOCUMENT_TOKEN_TO_BE_REPLACED

A Tile is a small Bluetooth device which you can put on your keychain, for example, so that you can find your keys using an app on your phone. Each Tile’s battery life expectancy is one year and after that year you’re expected to trade it in at a discount for a new one. Right away your hacker senses are tingling and you know what’s coming.

[Luis Rodriguez] had switched to Samsung SmartThings and had accumulated box of these Tiles with dead batteries. So he decided a fun project would be to put a Tile in his wife’s car to track it. Given that it’s using Bluetooth, the range isn’t great for car tracking, but the Tile’s app can network with other user’s apps to widen the search area.

Since the Tile’s battery was dead, he cracked it open and soldered wires to its power terminals. He then found a handy 12 volt source in the car and added a DC to DC buck converter to step the voltage down to the Tile’s 3 volts. Finding a home for the hacked tracker was no problem for [Luis]. He was already using an ODB-II dongle for a dash cam so he tapped into the 12 V rail on that.

You’ll be surprised what you can find by hacking these small tracking devices. Here’s an example of hacking of a fitness tracker with all sorts of goodies inside.

Our thanks to [Maave] for tipping us off about this hack.

It is a staple of spy movies. The hero — or sometimes the bad guy — sticks a device never any bigger than an Alka Seltzer to a vehicle or a person and then tracks it anywhere it goes in the world. Real world physics makes it hard to imagine a device like that for a lot of reasons. Tiny power supplies mean tiny lifetime and low power. Tiny antennas and low power probably add up to short range. However, [Tom’s] Hackaday.io project maybe as close as you can get to a James Bond-style tracker. You can see a video of the device, below.

The little transmitter is smaller than a thumbnail — not counting the antenna and the battery — and draws very little current (180 uA). As you might expect, the range is not great, but [Tom] says with a Yagi and an RTL-SDR he can track the transmitter on 915 MHz for about 400 meters.

END_OF_DOCUMENT_TOKEN_TO_BE_REPLACED

[Mitch] got interested in the S8 “data line locator” so he did the work to tear into its hardware and software. If you haven’t seen these, they appear to be a USB cable. However, inside the USB plug is a small GSM radio that allows you to query the device for its location, listen on a tiny microphone, or even have it call you back when it hears something. The idea is that you plug the cable into your car charger and a thief would never know it was a tracking device. Of course, you can probably think of less savory uses despite the warning on Banggood:

Please strictly abide by the relevant laws of the state, shall not be used for any illegal use of this product, the consequences of the use of self conceit.

We aren’t sure what the last part means, but we are pretty sure people can and will use these for no good, so it is interesting to see what they contain.