The Landsat series of earth observing satellites is one of the most successful space programs in history. Millions of images of the Earth have been captured by Landsat satellites, and those images have been put to use for fields as divers as agriculture, forestry, cartography, and geology. This is only possible because of the science equipment on these satellites. These cameras capture a half-dozen or so spectra in red, green, blue, and a few bands of infrared to tell farmers when to plant, give governments an idea of where to send resources, and provide scientists the data they need.

There is a problem with satellite-based observation; you can’t take a picture of the same plot of land every day. Satellites are constrained by Newton, and if you want frequently updated, multispectral images of a plot of land, a UAV is the way to go.

[SouthMade]’s entry for the Hackaday Prize, uSenseCam, does just that. When this open source multispectral camera array is strapped to a UAV, it will be able to take pictures of a plot of land at wavelengths from 400nm to 950nm. Since it’s on a UAV and not hundreds of miles above our heads, the spacial resolution is vastly improved. Where the best Landsat images have a resolution of 15m/pixel, these cameras can get right down to ground level.

Like just about every project involving imaging, the [SouthMade] team is relying on off-the-shelf camera modules designed for cell phones. Right now they’re working on an enclosure that will allow multiple cameras to be ganged together and have custom filters installed.

While the project itself is just a few cameras in a custom enclosure, it does address a pressing issue. We already have UAVs and the equipment to autonomously monitor fields and forests. We’re working on the legality of it, too. We don’t have the tools that would allow these flying robots to do the useful things we would expect, and hopefully this project is a step in the right direction. 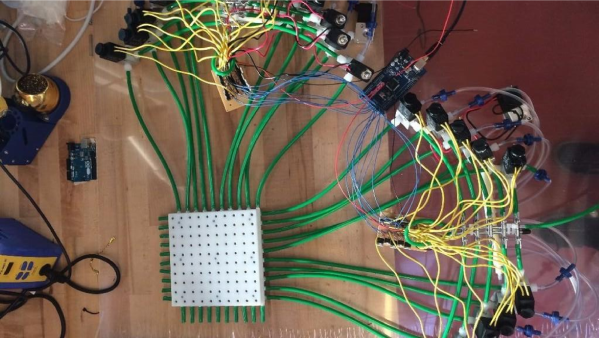 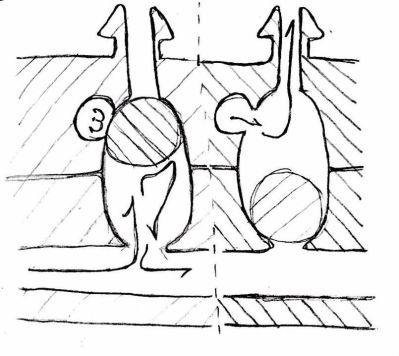 END_OF_DOCUMENT_TOKEN_TO_BE_REPLACED

Every few years, we hear about someone building a computer from first principles. This doesn’t mean getting a 6502 or Z80, wiring it up, and running BASIC. I’m talking about builds from the ground up, starting with logic chips or even just transistors.

[James Newman]’s 16-bit CPU built from transistors is something he’s been working on for a little under a year now, and it’s shaping up to be one of the most impressive computer builds since the days of Cray and Control Data Corporation.

The 10,000 foot view of this computer is a machine with a 16-bit data bus, a 16-bit address bus, all built out of individual circuit boards containing single OR, AND, XOR gates, decoders, multiplexers, and registers.  These modules are laid out on 2×1.5 meter frames, each of them containing a schematic of the computer printed out with a plotter. The individual circuit modules sit right on top of this schematic, and if you have enough time on your hands, you can trace out every signal in this computer.

The architecture of the computer is more or less the same as any 16-bit processor. Three are four general purpose registers, a 16 bit program counter, a stack pointer, and a status register. [James] already has an assembler and simulator, and the instruction set is more or less what you would expect from a basic microprocessor, although this thing does have division and multiplication instructions.

The first three ‘frames’ of this computer, containing the general purpose registers, the state and status registers, and the ALU, are already complete. Those circuits are mounted on towering frames made of aluminum extrusion. [James] already has 32 bytes of memory wired up, with each individual bit having its own LED. This RAM display will be used for the Game of Life simulation once everything is working.

While this build may seem utterly impractical, it’s not too different from a few notable and historical computers. The fastest computer in the world from 1964 to ’69 was built from individual transistors, and had even wider busses and more registers. The CDC6600 was capable of running at around 10MHz, many times faster than the estimated maximum speed of [James]’ computer – 25kHz. Still, building a computer on this scale is an amazing accomplishment, and something we can’t wait to see running the Game of Life.

Thanks [aleksclark], [Michael], and [wulfman] for sending this in. 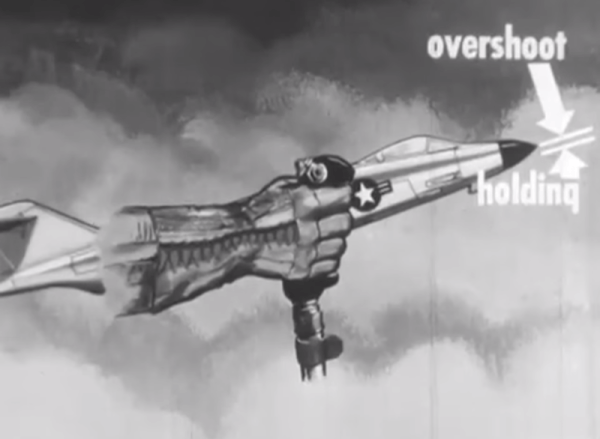 The McDonnell aircraft corporation’s F-101 Voodoo was a lean, mean, supersonic machine capable of going from tarmac to 40,000 feet in about two minutes. But for all its innovation and engineering, the Voodoo had a common problem of pitch-up. That is, the swept-back wings of the Voodoo created a tendency for the plane to nose upward very sharply, negating the pilot’s control.

McDonnell assures Voodoo pilots that this problem is easily overcome with a cool head and a solid foundation of know-how about the issue. This training film is meant to provide that foundation, exploring the causes of pitch-up and the prescribed methods for recovery with and without deployment of the drag chute.

END_OF_DOCUMENT_TOKEN_TO_BE_REPLACED 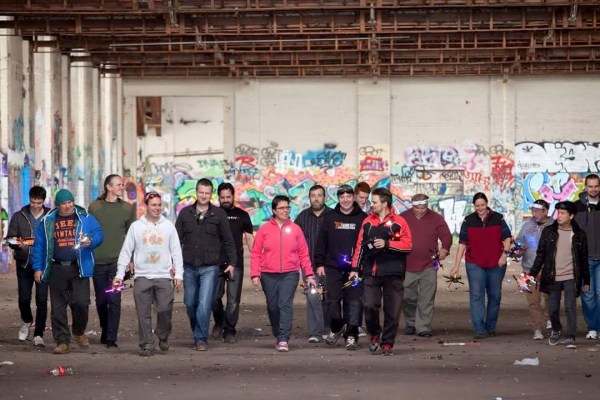 No one noticed the two men in the alley as the darkness of midnight approached – their long, black trench coats acting like a soldier’s camouflage.

“You got the goods?”

The bark of a police siren broke their whispered conversation like a shattering glass, causing the two men to briefly freeze in their steps.

“Johnny B. got busted last week…did you hear?”

“No way man! What he get busted for?”

Deep within the shadows of abandoned warehouses and dilapidated factories on the outskirts of Australian suburbia, the telltale buzz of numerous drones can be heard. Zipping to and fro at speeds upwards of 60km/h, these drones are not just flying. They’re racing each other. The operators use specialized FPV goggles that allow them to see the raceway in real time. This method, unfortunately, puts them on the wrong side of the law.

The dated laws governing drones in Australia are similar to those in the US, which were written for the radio controlled plane industry. While they technically forbid any flying outside of line-of-site, the Australian Civil Aviation Authority seems to be OK with the drone racing so long as it’s done indoors and poses no risk to people or property.

Know of any drone racing in your country? Is it legal? Do people do it anyway? Let us know in the comments. 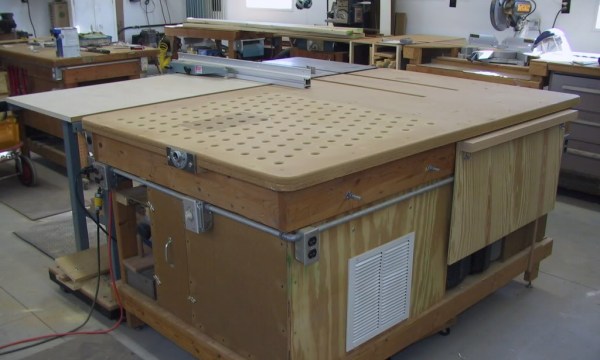 Wood working is great but it can certainly get the shop dusty. [BigD] is a wood worker and needed a way to keep his shop from getting super dusty while sanding or routing. He ended up making a pretty slick dual-use downdraft table with a hidden filtration system.

The table’s frame is made from standard 2-by dimensional lumber you’d likely see most shop tables made from. It was built so that the top of the table would be flush with the table of the table saw. This allows the down-draft table to also act as an out feed support for the table saw, making it easier to cut longer pieces of wood.

To allow airflow to pull any generated dust down, a plethora of holes were drilled in the table top. Down below are a couple sealed chambers, one for the incoming dust and one for the air blower that creates the down-draft air flow. The two chambers are separated by a pair of filters which keep the dust from being blown back into the shop. A little door on the side of the table allows access to clean out the accumulated dust and debris. Now [BigD] can sand up a storm on his down-draft table without breathing in a sapling worth of dust.