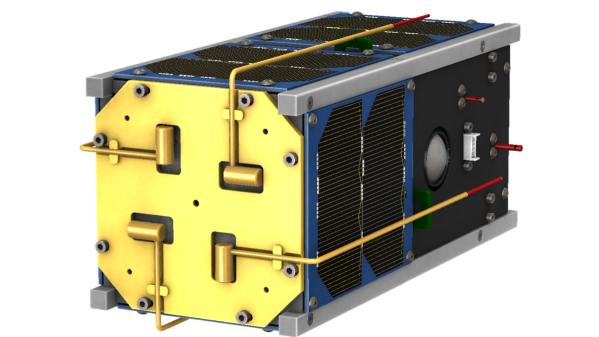 The winners of the first Hackaday Prize was the SatNOGs project. The SatNOGs project itself is very innovative and very clever; it’s a global network of satellite ground stations for amateur cubesats. This, in itself, is a huge deal. If you’re part of a student team, non-profit, or other organization that operates a cubesat, you only have access to that satellite a few minutes every day — whenever it’s in the sky, basically. SatNOGs is a project to put directional, tracking antennas everywhere on Earth, all connected to the Internet. This is a project that gives global ground station coverage to every amateur-built cubesat.

It’s been two years since SatNOGs won the Hackaday Prize, so how are they doing now? I caught up with some of the midwest reps of SatNOGs at this year’s Hamvention, and the project is doing very well. The steerable antenna mount designed by the SatNOGs project is fantastic, some of the Earth stations are seeing a lot of use, and the network is growing.

Two years is a long time, and since then SatNOGs has evolved into the Libre Space Foundation, a not-for-profit foundation with a mission to promote, advance and develop free and open source technologies and knowledge for space.

The premier project for the Libre Space Foundation is the UPSat, the first Open Source satellite ever launched. For the last two years, this is what the Libre Space Foundation has been working on, and soon this satellite will be orbiting the Earth. The satellite itself was recently delivered, and next month it will be launched to the International Space Station aboard a Cygnus spacecraft. After that, it will be deployed to low Earth orbit from Nanoracks’ deployment platform on the station.

This is truly an amazing project. SatNOGs brought a network of ground stations to amateur cubesats orbiting the Earth, and now the Libre Space Foundation will put an Open Source satellite into low Earth orbit. All the documentation is available on Github, and this is the best the open hardware movement has to offer. We’re proud to have SatNOGs and the Libre Space Foundation proving that Open Hardware can change the world, and we can only hope this year’s winner of the Hackaday Prize has such an impact. 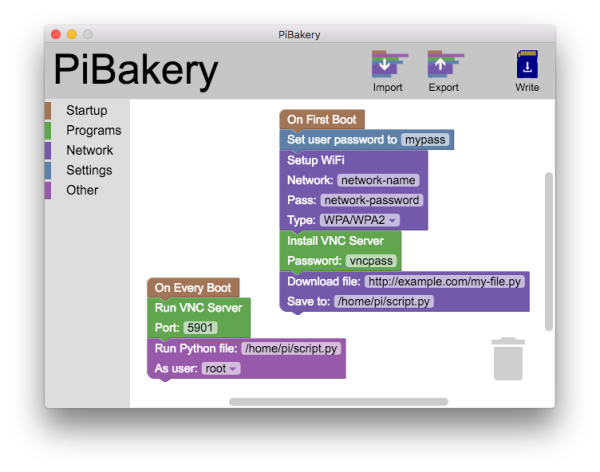 [David Ferguson] has put together a nice little tool called Pi Bakery. Half MIT Scratch, half configuration utility, it puts a nice visual face on all the various start-up scripts, and kludges that the Raspberry Pi community uses to configure the popular single board computer.

Pi Bakery abstracts all this. You can drag blocks, representing scripts, in the order you’d like them run. If you want to your Pi to boot up, connect to WiFi, and then start a VNC server it’s as easy a dragging the blocks in the right order and filling in the blanks. You can see an example of it in operation in the video after the break.

END_OF_DOCUMENT_TOKEN_TO_BE_REPLACED

Where do you stand on one of the eternal questions of metalwork: brazing, or welding? As your Hackaday writer, and the daughter of a blacksmith, it’s very much on the welding side here. Brazed joints can come apart too easily, which is why in the territory this is being written in at least, they are not permitted for the yearly vehicle roadworthiness test. If you’ve ever had to remove a brazed-on patch with an angle grinder, you’ll know which one you’d trust in a crisis.

What if the metal in question is aluminum? [George Graves] sends us a link to a forum discussion on the subject from a few years ago, and to a YouTube video which we’ve embedded below the break. Miracle brazing rods claim astounding toughness, but the world divides into those who favour TIG’s strength versus those who point to brazing’s penetration far between the surfaces of the metal to be joined. Having experimented with them a while back, we’ll admit that it’s true that aluminum brazing rods join broken parts impressively well. But yet again you won’t see this Hackaday writer riding a bike that wasn’t welded with the trusty TIG torch.

Take a look at the video, and see what you think. Even if it’s not a joint you’d stake your life on it’s still a technique that’s a useful addition to your workshop arsenal.

END_OF_DOCUMENT_TOKEN_TO_BE_REPLACED 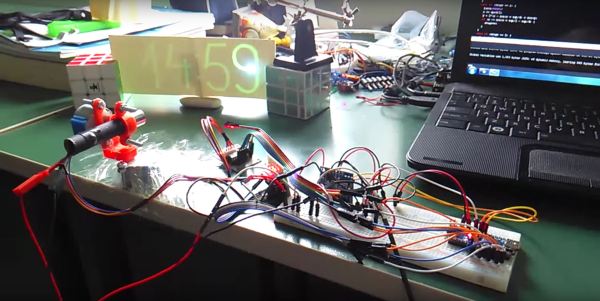 Designing a unique clock to flex your technical skills can be a rewarding experience and result in an admirable showpiece for your home. [Andres Robam] saw an opportunity to make a laser-pointer clock that draws the current time onto a glow-in-the-dark sticker.

A pair of stepper motors tilt and pan the laser’s mount — designed in SolidWorks and 3D printed. There was an issue with the motor’s shaft having some slack in it — enough to affect the accuracy of the laser. [Andres] cleverly solved the issue by using a pen’s spring to generate enough tension in the system, correcting it. A NODEmcu v2 is the brains of the clock — chosen because of its built-in WiFi capacity and compatibility with the Arduino IDE — and a 5mW laser sketches the time onto the sticker.

END_OF_DOCUMENT_TOKEN_TO_BE_REPLACED

FPGAs are the future, and there’s a chip out there that brings us the future today. I speak, of course, of the Xilinx Zynq, a combination of a high-power ARM A9 processor and a very capable FPGA. Now the Zynq has been made Pynq with a new dev board from Digilent.

The heart of this board, is, of course, the Xilinx Zynq packing a Dual-core ARM Cortex A9 processor and an FPGA with 1.3 Million reconfigurable gates. This is a dev board, though, and with that comes memory and peripherals. To the board, Digilent added 512MB of DDR3 RAM, a microSD slot, HDMI in and out, Ethernet, USB host, and GPIOs, some of which match the standard Arduino configuration.

This isn’t the first Zynq board out there by any measure. Last year, [antti] had a lot of fun with the Zynq and created the ZynqBerry, a Zynq in a Raspberry Pi form factor, and a Zynq Arduino shield. Barring that, we’ve seen the Zynq in a few research projects, but not so much in a basic dev board. The Pynq Zynq is among the first that will be produced in massive quantities.

There is, of course, one downside to the Pynq Zynq, and that is the price. It’s $229 USD, or $65 with an educational discount. That’s actually not that bad for what you’re getting. FPGAs will always be more expensive than an SoC stolen from a router or cell phone, no matter how powerful it is. That said, putting a powerful ARM processor and a hefty FPGA in a single package is an interesting proposition. Adding HDMI in and out even more so. Already we’ve seen a few interesting applications of the Zynq like synthesizers, quadcopters, and all of British radio. With this new board, hopefully a few enterprising FPGA gurus will pick one up and tell the rest of us mere mortals how to do some really cool stuff. 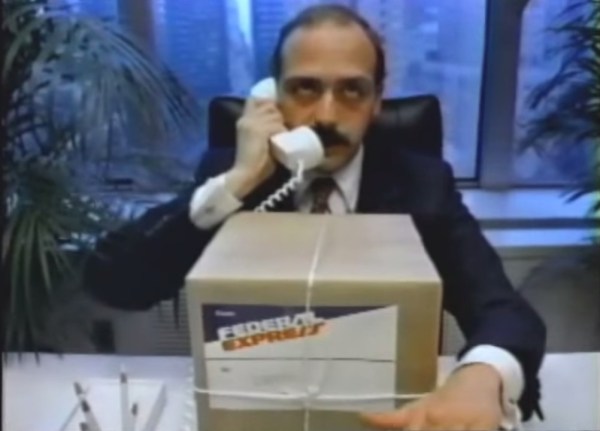 If you tell someone these days to send you something via FAX, you are likely to get a look similar to the one you’d get if you asked them to park your horse. But in 1984, FAX was a mysterious new technology (well, actually, it wasn’t, but it wasn’t yet common to most people). 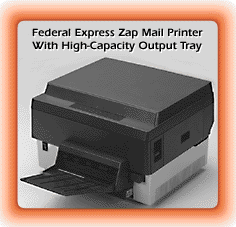 FedEx–the people who got famous delivering packages overnight–made a bold move to seize a new market: Zapmail (not to be confused with the modern mass mailing service). The idea was simple (you can see a commercial for it in grainy VHS splendor, below): Overnight is great but sometimes you need something sent across the country now. A FedEx driver picks up your documents, carries them to a FedEx office. There the documents FAX to another FedEx office where another driver delivers the printed copy. The process took two hours to get a paper document from one side of the continent to another.

END_OF_DOCUMENT_TOKEN_TO_BE_REPLACED 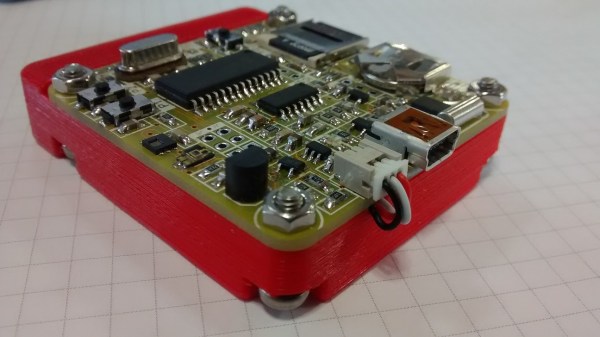