We are fortunate enough to have a huge choice of single-board computers before us, not just those with a bare-metal microcontroller, but also those capable of running fully-fledged general purpose operating systems such as GNU/Linux. The Raspberry Pi is probably the best known of this latter crop of boards, and it has spawned a host of competitors with similarly fruity names. With an entire cornucopia to choose from, it takes a bit more than evoking a berry to catch our attention. The form factors are becoming established and the usual SoCs are pretty well covered already, show us something we haven’t seen before!

[Marcel Thürmer] may have managed that feat, with his Blueberry Pi. On the face of it this is just Yet Another SBC With A Fruity Pi Name, but what caught our attention is that unlike all the others, this is one you can build yourself if you want. It’s entirely open-source, but it differs from other boards that release their files to the world in that it manages to keep construction within the realm of what is possible on the bench rather than the pick-and-place. He’s done this by choosing an Alwinner V3, an SoC originally produced for the action camera market that is available in a readily-solderable TQFP package. It’s a choice that has allowed him to pull off another constructor-friendly feat: the board is only two layers, so it won’t break the bank to have it made.

It’s fair to say that the Allwinner V3 (PDF) isn’t the most powerful of Linux-capable SoCs, but it has the advantage of built-in RAM to avoid more tricky soldering. With only 64Mb of memory, it’s never going to be a powerhouse, but it does pack onboard Ethernet, serial and parallel camera interfaces, and audio as well as the usual interfaces you’d expect. There is no video support on the Blueberry Pi, but the chip has LVDS for an LCD panel, so it’s not impossible to imagine something could be put together. Meanwhile, all you need to know about the board can be found on its GitHub repository. There is no handy OS image to download, u-boot instructions are provided to build your own. We suspect if you’re the kind of person who is building a Blueberry Pi though this may not present a problem to you.

We hope the Blueberry Pi receives more interest, develops a wider community, and becomes a board with a solid footing. We like its achievement of being both a powerful platform and one that is within reach of the home constructor, and we look forward to it being the subject of more attention.

END_OF_DOCUMENT_TOKEN_TO_BE_REPLACED

Falling into the marvelous space between, ‘I really want to do that’ and ‘but that’s a lot of work and I’m lazy’ comes this reproduction of the motherboard from the original IBM 5150. This is a complete reproduction of the first PC, being sold as a kit. Yes, chips are included, although I highly doubt they’ve gone through the trouble of finding chips with contemporaneous date codes. We’re dying for a writeup on this one.

Someone has found the source code for the first Furby. [Mark Boldyrev] was talking with a few fellows on the MAME forum to see if anyone had the source for the Furby. He was looking into contacting the USPTO for the original source but the red tape involed was a bit too intense. Luckily, that research turned up some info from [Sean Riddle] who somehow already found the original source listing. After [Mark] got in contact, [Sean] posted it as a PDF. Yes, it’s 6502 source, although the microcontroller is technically a SPC81A, with the rest of the hardware consisting of TI50C04 speech chip. (you would not believe how many toys are still shipping with a 6502-ish core somewhere inside). The files are up in the archive, and we’re probably going to have a Furby MAME sometime soon.

The Bitfi hardware wallet is a cryptocurrency storage device being bandied about by [John McAffee], and there’s a quarter million dollar bug bounty on it. It’s ‘unhackable’, and ‘it has no memory’. I’m serious, those are direct quotes from [McAffee]. Both of those claims are nonsense and now it can play Doom.

Oh noes, a new hardware backdoor in x86 CPUs! [xoreaxeaxeax] has published a demo that allows userland code to read and write kernel data (that’s very bad). The exploit comes in the form of the ‘rosenbridge backdoor’, a small embedded processor tightly coupled to the CPU that is similar to, but entirely different from, Intel’s ME. This processor has access to all the CPU’s memory, registers, and pipeline. The good news, and why this isn’t big news, is that this exploit only affects Via C3 CPUs. Yes, the other company besides Intel and AMD that makes x86 CPUs. These are commonly found in industrial equipment and ATMs. 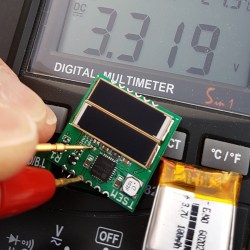 END_OF_DOCUMENT_TOKEN_TO_BE_REPLACED

Mere weeks after tariffs were put into place raising the cost of many Chinese-sourced electronics components by 25%, a second round of tariffs is scheduled to begin that will deal yet another blow to hackers. And this time it hits right at the heart of our community: 3D-printing.

A quick scan down the final tariff list posted by the Office of the US Trade Representative doesn’t reveal an obvious cause for concern. In among the hundreds of specific items listed one will not spot “Filaments for additive manufacturing” or anything else that suggests that 3D-printing supplies are being targeted. But hidden in the second list of tariff items, wedged into what looks like a polymer chemist’s shopping list, are a few entries for “Monofilaments with cross-section dimension over 1 mm.” Uh-oh!