END_OF_DOCUMENT_TOKEN_TO_BE_REPLACED

We’ll be honest. When we first heard about a mouse, we weren’t convinced. The argument was that business people weren’t familiar with computers. That didn’t ring true since every business person in the last century had at least seen a typewriter keyboard, but most of them had never seen a mouse before the 1980s. The mouse has since become totally ubiquitous, so presumably, it was the right choice. However, if you are a serious touch typer, it is annoying to have to move your hands off the keyboard to a different location each time. There are several solutions for that, but the oldest one is probably the trackball. Ploopy is an open source trackball you can build yourself and it looks pretty capable.

While we aren’t wild about the name, Ploopy looks pretty good and is one of those projects that would have been very difficult ten years ago. It requires two PC boards. Those used to be hard to get. It also requires some very customized plastic parts. Getting a handful of plastic parts made used to be hard, too. But now you probably have a 3D printer that is just begging for something to do.

END_OF_DOCUMENT_TOKEN_TO_BE_REPLACED

The always interesting Project Zero has a pair of stories revolving around security research itself. The first, from this week, is all about one man’s quest to build a debug iPhone for research. [Brandon Azad] wanted iOS debugging features like single-stepping, turning off certain mitigations, and using the LLDB debugger. While Apple makes debug iPhones, those are rare devices and apparently difficult to get access to.

[Brandon] started looking at the iBoot bootloader, but quickly turned his attention to the debugging facilities baked into the Arm chipset. Between the available XNU source and public Arm documentation, he managed to find and access the CoreSight debug registers, giving him single-step control over a core at a time. By triggering a core halt and then interrupting that core during reset, he was able to disable the code execution protections, giving him essentially everything he was looking for. Accessing this debug interface still requires a kernel level vulnerability, so don’t worry about this research being used maliciously.

The second Google Zero story that caught my eye was published earlier in the month, and is all about finding useful information in unexpected places. Namely, finding debugging symbols in old versions of Adobe Reader. Trying to understand what’s happening under the hood of a running application is challenging when all you have is a decompiler output. Adobe doesn’t ship debug builds of Reader, and has never shipped debug information on Windows. Reader has been around for a long time, and has supported quite a few architectures over the years, and surprisingly quite a few debug builds have been shipped as a result.

How useful could ancient debugging data be? Keep in mind that Adobe changes as little as possible between releases. Some code paradigms, like enums, tend to be rather static as well. Additional elements might be added to the end of the enum, but the existing values are unlikely to change. [Mateusz Jurczyk], the article’s author, then walks us through an example of how to take that data and apply it to figuring out what’s going on with a crash. END_OF_DOCUMENT_TOKEN_TO_BE_REPLACED 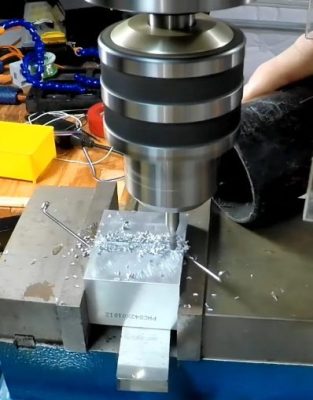 END_OF_DOCUMENT_TOKEN_TO_BE_REPLACED

Anyone who’s ever had the pleasure of programming FPGAs knows that it’s a land of proprietary tools that almost require marriage level commitment to a specific platform to be effective. Symbiflow hopes to solve this by becoming the GCC of FPGAs.

Rather than a tool built around a specific chip or architecture, Symbiflow will provide a more universal interface.  Users can program in Verilog; architecture definitions define how the code will be compiled for the right chip. They are currently targeting the popular Xilinx 7-series, the very affordable iCE40 series from lattice, and the ECP5 FPGAs also from Lattice.

If you’re headed to Hackaday Supercon this year, [Timothy Ansell] will be giving a talk on how Symbiflow is making this process much more approachable and much less proprietary.  Overall we’re very excited about a common interface, especially as the price of FPGAs keep dropping into micro controller territory while also increasing in capability.

(Speaking of Supercon, and maybe this is a spoiler, the badge would not have been possible without Symbiflow, Project Trellis, Yosys, and NextPNR.)