[QLRO] wanted a 3D scanner, but didn’t like any of the existing designs. Some were too complex. Some were simple but required you to do things by hand. That led to him designing his own that he calls AAScan. You can see the thing operating in the video below.

In general, you can move the camera around the object or you can move the object around while the camera stays fixed. This design chooses the latter. You’ll need a stepper motor with a driver board and an Arduino to make the turntable rotate. You also need a computer running Python and Meshroom. The phone also has to run Python and [QLRO] used QPython on an Android device.

END_OF_DOCUMENT_TOKEN_TO_BE_REPLACED 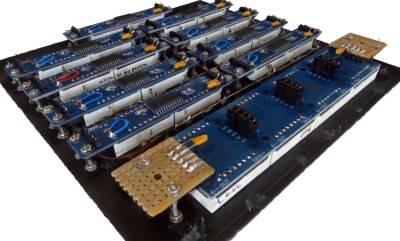 END_OF_DOCUMENT_TOKEN_TO_BE_REPLACED

We love the fall here at Hackaday. The nights are cooler, the leaves are changing, and our tip line starts lighting up with some of the craziest things we’ve ever seen. Something about terrifying children of all ages just really speaks to the hacker mindset. That sounds bad, but we’re sure there’s a positive message in there someplace if you care to look hard enough. 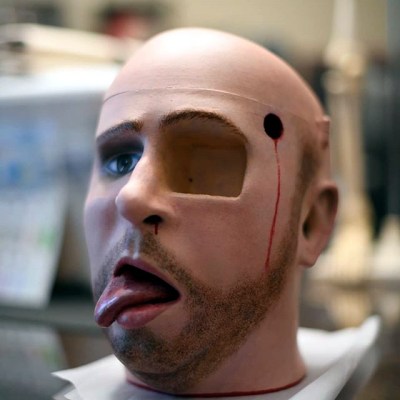 Today’s abomination is a truly horrifying human head quadcopter, which exists for literally no other reason than to freak people out. We love it. Created by [Josh] and a few friends, the “HeadOCopter” is built around a meticulously detailed 3D print of his own head. This thing is so purpose-built that they didn’t even put landing gear on it: there’s no point sitting on the ground when you’re in the business of terrorizing people from above.

Sure, you could do this project with a cheap plastic skull. But there’s no way it would have the same effect. [Josh] created this monstrosity by scanning his own head with the Microsoft Kinect, cleaning the model up in ZBrush, adding in mounts for hardware, and 3D printing the result. After doing some smoothing and filling, the head got passed off to artist [Lisa Svingos] for the final painting. He even thought to include an FPV camera where one of his eyes should be, giving a whole new meaning to the term.

As for the quadcopter hardware itself, it uses a BrainFPV RADIX flight controller (get it?) and 12×5 props on Sunnysky V3508 motors with 30A BLHELI ESCs. Measuring 1 meter (3.2 feet) from motor to motor, it’s an impressive piece of hardware itself; head or no head.

This project reminds us of the flying ghost we saw years back, but we have to admit, this raises the bar pretty high. We’re almost afraid to see what comes next.