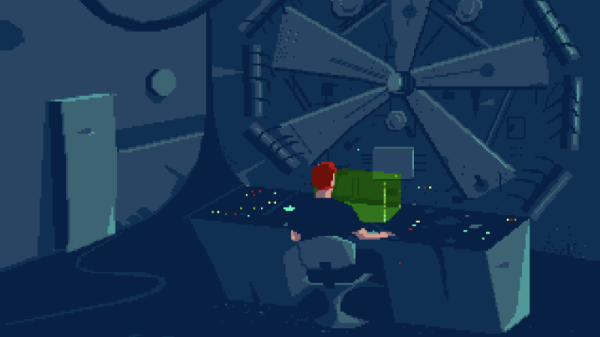 Curious about past computer architectures? Software engineer [Fabien Sanglard] has been experimenting with porting Another World, an action-adventure platformer, to different machines and comparing the results in his “Polygons of Another World” project.

The results are pretty interesting. Due to the game’s polygon-based graphics, optimizations vary widely across different architectures, with tricks allowing the software to run on hardware released five years before the game’s publication. The consoles explored are primarily from the early ’90s, ranging from the Amiga 500, Atari ST, IBM PC, and Super Nintendo to the Sega Genesis.

The actual game contains very little code, with the original version at 6000 lines of assembly and the PC DOS executable only containing 20 KiB. The executable simply exists as a virtual machine host that reads and executes uint8_t opcodes, with most of the business logic implemented with bytecode. The graphics use 16 palette-based colors, despite the Amiga 500 supporting up to 32 colors. However, the aesthetics still fit the game nicely, with some very pleasant pixel art.

There’s a plethora of cool tricks that emerge in each of the ports, starting with the original Amiga 500 execution. Prior to the existence of the CPU/GPU architecture, microprocessors had blitters – logic blocks that rapidly modified data within the memory, capable of copying large swathes of data in parallel with the CPU, freeing up the CPU for other operations.

To display the visuals, a framebuffer containing a bitmap drives the display. There are three framebuffers used, two for double buffering and one for saving the background composition to avoid redrawing static polygons. Within the framebuffer, several tricks are used to improve the graphical experience. For scenes with translucent hues, special values are interpreted from the framebuffer index by “reading the framebuffer index, adding 0x8 and writing back”.

Challenges also come when manipulating pixels given each machine’s CPU and bus bandwidth limitations. For filling in bits, the blitter uses a feature called “Area Fill Mode” that scans left to right to find edges, rendering the bit arrays with spaces between lines filled in. Since the framebuffer is stored in five separate areas of memory – or bitplanes – this requires drawing the lines and filling in areas four times, multiplying by the hundreds of polygons rendered by the engine. The solution was to set up a temporary “scratchpad” buffer and rendering a polygon into the clean space. The polygon can then get copied to the screen area with a masked blit operation since the blitter can render anywhere in memory.

END_OF_DOCUMENT_TOKEN_TO_BE_REPLACED 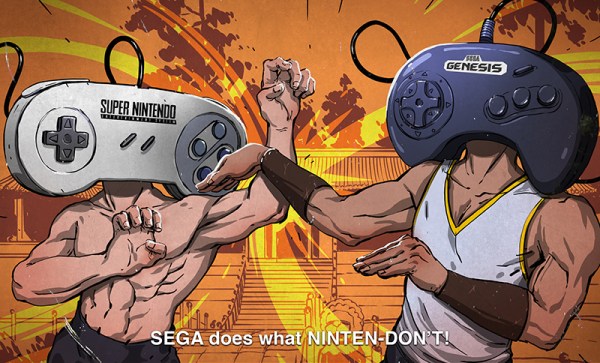 END_OF_DOCUMENT_TOKEN_TO_BE_REPLACED

Buy a computing device nowadays, and you’re probably getting something that knows x86 or an ARM. There’s more than one architecture out there for general purpose computing with dual-core MIPS boards available and some very strange silicon that’s making its way into dev boards. lowRISC is the latest endeavour from a few notable silicon designers, able to run Linux ‘well’ and adding a few novel security features that haven’t yet been put together this way before.

There are two interesting features that make the lowRISC notable. The first is tagged memory. This has been used before in older, weirder computers as a sort of metadata for memory. Basically, a few bits of each memory address tag each memory address as executable/non-executable, serve as memory watchpoints, garbage collection, and a lock on every word. New instructions are added to the ISA, allowing these tags to be manipulated, watched, and monitored to prevent the most common single security problem: buffer overflows. It’s an extremely interesting application of tagged memory, and something that isn’t really found in a modern architecture.

The second neat feature of the lowRISC are the minions. These are programmable devices tied to the processor’s I/O that work a lot like a Zynq SOC or the PRU inside the BeagleBone. Basically, they’re used for programmable I/O, implementing SPI/I2C/I2S/SDIO in software, offloading work from the main core, and devices that require very precise timing.

The current goal of the lowRISC team is to develop the hardware on an FPGA, releasing some beta silicon in a year’s time. The first complete chip will be an embedded SOC, hopefully release sometime around late 2016 or early 2017. The ultimate goal is an SOC with a GPU that would be used in mobile phones, set-top boxes, and Raspi and BeagleBone-like dev boards. There are enough people on the team, including [Robert Mullins] and [Alex Bradbury] of the University of Cambridge and the Raspberry Pi, researchers at UC Berkeley, and [Bunnie Huang].

It’s a project still in its infancy, but the features these people are going after are very interesting, and something that just isn’t being done with other platforms.

[Alex Bardbury] gave a talk on lowRISC at ORConf last October. You can check out the presentation here.