Complexity is a funny thing. In prehistoric times, a caveman might float across a lake on a log. That’s simple. But as you add a rudder, a sail, or even a motor, it gets more and more complex. But if you add enough complexity — a GPS and an autopilot, for example, it becomes simple again. The SpaceX Dragon capsule actually docks itself to the ISS. However, the crew on the station can take over manually if they need to. What would that be like? Try the simulation and find out. If you don’t make it on the first, try, [Scott Manley’s] video below might help you out.

This isn’t a flashy Star Wars-style simulator. Think more 2001. Movement is slow and it is easy to get out of control. The user interface is decidedly modern compared to the old Apollo era

END_OF_DOCUMENT_TOKEN_TO_BE_REPLACED

In the early days, satellites didn’t stick around for very long. After it was launched by the Soviet Union in 1957, it only took about three months for Sputnik 1 to renter the atmosphere and burn up. But the constant drive to push ever further into space meant that soon satellites would remain in orbit for years at a time. Not that they always functioned for that long; America’s Explorer 1 remained in orbit for more than twelve years, but its batteries died after just four months.

Of course back then, nobody was too worried about that sort of thing. When you can count the number of spacecraft in Earth orbit on one hand, what does it matter if one of them stays up there for more than a decade? The chances of a collision were so low as to essentially be impossible, and if the satellite was dead and wasn’t interfering with communication to its functional peers, all the better.

The likelihood of a collision steadily increased over the years as more and more spacecraft were launched, but the cavalier approach to space stewardship continued more or less unchanged into the modern era. In fact, it might have endured a few more decades if companies like SpaceX weren’t planning on mega-constellations comprised of thousands of individual satellites. Concerned over jamming up valuable near-Earth orbits with so much “space junk”, modern satellites are increasingly being designed with automatic disposal systems that help make sure they are safely deorbited even in the event of a system failure.

That’s good news for the future, but it doesn’t help us with the current situation. Thousands of satellites are in orbit above the planet, and they’ll need to be dealt with in the coming years. The good news is that many of them are at a low enough altitude that they’ll burn up on their own eventually, and methods are being developed to speed up the process should it be necessary to hasten their demise.

Unfortunately, the situation is slightly more complex with communications satellites in geosynchronous orbits. At an altitude of 35,786 kilometers (22,236 miles), deorbiting these spacecraft simply isn’t practical. It’s actually far easier to maneuver them farther out into space where they’ll never return. But what if the satellite fails or runs out of propellant before the decision to retire it can be made?

That’s precisely the sort of scenario the Mission Extension Vehicle (MEV) was developed for, and after a historic real-world test in February, it looks like this “Space Tow Truck” might be exactly what we need to make sure invaluable geosynchronous orbits are protected in the coming decades.

END_OF_DOCUMENT_TOKEN_TO_BE_REPLACED

Aboard the International Space Station (ISS), humanity has managed to maintain an uninterrupted foothold in low Earth orbit for just shy of 20 years. There are people reading these words who have had the ISS orbiting overhead for their entire lives, the first generation born into a truly spacefaring civilization.

But as the saying goes, what goes up must eventually come down. The ISS is at too low of an altitude to remain in orbit indefinitely, and core modules of the structure are already operating years beyond their original design lifetimes. As difficult a decision as it might be for the countries involved, in the not too distant future the $150 billion orbiting outpost will have to be abandoned.

Naturally there’s some debate as to how far off that day is. NASA officially plans to support the Station until at least 2024, and an extension to 2028 or 2030 is considered very likely. Political tensions have made it difficult to get a similar commitment out of the Russian space agency, Roscosmos, but its expected they’ll continue crewing and maintaining their segment as long as NASA does the same. Afterwards, it’s possible Roscosmos will attempt to salvage some of their modules from the ISS so they can be used on a future station. 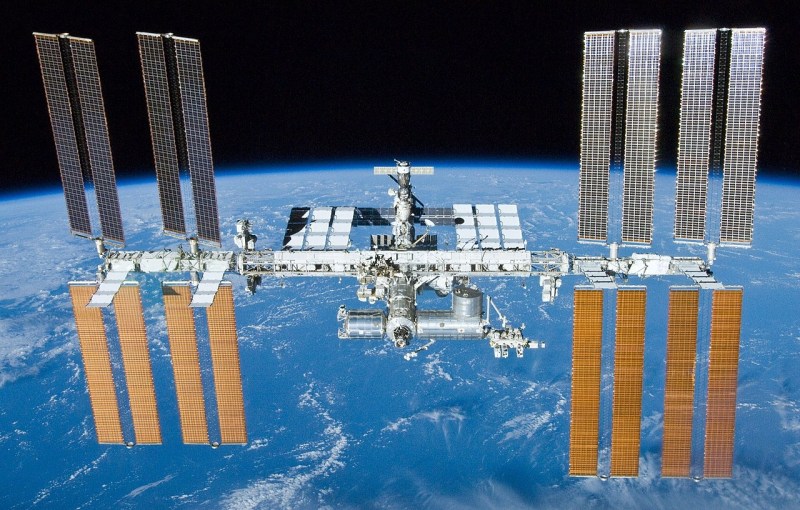 This close to retirement, any new ISS modules would need to be designed and launched on an exceptionally short timescale. With NASA’s efforts and budget currently focused on the Moon and beyond, the agency has recently turned to private industry for proposals on how they can get the most out of the time that’s left. Unfortunately several of the companies that were in the running to develop commercial Station modules have since backed out, but there’s at least one partner that still seems intent on following through: Axiom.

With management made up of former astronauts and space professionals, including NASA’s former ISS Manager Michael Suffredini and Administrator Charles Bolden, the company boasts a better than average understanding of what it takes to succeed in low Earth orbit. About a month ago, this operational experience helped secure Axiom’s selection by NASA to develop a new habitable module for the US side of the Station by 2024.

While the agreement technically only covers a single module, Axiom hasn’t been shy about their plans going forward. Once that first module is installed and operational, they plan on getting NASA approval to launch several new modules branching off of it. Ultimately, they hope that their “wing” of the International Space Station can be detached and become its own independent commercial station by the end of the decade.

END_OF_DOCUMENT_TOKEN_TO_BE_REPLACED [Marc] is pretty unsatisfied with hard drive docking stations as a whole. He says they are typically slow and unreliable, causing him all sorts of grief while he is troubleshooting a questionable hard drive. He decided to take some of the mystery out of the troubleshooting equation and built a standalone SATA power module.

Aware that SATA drives require 5v and 12v for operation, he disassembled one of his docking stations to see how it provided both voltages. He discovered that it used a simple PWM buck converter and decided to replicate it in the smallest space possible. His plan was to use a standard 12v wall wart to power the circuit, passing that 12v straight to the drive. A simple voltage step-down circuit would be built to provide the required 5v.

[Marc] reports that the power adapter is performing nicely, and he is quite happy with the size as well. He says that one major benefit of this sort of adapter is that it can be used to power any SATA drive, not just hard drives. He does mention that if he built another one, he might consider regulating the 12v output as well, so that he can power the adapter with a laptop power supply instead of a separate dedicated wall wart.